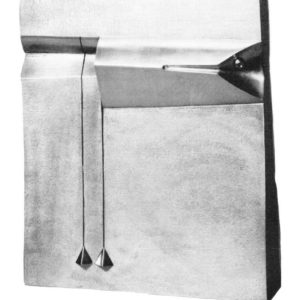 Five thousand years of Korean goldsmithing was interrupted from 1913 to 1953 due to the Japanese invasion and the Korean War. In looking back, goldsmithing or metalsmithing programs in Korea’s colleges and universities formerly concentrated on design rather than practice. Students received a technician’s help to finish the metalwork they had designed. Generally, technicians received seven to 10 years of apprenticeship, starting at the age of 12 or 14, before becoming fully trained.

In 1973, the first Korean Craftsmen’s Association was founded. At present, there are four major goldsmith groups numbering more than 100 members. More than 60 active professional goldsmiths are practicing their art with traditional and/or western technical backgrounds and flavor. Among these artists. some were educated only in Korea and others in Italy, the United States, Germany, Sweden, Austria and Japan.

The first two goldsmiths were selected for their traditional Korean design motifs. Choi Hyun-chil is an associate professor and Chairman of the Crafts Department at Hong-ik University. His work is characterized by perfectly balanced, symmetrical designs in functional silver and gold objects, which express modern ideas, feelings and interpretations. He uses the casting method, assimilating richly carved patterns of traditional design motifs of plants, insects and other animal forms. Hong Jung-sil also specializes in traditional techniques, such as inlay with fine silver and gold wires on iron, sterling silver or copper. She is a lecturer at Seoul Women’s College and has studied under living national treasures since 1975 to master and manipulate the traditional techniques of “Oh-dong-Sang-Kam.” which is similar to the Japanese mokumegane technique. Her work interprets and emphasizes an old Korean favorite theme, “Ship-Jangseng.” or 10 creatures which are the symbols of eternal longevity: Sun, Moon. Mountain, Water, Crane, Turtle, Pine Tree, Bamboo, Deer and Holy Grass. 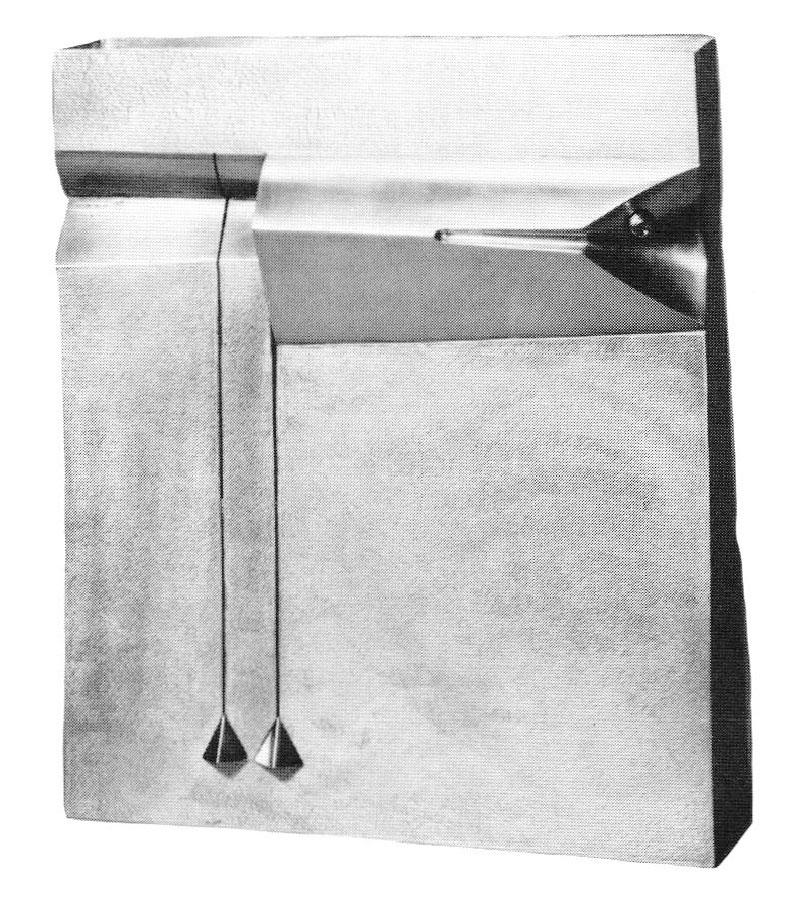 The other five artists have completed their training under the western educational system. These artists are striving to create harmony between traditional techniques and modern western influences on designs and methods. Kang Chan-kyun, an associate professor and the head of the metalsmithing department at Seoul National University, studied repouss€, engraving and marble carving at Magistero D’Arte & Institute of Marble in Italy. Emphasizing simple lines and forms in humorous but innocent childlike compositions of allegorical stories, his pieces are usually expressed with simple surface embellishments of inlays, engravings, chasings and repousses. His main media are nickel, yellow-nickel, or “Yangbaeck,” brass, sterling and colorful metal inlay in marble. Inlay works on marble are mon. umental in scale and detail. His concern for traditional Korean feelings can be easily seen through the subject matter of both his decorative functional and sculptural forms. They are favorite Korean subjects of creatures and plants.

Sung Won Lee studied at Nurenburger Academy of Art, West Germany, and now is an instructor at Won Kwang University. Lee creates functional, religious objects with ebony, sterling, gold and iron. The meticulous details show how her German training has influenced her work. The technical parts are essential and integral to the whole piece. 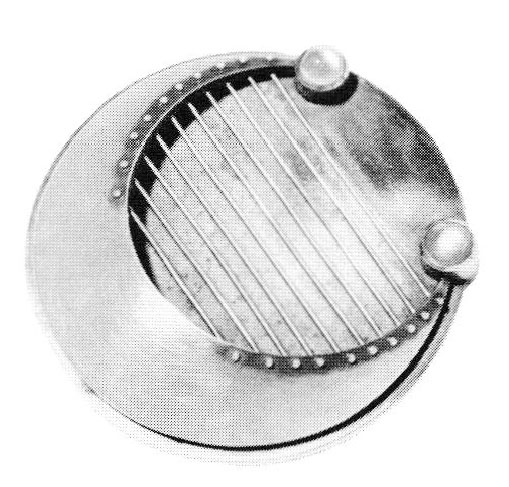 Another German-trained goldsmith is Choo Yae.kyung, who received the honor of Meister from Staateiche Zeichenakademie in Hanau, West Germany, is now a lecturer at Ehwa Women’s University in Seoul. She concentrates on precise measurement and details in functional and decorative jewelry and small containers, which are usually religious objects. Her work melds both German and traditional Korean motifs and techniques in harmonious inlay work and geometrical shapes.

Last two goldsmiths who studied in America are Yoo Lizzy and Kim Seung Hee. Yoo has two M.F.A. degrees, one from Seoul National University and the other from Tyler School of Design and is now an instructor at Seoul National University. Yoo’s jewelry and holloware are usually hollow with repousse and chasing, dye-formed and photoetched. They symbolize human figures and birds in flight with simple, rhythmical lines, basically functional volumes with sculptural forms. Her metal alloy laminations, often combined with acrylic, wood, hair, stones and ivory, are painstakingly clean, symmetrical, curvilinear and sensual. Yoo Lizzy and Kim Seung Hee jointly own and operate a craft shop, “Kum-sa-Lang,” or Gold Object Room. The shop has been run successfully since 1977. showing both artists’ functional pieces. 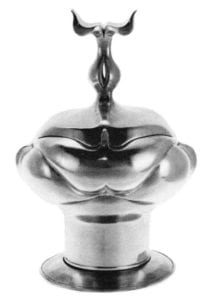 Kim Seung Hee studied at Cranbrook and Indiana University where she earned her M.F.A. Since her return from the US in 1972, she has been researching various traditional Korean techniques, such as “Oh-dong” and Korean white jade, in style as well as spirit. She is the head of the metalsmithing department of Kook Min University. Her strong determination to find traditional Korean techniques, alloys, as well as the philosophical essence of traditional design motifs induces her to take frequent walks in the mountains. This adds to her understanding of the Korean love for nature, hills, clouds, rocks, trees, birds and insects. She has been expressing these experiences in designs which incorporate nephride jade and “Oh-dong” techniques, copper’ fine gold alloy (5:15) and coloring with rotten urine (ammonia and nitrogen). Kim’s design deals with simple forms and functional objects.

Komelia Hongja Okim is an associate professor of art at Montgomery College, Rockville, MD. She is presently teaching at Hong-ik University in Seoul, Korea as a Fulbright exchange professor while engaged in research on Korean metalwork.