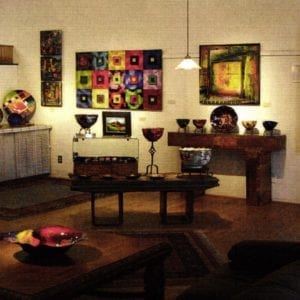 Sometime around 1989 or 1990, I got a call from a friend, Steve Kissler, who owned a small gift shop in Old Town, Mariemont, Ohio. The store was called The Shaker Seed Box and featured furniture, boxes and accessories made in the Shaker style. When he called he said two people had come in the store and in talking said they were enamelists. Steve told them he had a friend who also was an enamelist. Turned out, the couple who came to the store was Joel and Pamela Sansone and when Steve told them his enameler friend was Tom Ellis, Joel said “I know Tom from talking to him on the phone at Thompson Enamel.” Joel and Pamela were vacationing in the area, staying at the Mariemont Hotel, and in just walking around, happened on Steve’s store . This led to a meeting where I met them in person. Our phone conversations still take place every now and then. 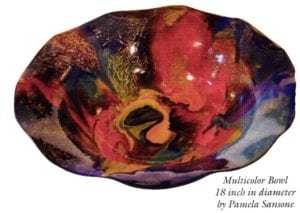 In addition to this story I got a call from an enameler from England a few years ago who has been to several of the Enamelist Society conferences. On one of these trips to the U.S., she had been traveling around California and happened upon a small town in the wine country of California. After walking around the small town, she saw a sign that indicated there was a shop selling enamels down a small side street. This shop turned out to be Sansone Studio, in Los Olivos – small world. 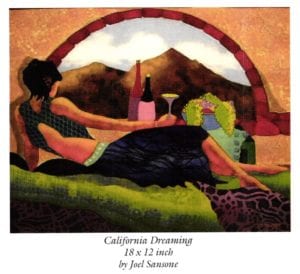 In one of the conversations I had with Joel back in the mid 1990s, he told me that some of his work was in a store in the Los Angeles area. Some of the buyers of his work were from network television as well as movie production companies. Evidently a large enameled copper bowl was purchased by NBC as a prop to be used on a sitcom. This sitcom became the long running comedy “Friends.” The bowl was placed on the coffee table in the studio set which depicted the Manhattan apartment of the characters Rachel and Monica. Joel told me about how he had used a square piece of sheet copper which he placed over a hollowed out palm stump. The copper was hammered into the depression in the stump, annealed to soften, and the process repeated until he was satisfied with the shape. The bowl was then enameled. Each time I see a rerun of the sitcom, I look for the bowl. 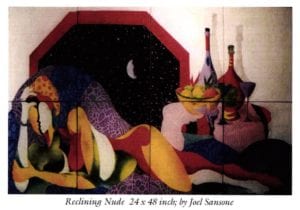 Following, Joel tells us how he got started in enameling and has listed some of his career highlights related to exhibitions, publications featuring his work, collectors and corporate buyers.

“When I was an art major at BGSU in Ohio, I had the opportunity to enroll in an enamel class. After two introductory courses, I knew this was the medium for me. In 1977, Pamela and I moved to San Pedro, CA where I set up my studio at a Los Angeles Culture Center. Of the 50 some artists at the center, I was the only enamelist. I exhibited my work at both art galleries and craft galleries in Los Angeles.” 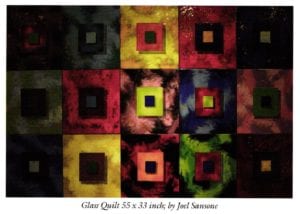 “Prior to moving to the Central Coast near Santa Barbara, Pamela’s part time enameling turned into a full time endeavor. She now creates most of the bowls, plates and various other shapes. I create some as well, although I concentrate on my enamel wall pieces. We decided that instead of supplying other galleries with our work, we would open our own studio/gallery in Los Olivos, CA, a thriving little town of wine tasting tourism. It is here in Los Olivos that we have had the opportunity to meet literally thousands of people and tell them about this wonderful art form. We now have customers in 24 countries and 48 states.” 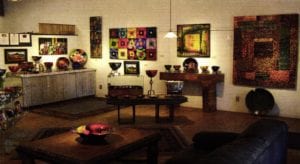