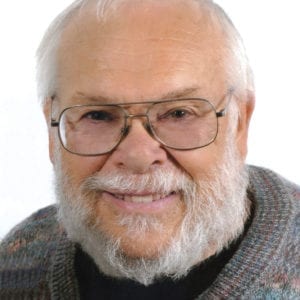 Founder of both Bonny Doon Engineering and Knew Concepts, Lee Marshall—who passed away June 25 at the age of 81 after a brief struggle with cancer—was an inventor and tool designer whose numerous creations are sure to have a place in shops and studios for generations to come.

Bellingham, Washington. “For me, and a lot of people, his innovations made an impact on how we do our work. I can’t think of anyone else who has had as much influence on studio metalsmiths.”

How far does Marshall’s influence reach? Years ago, when his Knew Concepts partner, Brian Meek, nominated Marshall for a lifetime achievement award from the Society of North American Goldsmiths (SNAG), he noted that to witness Marshall’s accomplishments, all you had to do was simply open your eyes.

“Look around any serious metals studio,” he wrote. “You’ll find a Bonny Doon press. Look at the bench of an increasing number of serious jewelers: You’ll see a Knew Concepts saw. Many people would be happy to have advanced the field like that just once, but Lee’s done it again and again. While Lee may not be a jeweler himself, he has opened the doors to processes that make the work of others possible in the most fundamental way.” 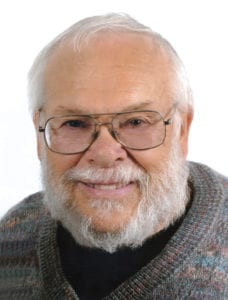 The Inner Workings of an Enabler

A tinkerer from his earliest days, Marshall got a late start in the jewelry industry. After spending years racing and fixing up sports cars, Marshall was in his 50s and working as the head of engineering for a hot-glue manufacturer when an industrial accident severely impaired his memory and mathematical abilities. As part of his rehab, he took courses at a community college, including a basic metalsmithing class. Unimpressed with the design of the hydraulic press used in the class, Marshall knew he could make a better one. And then he did just that.

He wound up making one not only for himself, but also for several of his fellow students. He also made one for the workshop instructor, who told him that she thought he had the start of a business.

At that time, most hydraulic presses were created for other industries and not designed to produce individual pieces of jewelry. As a result, many people resorted to making their own. “It was beyond most people’s capability,” recalls Binnion. “Most of the ones I saw were not engineered well. The frames would generally bend or break.”

Marshall had the idea to scale it down and simplify it for a jeweler’s needs. He was also able to produce it so that it sold for under $1,000. “Lee took the concept of the hydraulic press and created a really nice tool that was useable in a lot of configurations,” says Binnion. “Here’s a press that could sit on the bench and let you do things that would be difficult to do any other way.”

The hydraulic press launched the start of Bonny Doon Engineering. A decidedly hands-on guy, Marshall rarely produced how-to manuals. Instead, he preferred to go out and teach workshops on how to use the press. It was during one of these workshops that he first met Cynthia Eid of Cynthia Eid Designs in Lexington, Massachusetts.

“I used to see him in the vendor room at SNAG Conferences, and I had my nose up in the air, thinking I didn’t need a hydraulic press,” she recalls. “But then I started seeing him doing some things in hollowware, and it looked interesting.” After taking one of his workshops, she bought a press and then sent Marshall images of the things she created with it. Eventually she began sending him suggestions for tweaks. “He would take my suggestions, and then he started involving me in the beginning on an idea.”

One of the ideas he had at the time was for a large precision saw guide to make blanking dies. As one of Marshall’s product “guinea pigs,” Eid gave the guide a try. She loved the saw so much that she started to use it for all of her sawing, despite its size. She particularly liked a feature in which the blade’s tension could be adjusted with the twist of a screw.

“I didn’t have to jam the saw frame into my chest anymore to tighten blades, even though the saw was a foot and a half tall,” says Eid. “I told him he could make a difference in the jewelry industry with this saw. I kept nagging him for three years.”

Eid continued recommending that Marshall develop the saw for use in the jewelry industry, but Marshall was unconvinced that jewelers would want to pay the $50 he estimated such a saw would cost to produce.

In 2005, Marshall decided to retire and sold Bonny Doon Engineering to Phil Poirier of Poirier Studio LLC in San Cristobal, New Mexico. “Six months later, he called me and said he was bored, and did I remember that saw he had made,” says Poirier. “He thought he was going to head back in that direction to see what he could do. That formed Knew Concepts.”

Marshall launched his new business and, after a bit of trial and error, the Knew Concepts saw was born. “It took off,” says Eid. “Having the vision to change the jeweler’s saw, which had not been changed in hundreds of years, is huge.”

Aside from its lightweight, unique shape and blazing red color, what helped make the saw so revolutionary was a combination of a rigid frame and a tensioning system that allowed jewelers to easily install and tighten saw blades. The saw was so impressive it even caught the eye of the judges of MJSA’s 2007 Innovation Awards, who honored Marshall for his creation.

As shown by his short retirement, Marshall was not one to sit still for long, and over the years he continued to tinker with his saw, always trying to improve it.

“Lee was friends with jewelers,” says Meek. “And he was always trying to make his friends’ lives easier. He knew he had the skills to make things most jewelers don’t. He would see his friends suffering, doing things the hard way, and [he’d] say, ‘Let’s fix this.’ I think he liked knowing that their lives and work were made easier because of him.”

“While Lee may not be a jeweler himself, he has opened the doors to processes that make the work of others possible in the most fundamental way.” —Brian Meek

Poirier concurs with this assessment of his old friend: “He was an enabler. He made things happen to enable jewelers to be able to produce pieces better and more efficiently.”

Following Marshall’s passing, Meek will take over the Knew Concepts business. He plans to finish up a couple of Marshall’s last projects and then introduce a few surprises of his own. While Marshall may not have a direct hand in the new tools to come, they’re sure to be in line with his dedication to making the lives of jewelers easier.

“A big part of his success,” Binnion says, “was his ability to reach out to people and listen to what they had to say [about their work],” then produce a tool that could do it better and faster. “His whole business was built on empowering people to do different things… He got a real kick seeing the things we did with his tools.” **