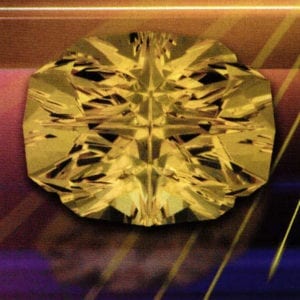 Not so long ago, it was considered impossible that any product, let alone high-end jewelry and gemstones, could be sold via the Internet. But the industry’s first steps into cyberspace revealed that consumers were willing to spend money on these good without going into a store. 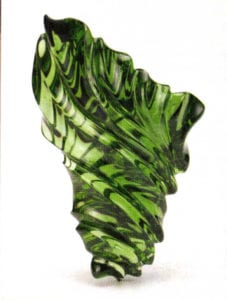 Now, gem artists are finding a presence on the Internet, using it as a way to market, promote, or sell their work. By creating Web sites, gem artists have opened up some previously unattainable doors, reaching an audience that may never have been exposed to the world of gem sculptures and carvings. 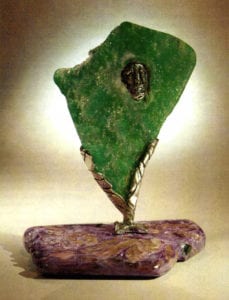 The Emergence from Serras-Herman, a sterling silver sculpture set in drusy smithsonite with a charoite base; photo by Michael J. Colella.

Just as the gem art world is full of unique approaches, gem artists who maintain Web sites have differing views on the most effective ways to use those sites.

For some, a Web site is an added bonus that complements an in-person meeting at a show or a store. It offers potential or existing customers more information on the artist, gem material, and gem art in general, and may very well help to close the deal. 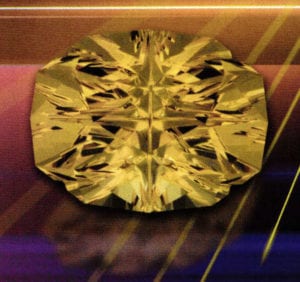 “[A Web site] is your business card, your ‘cyber portfolio,’” says carver Helen Serras-Herman of Gem Art Center. “You don’t have to carry heavy portfolios with photos of your work anymore . . . You can put up as much information as you like about you and your work, and the viewer can take their time — or not — to go through your Web site.” 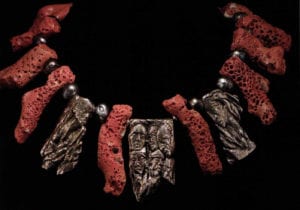 Philip Louer, president of North American Gem Carvers, agrees, saying that his company’s Web site is more of a “virtual catalog [and] a support mechanism” that acts as an educational tool for customers. He notes that initial contact is usually made at trade shows or galleries, but he will send customers to the Web site to learn more about the artists he represents and the gem art that is currently available.

For a wholesale company like Jewels From the Woods, a Web site can be used to direct members of the public to retailers who sell their work. Proprietor Larry Woods says selling online would “potentially undercut our wholesale clients. . . . We do not sell online, but use our Web site to promote the stores and galleries that carry our products.”

Likewise, carver Sherris Cottier Shank of Gemscapes says that when she developed her site in 2004, her goal was to communicate with jewelers, not retail customers. “I really only use it as a reference tool when I am talking to clients on the phone. I can say, ‘Look at this gem carving on my Web site. That’s the style I’m discussing.'” Shank posted pieces she had in stock and now treats them as examples of her work, since most of them have been sold.

On the other hand, some artists, like Rick Stinson of Stinson’s Gemcutting, sell directly online. Stinson finds that many people who visit his site make a purchase, even if they are discovering gem art for the first time through his site. 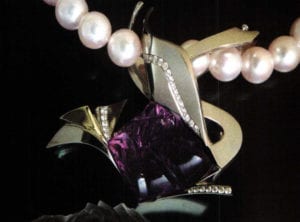 A 26.45-ct. amethyst carved by Sherris Cottier Shank was set into this necklace by David E. Lee titled The Swan Takes Flight.

“When my site is discovered, there is often such surprise and wonder that this art even exists and is available. Many of my new customers are aware of different gems, but really don’t have much of an idea what can be done with them besides faceting or cutting cabochons,” he says. The global reach of the Internet has allowed him to showcase his work to a wider audience, which has increased international sales. Overall, his Web site has led to a notable increase in sales, and he reports virtually no problems selling online.

“Overall sales of higher-end art pieces have definitely increased due to the Web,” he says. “When quality and service have the right presentation, and it’s backed up with a prompt response, then I find customers are very willing to spend a lot of money buying online.”

In order to increase sales, a site needs to attract traffic. Because gem art is a niche market, it can be difficult to create a buzz on the Internet, but some gem artists have been successful. 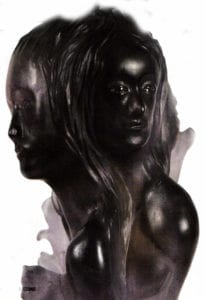 The service he and his wife, Stacia, signed up for when they posted their Web site in 2000 has been successful in increasing their online presence. Although this service comes at a price, it was a worthwhile investment, as he has seen a dramatic increase in traffic.

Other gem artists develop and maintain their own Web sites, using their skills to draw in customers. Stinson created his first Web pages in the late 1990s and continues to edit the site and develop graphics.

“I took a course to learn HTML code when the Internet phenomenon was really taking hold, back in the ’90s,” he says. He continues to pay close attention to the mechanics that search engines use in order to increase traffic. One important factor is “metatags,” keywords embedded into the programming code of a Web site that a search engine can pick up on. For example, a site whose metatags contain the term “gem art” is much more likely to show up in search engine results when someone searches for those words.

Another approach is to ensure that Web domains are clearly visible outside the realm of the Internet. Serras-Herman gets positive results by promoting her Web site directly to potential and existing customers.

Not all gem artists find the Internet to be an effective marketing tool for their business. Even some of the ones who have embraced marketing in cyberspace agree that gem art needs to be seen in person in order to truly appreciate the time and effort that goes into each piece.

Although she has a Web site, Shank has not updated it since its creation, finding that in-store “roundtable” shows are the best way to generate sales. These promotions offer a hands-on approach that gives customers a chance to see and touch the stones, she says, which is key to making a sale. She occasionally gets online inquiries from the public, but she finds that the time she must spend educating potential customers is rarely rewarded with a sale.

And while the Internet is a great way to provide information, the beauty and craftsmanship of gem art is difficult to capture online, notes Charles Ellias of the North American Lapidary Laboratory. “A picture doesn’t do [gem art] justice — it is so much more amazing in person. . . . Customers need to see it, feel it, touch it.”

Serras-Herman agrees. “It is difficult to sell art through a screen. . . . I rarely have direct sales through the Web site, but customers who have seen my work online will come to see me at a show to make their purchase there.”

Then there is the question of time and money.

“I am so busy cutting and carving that it’s hard to think about changing much on my site,” Stinson says. “The challenge for me now is to take care of it by maintaining current inventory and information.”

Money can be the biggest concern for gem artists, who spend money on marketing in order to make money, says Ellias. Sometimes gem artists have to “decide [whether] to pay for advertising or [purchase] new tools and rough,” and Web sites don’t always win that battle.

Despite their reservations, most gem artists agree that online marketing and promotion will play a larger role as time moves on. Gem artists as a community are now looking for new ways to expose their work to more people and to promote gem art as a whole.

Consumer awareness and education are top priorities, in hopes that they will lead to more recognition and sales. Gem art is still relatively new, Ellias says, so it may be just a matter of time, awareness, and funding for marketing to be effective.

Both the Gem Artists of North America — an organization formed to bring gem artists together and increase awareness of the art — and Jewels From the Woods are now in the process of increasing the educational content of their sites.

Nowadays, those without a presence on the Internet are the exception to the rule, as gem dealers, jewelry designers, and gem artists recognize the perks of reaching the global audience in cyberspace. The presence of gem art on the Internet is here to stay, but only time will tell whether online marketing and promotion will lead to a deeper understanding and awareness of such a unique art form.