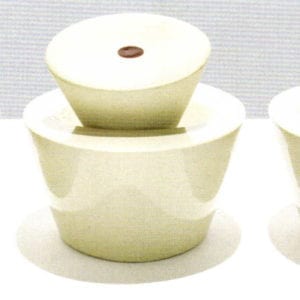 This year, Denmark is celebrating its centennial anniversary as a design nation. Indeed, the country nestled between the North and Baltic Seas has a rich wealth of design products that are either numbered among modern classics or see themselves as archetypes of a product culture. 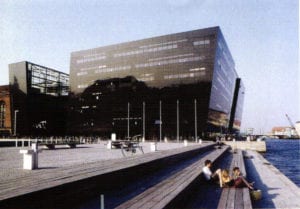 “The Black Diamond” on Kierkegaard Plads in Copenhagen

Denmark has two design personalities among the true luminaries on the international scene. The silver manufactory Georg Jensen, which turned 100 in 2004, and the designer Arne Jacobsen, who celebrated his own 100th birthday in 2002, acted as inspirational sources for Danish design. In general, one links the term Scandinavian design, which also includes Danish product design and traditional handicrafts, with interior design objects such as furniture and lamps, porcelain and ceramics, along with decorative objects made of glass. 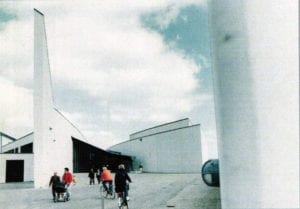 If silver could speak, it would be in Danish

Georg Jensen is one of the most important pioneers in Danish design and handicrafts. The silversmith, who died in 1935, founded a family business in Copenhagen, which very early on cooperated with artists, producing a successful synthesis of crafts art and avant garde. The Jensen silversmiths played a substantial role in ensuring that the silversmith trade remains very lively in Denmark even today. The tradition of Danish silversmiths stretches back into the 15th century and has always been funded and supported by the Danish Royal Family. “In Denmark, people do not like things that have no purpose, but they should always include a subjective taste of beauty”, is a popular opinion among Denmark enthusiasts. This beauty is most accurately described in the term understatement. Danish handicrafts have always been characterized by a skillful – mostly colorfully reserved – use of material and its precise implementation. In Denmark, and indeed in the entire history of Scandinavian culture, jewelry has played a less significant role. “The design work is characterized by a high product culture, which is centered more strongly on series production and less on weighty, unique items. An additional factor is the extremely strong traditions in the silversmith trade, which educated a large number of silversmiths due to its commercial strength”, says the Denmark expert Wilfried Moll from Hamburg. The German silversmith, whose father was a Dane, also learned the trade of a silversmith in Denmark once completing his goldsmith qualifications. Since then, he has worked as a silversmith. 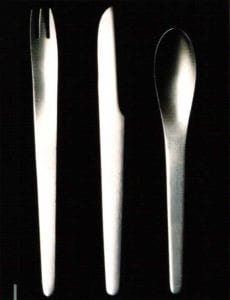 “Ants” and “eggs” made of plastic

The most important representative of Danish design styles was the architect Arne Jacobsen, who created chairs, lamps, glasses and cutlery. He was a modernist and minimalist who tested the limits of what was technically possible in his constructions so that they should be as elegant as possible. Jacobsen was also an aesthete with a firm sense of what the modern materials he was working with could offer. His most famous designs, for example the stackable “Ant” chairs or the “Egg” seat bowls, are a staple attraction in private and public spaces and have created entire successor generations. As a creative counter-pole to Arne Jacobsen, Verner Panton designed his famous Panton chair in 1960, the first chair that was made entirely of injection-molded plastic and that was constructed by Herman Miller until 1975; it is now produced by Vitra. Panton worked on this plastic chair for ten years, more than anything else, it became an icon for the seventies design. The plastics technology developed in the seventies gave Panton all of the formal freedom for putting his design ideas into practice. Denmark’s most spectacular design export was the interior design for the publishing house skyscraper owned by the magazine “Der Spiegel” in Hamburg; Panton’s contribution was to design the canteen in glowing colors and with futuristic forms. 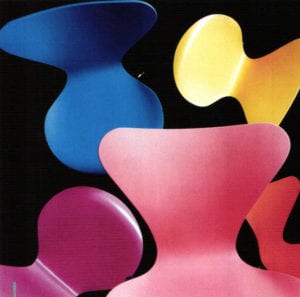 No. 7, Chairs by Arne Jacobsen

The fact that Danish design is significantly more than a fashionable trend can be seen in the metropolis, Copenhagen. In the Danish Design Center on Tivoli and in the History of Industrial Art Museum behind Amalienburg Castle, everyday art and consumer durables are shown in their historical contexts. The exhibits include numerous products that today have a cult following. Conversely, in the city center of Copenhagen, young designers present their own work in their shops and galleries, appearing to spite the legendary design icons. This is where young jewelry designers, wishing to draw attention to themselves with their modern and yet characteristic language of forms, present their collections. 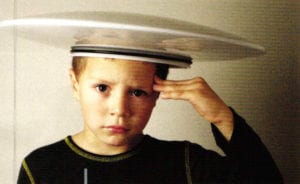 The Discus Lamp by Arne Jacobsen, 1963

Gallery Metal sees itself as an important representative of contemporary jewelry art, representing famed national and international jewelry artists and equipment designers (hallowware). Gallery Metal, which was founded in 1978 by Jan Lohmann and Peder Musse, is Denmark’s oldest jewelry gallery. It is now run by a group of young Danish artists. The gallery members are represented in a permanent exhibition. Topical exhibitions and individual exhibitions with renowned international artists are also a set element of the program. Gallery Metal has produced the jewelry designer Kirsten Clausager, who completed her education at the Art Craft School and the Institute for Precious Metal in Copenhagen. She now works as a freelance jewelry designer in Copenhagen. 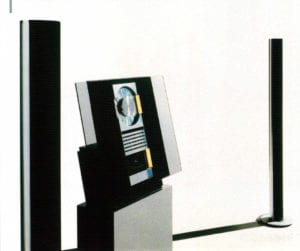 Romie and Manfred Werner are two artists who do offer individually designed jewelry, although they also draw more strongly on traditional forms. The Werners use the “Small Art Workshop” they founded on the island of Langeland in order to present objects and jewelry that is made entirely using crafts skills and that quite deliberately has a striking, unique character. Personal background and preferences are mirrored in much of their work Romie Romero-Werner draws inspiration from the culture in her country of birth, Chile. The work by Manfred Werner is characterized by his passion for North Greenland and the polar Eskimos living there. The materials that he uses are taken from the habitat in which the Eskimos live. He brings back with him an unusual jewelry material from the most northerly cultural region in the Danish state when he visits the whaling communities Thules: he artistically carves sea unicorn or walrus teeth and combines them with metal. 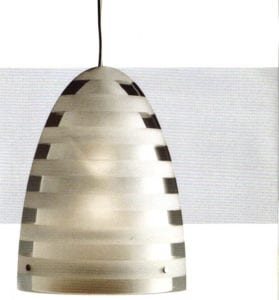 The strength in Danish design is found in the positive interaction between crafts, arts and design. Even if there are discussions among experts how large the influence of each discipline may have been on the emergence of Danish design over the last 100 years, the Danish handicrafts trade does put in a united appearance at the international trade fairs. The Information Center for Danish Crafts is a noncommercial institution, which offers the craftsmen and –women a forum and which opens up new sales channels through promotion and public relations. In almost an obstetric capacity for young designers, Danish Crafts exhibits at the major consumer durables fairs and conveys Danish arts and lifestyle in an annually updated exhibition of the various trades. The customer target group consists of modern design businesses and furniture houses in large cities. Over the last few years, interest has been specifically focused on the jewelry designers on the Danish design scene. The jewelry by Anette Dreyer, Mette Laier Henriksen and Inger M. Larson is not dominated by gold, silver or gemstones. It does not wish simply to be beautiful or functional, it wants to show character tell stories and exude joie de vivre. 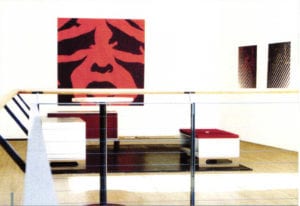 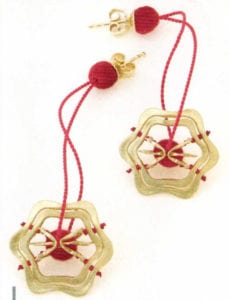 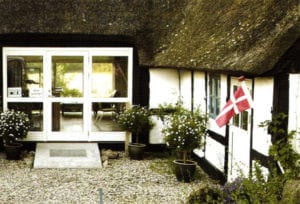 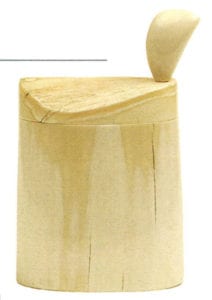 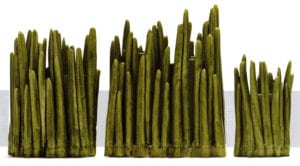 Necklace with seal-pendant by Manfred Werner 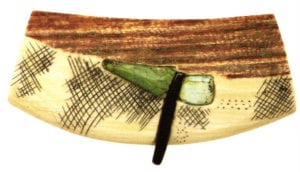 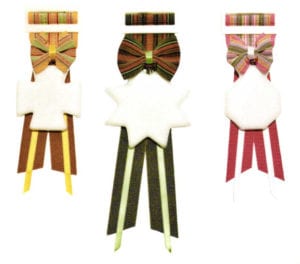 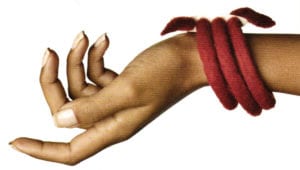 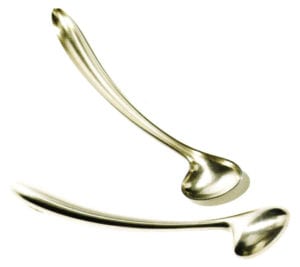 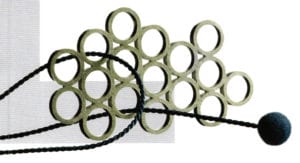