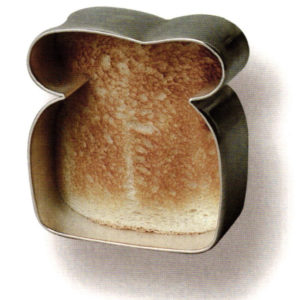 Recent cultural developments in America can be characterized by a conspicuous blending of manner and subsequently, class distinctions. The image projected by a wealthy celebrity or powerful executive clad in faded jeans and a plain white T-shirt is not atypical nor undesirable. The established upper class’s seemingly casual and sometimes scruffy approach to life appears little different from the attitudes shared by the middle and lower classes. This blurring of social lines extends beyond the casual spirit of dress down Fridays and sexy five o’clock shadows into society’s preferred forms on entertainment and even the foods we eat. 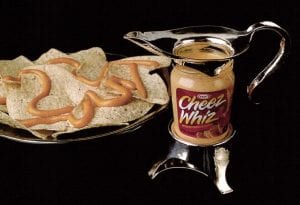 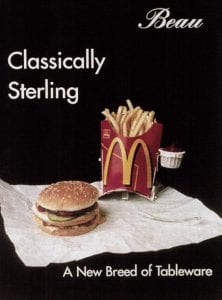 The works of metalsmith Meredith Beau shed light and offer commentary on this curious cultural phenomenon. Beau creates eating utensils inspired by the types of food typically eaten today. The artist claims the wealthy are just as likely to eat Cheese Whiz as are other members of society. By producing food specific utensils like her Cheese Whiz Server in expensive and socially charged materials such as sterling silver Beau enables wealthier processed cheese food lovers to subtlety distinguish themselves from the masses. 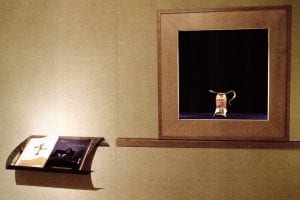 Beau’s works encourage the viewer to consider the complexities of class and consumer demand marketing. The artist developed a series of bogus advertisements after realizing there was a need to educate the viewer about proper use of the utensils. When seen in a traditional museum/gallery context, the objects are installed next to their corresponding advertisements. Beau’s “New Breed of Tableware” maintains the elegance and formality of an antique silver tea service and contributes to the contemporary cultural dialogue. It is refreshing to see a female artist abandon the all too typical thematic implications associated with broken hearts and ovaries in favor of an approach laden with wit and irony. 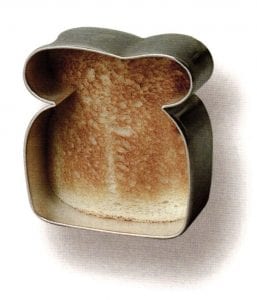 Summer Orndoff is an M.F.A. candidate in art history at the Savannah College of Art and Design in Savannah, Georgia. 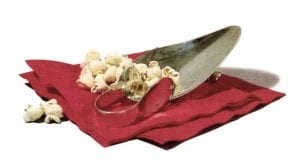