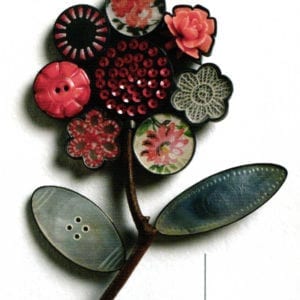 Diana Porter: To Make Something Change

Diana Porter: “I love all of it – my beautiful spacious shop in the center of Bristol with our workshop behind it; working with the team of 5 jewellers producing my collections and making commissions; choosing and showing in the work of 80 designer/jewellers in the gallery. I enjoy the whole business – it’s a dream come true!” 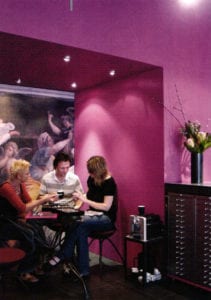 Inside of gallery, wall with mural showing Raphael’s ‘The Sibyls’ 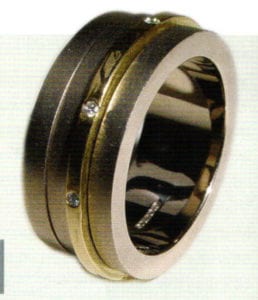 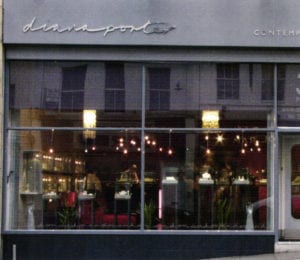 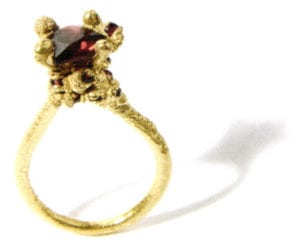 In 1990 Diana Porter went to the University of Central England to do a 3 year full time degree course in Jewelry and Silversmithing. “I love the way that working with metal centres and concentrates my mind.” Leaving the college in 1993 Diana immediately started her own business, making jewelry in her front room. In 1999 she was awarded Jewelry Designer of the Year by the BJA – British Jewellers Association. Diana’s collections are best known for words etched into silver or gold and her personalised commissions often come from celebrities, such as Daddy G of Massive Attack. She now supplies 100 galleries and shops in the UK, Scotland and the USA.

Diana’s career has been rich and varied: She was originally interest in acting but went on to train as a teacher before finding her niche in arts administration. She spent 20 years running theatre companies and organizing arts events, including Birmingham Women’s Festival, and she also pioneered a community arts centre in Bristol. She campaigned for increased arts funding, for equality of opportunities for women, disabled people and ethnic minorities and demonstrated against nuclear armaments. It’s not surprising that this active woman recently travelled to Bolivia searching for mines producing ethically/responsibly mined gold and silver. 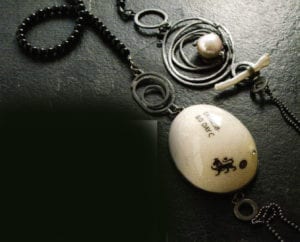 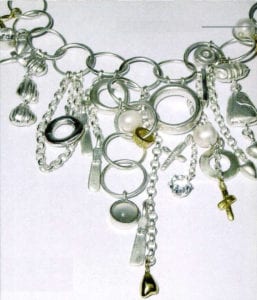 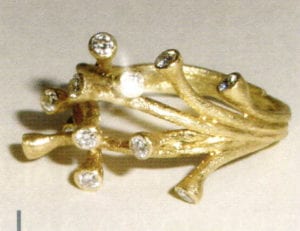 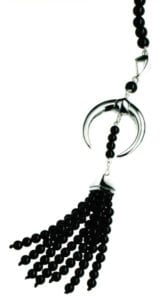 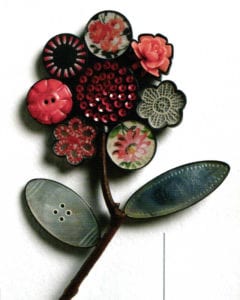 The mining industry has a long and distasteful history of environmental and social abuse, which is now being highlighted by the Earthworks/Oxfam campaign, ‘No Dirty Gold’. Diana says “In Bolivia we met artisanal miners who, like their neighbours in Columbia, are working toward Fair Trade standards. But there is not enough responsibly mined gold to go round. Bolivia is still a major source of un-mined silver and the Canadian giant, Apex Silver, has developed an environmental policy and is about to start an open mine there. Mongolia is the latest source of large quantities of un-mined gold and it is here that pressure should be exerted to implement good social and environ mental practice.” Diana Porter returned from a month of fact finding in South America in October in time to celebrate the first anniversary of the opening of the shop at 33 Park Street. Her gallery situated on a historic Bristol hill in a privileged area of boutique shopping, selling top designer engagement rings, is a long way from the poverty she experienced on the streets of Bolivia. Whilst continuing to search out innovative jewelry designers at shows such as Inhorghenta in Munich, and Origin in London, her mission now is to raise awareness in Europe and to help to create a demand for ‘responsibly mined’ gold/silver throughout the jewelry industry. “At the moment there’s not enough responsibly produced gold for my own use, let alone the whole of the Jewelry Industry.”