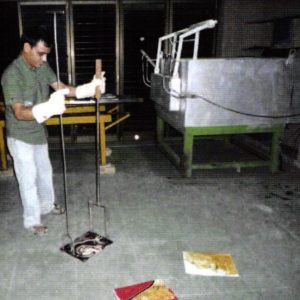 After a long break we have restarted the JSW Enamel Studio, Vashind, Mumbai.

A major effort was made in October 2004 to set up this facility for large scale enamel on steel with the combined efforts of Ms. Sangita Jindal and Ms. Veenu Shah of the Enamelist Society at Jindal South West, Vashind. After two workshops, Dec. 2004 and Dec. 2006, due to some internal problems the studio was shut down and the kiln was placed to the scrap store. 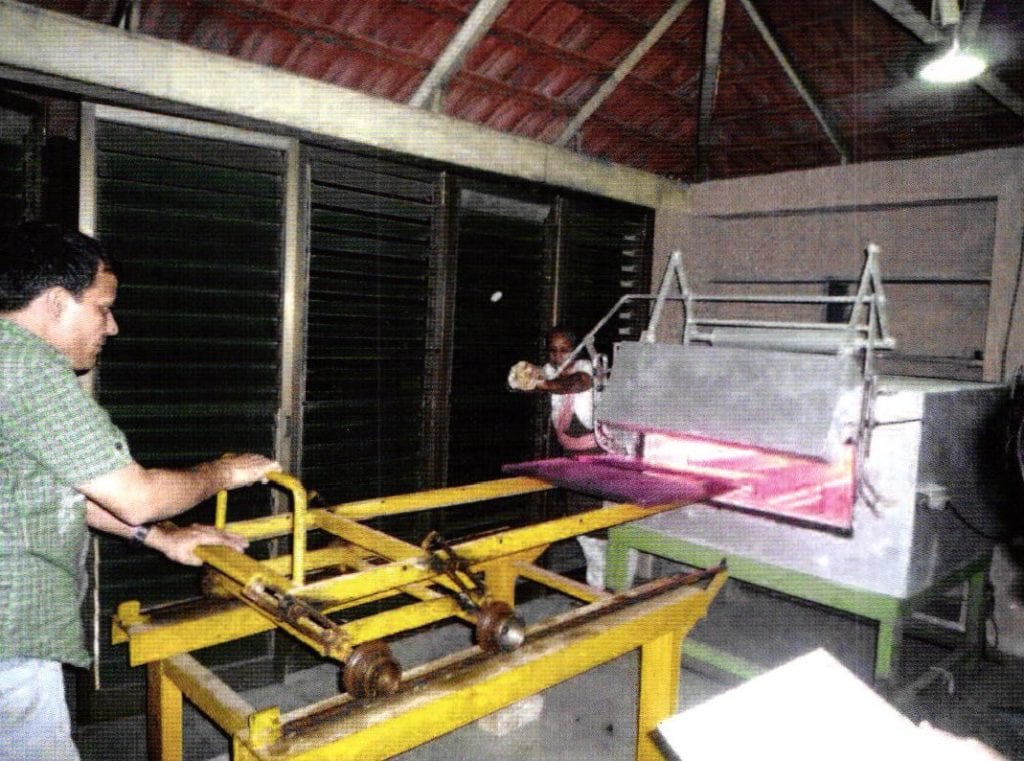 The process was started again to open the studio in 2008, and after a long process and a lot of official formalities, approvals, discussions etc. we finally have been able to restart it on a self financed basis.

A successful workshop on large scale enamel on steel was organized by Kana Lomror from January 3-9, 2010. We got the bare steel sheets (26 x 26 inch) from Jindal Steel Factory. We fabricated them ourselves and did the whole process at the studio. Except for some technical problems, we have finished the whole process successfully. Since we were not expert in steel grade selection and pre-coating process we have faced problems of chipping enamel in between and some crackles in certain areas. The ultimate effect was quite exciting and satisfactory. 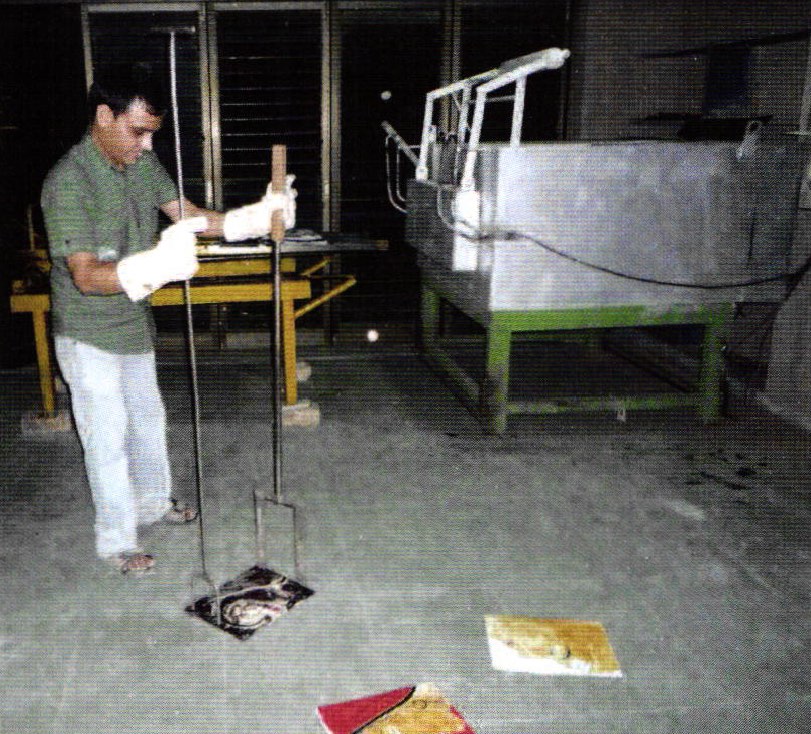 For the next workshop, we are trying to get coated sheets from industry and also copper sheets to increase the options for the artists. In this workshop 10 participants (ages 26-69) took part. Most were painters and metal artists who graduated from reputed fine art institutions. It was a wonderful interaction with a new medium and they have enjoyed it a lot. Our most senior lady artist Divyani Parikh’s feet swelled while working continuously for seven days. Her family called her to come back immediately and take rest but she replied “If I’ll be allowed for one more week I’ll prefer to work here instead of going home and taking rest.” We can hear how much they have enjoyed enameling on steel.

Now we are in the position to accommodate artists/enamelers from any part of the world to come and work here at reasonable costs. It will be cheaper than any other country. We have very good guest house facilities and food. We are increasing the varieties of metals, enamels and equipments for experimentation in many directions. We are planning three workshops/symposiums a year. The next workshops are planned for September, October and December, 2010. Final dates will be determined soon.

We would invite artists/enamelers from all over the world…let’s come and enamel together. For further information contact Kana Lomror at http://timelessmoment302.blogspot.com/

All articles by this author
Previous Sansone Studio: Famous Enamel Works
Next How to Make a Bezel
Social media