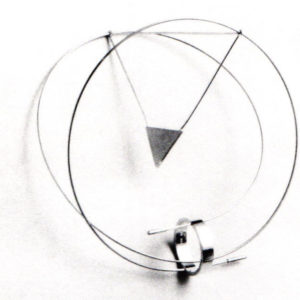 Undeniably, American crafts of the 20th century have been influenced by Japanese esthetics. From raku to mokumé, American crafts would not be what they are today without the Japanese connection. So, when I moved to Japan two years ago, I was eager to trace the roots of this influence and to see how that country’s craft movement has developed in recent times.

Although I visited many small galleries, my search actually began and ended in the department stores of Tokyo, institutions which make Harrods or Macy’s seem inadequate. With as many as 12 floors and always at least one art gallery, if something cannot be found in a “Depaato” the Japanese might politely suggest that it is wiser to rethink why you are looking for it. A newspaper announcement of an exhibition, of perhaps a 12th-generation metalsmith-maybe even a son of a Living National Treasure, would send me scurrying off, expecting a profound esthetic experience.

Instead, with few exceptions, what I would find would be an exhibition of immaculately fabricated objects, usually for the tea ceremony, which were almost identical to those made 12 generations ago. The pieces would inevitably be superficially beautiful but, lacking a depth of feeling that must certainly have been present in their first incarnation, they were lifeless. It was obvious that the metalsmiths reason for creating the work was not to express a personal statement, as in the West, but to express universal beauty in the traditional Japanese manner. 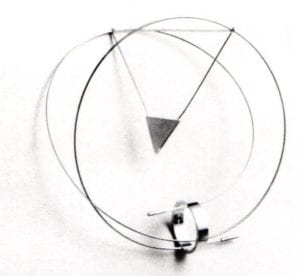 In the States, I was frequently forced to debate the proposition that today’s metalsmiths are inferior to their forebearers because they are incapable of creating the exquisite work of Fabergé or that of the great goldsmiths of the Renaissance. Now confronted with a craft movement that only seemed capable of recreating the past, all I could think of was – l told you so.

Many exhibitions later, and just as I was giving up hope I saw a notice for a juried exhibition sponsored by the Jewelry Designer’s Association promising 603 unique pieces of jewelry. And sure enough, here at last was a show of truly contemporary work, using everything from titanium to cement, and even including several non-wearables. Yet, with a few superb exceptions the work here was as lifeless as is traditional counterparts. Surprisingly, I found the explanation for this in the bilingual catalog. A statement by juror Kenji Ekuan was awkwardly translated to read, “A good work has originality and can be used every day, and not be too individualistic in order to show its identity and lose its concern for the wearer.”

And then it all made sense. Imagine a work of art in America being condemned for being too individualistic. But here in Japan, where conformity is highly prized and individualism is considered an antisocial act, where drawing attention to oneself in any way is avoided and personal feelings are rarely expressed, it was perfectly logical. 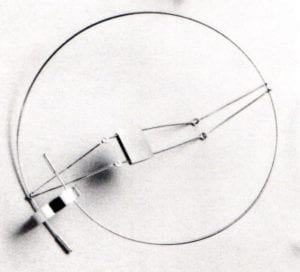 Creating a piece of contemporary jewelry that is a personal expression of the artist’s vision is antithetical to the Japanese mentality and was beyond the scope of most of the exhibitors. Many pieces displayed more gimmickry than creativity and were clumsy and awkward, probably reflecting their creators’ discomfort in working in this mode. Because the artists must have had a difficult time envisioning someone individualistic enough to actually wear these experimental pieces, the work often did not clearly relate to the human body. I think it is only because jewelry has no tradition in Japan that these artists dared attempt to work in a contemporary style at all. When it comes to other forms of metalwork, the traditional standards are rarely, if ever challenged.

Now switch to America. On my rare trips back to the States, I hunger for metalwork that contains ideas and personal statements, that is a vehicle for expression or provocative investigations – words that are interspersed throughout Metalsmith’s pages. But I also find myself looking at crafts somewhat differently today than I used to. Rather than taking it for granted that an object will contain the aforementioned qualities (and perhaps reading into it more than is actually there),

I assume nothing and wait for a piece to metaphorically speak to me. Sometimes it does and I leave an exhibition with my appetite momentarily sated. But far too often, I find myself confronted with a piece that reminds me of the classic party bore who never stops talking (it contains the latest design motifs, the most “in” materials and the newest techniques), but has nothing to say. And then I wonder, if the artist had no personal statement to make (and it is unlikely that a contemporary American metalsmith would try to express universal beauty), why was this made?

If more metalsmiths asked themselves a similar question before they picked up their tools and did not actually begin a new piece until they came up with the correct answer – “Because I have something to say” – l think the quality of American metalwork would be significantly enhanced. As for Japanese metalsmiths, with their refined technical ability and acute sensitivity to materials, if they were to spend some time in a society such as America, which fosters originality and creativity, their potential would be unlimited.

Deborah Norton is a writer, now living in London, who spent two years in Japan. She is a contributing editor to Metalsmith.