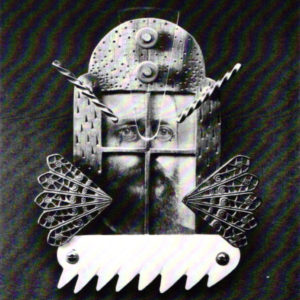 This column is about fashion. I have been writing it for a couple of years now, still with some trepidation. Every time I pick up a new issue of the magazine, I hope to find more on the subject, some repudiation that I alone am enamored with fashion’s implications for art and life.

One thing that is hard to overlook when you are writing about fashion, about change for change’s sake in the world of metalsmithing, is that you sense the watchful eyes of academia upon you. There is a righteousness that echos of sanctimonious estimations about timelessness and beauty in the production of jewelry and holloware or, for that matter, metal sculpture. I hear it in idle talk throughout the community and I hear it confirmed in the formal dialogue in this magazine.

Now, I don’t intend to thrash other writers and columnists who write here; that would be an act of impropriety and coarsely unfashionable. Nor do I wish to lament the insularity of their “academic” positions, since more than occasionally I have been accused of taking fashion as more than what it is commonly held to be – a chance, unpredictable shift in public taste. But what I want to do is simply voice a deeply felt concern for what I sense is a narrow, even closed dialogue.

In embarking on a fashion column, I had presumed that the metalsmithing community commonly acknowledged that metalsmithing was an all-embracing endeavor of intrinsic value, and thus a worthy subject to be looked at from many different perspectives: social, political, psychological, cultural, esthetic, economic, philosophical, practical and fashionable. I had also thought that this situation was primarily the result of pioneering educators who brought metalsmithing into academia to be fortified by history, theory and research.

Circumstantial evidence, however, points to the fact that life inside academia is not the stronghold of essential truths we expect it to be. The New York Times recently wrote that a report on higher education indicated that many college teachers are poorly trained to teach and those who do become good teachers are not rewarded. The article caught my attention with the shocking headline: “Too seldom is collegiate teaching viewed for what it is: the business of the business.”

Anyone who has passed through secondary education and higher learning knows that teaching is valued differently in each system. In “lower” learning, teachers are hired by assessing their prowess at pedagogy, with little worry about their proclivity for any specific subject matter. In higher learning, teachers are hired on the basis of a special knowledge of subject matter (scholarship), or a special skill (technician), or even on their achievements in the private sector. Pedagogy occurs in college teaching through classroom trial and error. 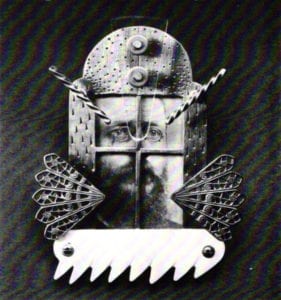 Despite the above charge about business, academia still fiercely maintains its legitimacy. Professors stand as “tellers of truth,” seeing their role as a private affair, conducted in the closed environment of the studio/classroom and protected by academic freedom. In a democratic vision, there could be no more appropriate symbol than the independent pursuit of virtue as a human being’s inalienable right. Maybe that is why I am so conscious of “them” looking over my shoulder.

So, what is so alarming about the erosion of teaching skills, and why does it cause my fear of the academic gaze? Well, the erosion of teaching skills has a practical consequence for education, one that The Times said “demands artful and imaginative presentation as well as the ability to establish a classroom environment enabling students to construct knowledge plausibly and sensibly.” But also, every time a teacher stands before his or her students and attempts to inculcate them with specific knowledge, he or she attests to the “collective responsibility” of all teachers in that discipline. It is the ultimate sign of personal and professional affirmation when a professor wishes to “teach” others. This action of teaching actually binds the community in the long run. If it were not for the desire to teach, the crafts would be in a woeful state today. If it were not for teaching, craftsmen would not only be without skills but also without the fortitude in belief that what was taught was something bigger that the teacher’s own idiosyncratic way, something that was respected by a larger community and sustained by that community.

I am not talking merely about tradition in the strict sense, since I do believe that skills, values and teaching change; otherwise, I wouldn’t be writing about fashion. But I do feel the need for collective integrity that as things change, they remain the same. It is this sense of a collective responsibility, I guess, that weighs so heavily upon me and that I also sense is the atmosphere that pervades that which I see around me. It is what I wish to both attack and respect at the same time.

I get upset when I hear that most teachers are uncomfortable in evaluating their colleagues or having their own teaching evaluated. In the spirit of absolute academic freedom, we could not expect otherwise. But, then, so do we expect the same from our marketplace. We translate freedom as a caveat in the loss of responsibility. We shift value from permanence to fashion. We protect the freedom of being wrong (or, more importantly, being devious) at the buyer’s expense. There is no collective responsibility in fashion – by definition and in practice. Should it be any different for academia? I don’t know.

Maybe that is what keeps academia on guard – that they do not know either. Maybe that is why I feel their scrutiny, because they are looking for confirmation, one way or another, looking to see if selling their knowledge quid pro quo countermands the credibility, or verity, of their product. Buyer beware! Freedom of choice!

One thing I do know, I desperately need academia’s collective responsibility. Writing about fashion, as I am committed to doing, I need them as a foil and as a conscience. I need to attack their stalwart pedantry as I need to be fortified by their integrity. I need them to speak with a unified voice in the harmony of essential truths while I ridicule this illusion as merely a herd of individuals. I need to champion change for change’s sake in a climate that champions metalsmithing for metalsmithing’s sake. E pluribus unum.

By A. Stiletto
Metalsmith Magazine – 1990 Winter
In association with SNAG‘s