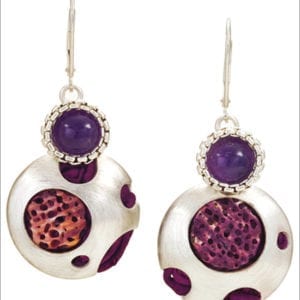 It was his first time in New York City. Surrounded by the skyscrapers and bright lights of the Big Apple, Erik Stewart of Erik Stewart Jewelry in Tucson soaked up the city’s energy. But the sight that captivated him most was the complex network of cables that make up the Brooklyn Bridge.

Fabrication began with copper models of the anticlastic form of the bracelet shaped on a friend’s custom-made press. It took three tries to perfect the shape. With the model formed, Stewart made paper templates of the four cable support braces to work out the correct angles against the anticlastic form, completing the prototype.

Then it was time for the real deal. Using the press, he applied anticlastic curves to a 1.5 mm thick palladium sheet, forming the actual cuff. After, he input the dimensions of the cuff into his CAD software to facilitate the design of the two logo-bearing gold end caps, which would be cast.

He made new paper templates of the four braces, traced the shapes onto 0.9-mm-thick 18k yellow gold sheet, and cut them out. Each was filed and sanded to fit its spot. From the same sheet of metal, he cut two circular pieces for each gemstone setting using a disc cutter, then shaped and finished them.

With all the components for the piece complete, Stewart turned to a laser welder for assembly. “I considered what I could do to make sure the cuff had rigidity and strength without annealing, and I knew a torch wouldn’t work,” he says. After giving the top of the palladium a high polish and the underside a brushed finish, he laser welded the four gold braces — now each with 35 holes drilled through their tops to enable the cables to pass through — onto the cuff. He then welded on the gold end caps.

With the main form complete, it was onto the gemstones — eleven 8 mm cabochons in all. To set each, he laser welded an 18k yellow gold wire pedestal to a gold bowl component, placed one of the gemstones inside, topped it with a gold rim, welded a few times around the edge, and attached the pedestal to the palladium. After laser welding, he touched up each unit with silicone burs followed by a buffing wheel. 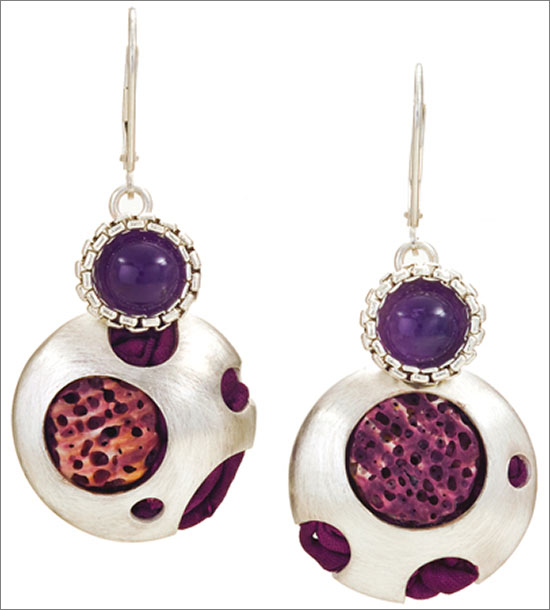 The final step was adding the stainless steel cables. Without cutting it, he fed the cable through a hole in each of the four braces and pushed the end into the end cap. With the needed length determined, he snipped it off and tucked the remaining end into the other end cap, continuing in this manner for all 35 wires. After considering options such as laser welding and riveting, Stewart went with an unconventional solution to secure the stainless wire to the inside of the 18k end caps — aeronautical epoxy. “If it works in airplanes, it will definitely work for a bracelet,” he says.

Looking at the final piece, Stewart was transported back in time to the day he first laid eyes on the Brooklyn Bridge. “I saw a metaphor of the bridge connecting worlds together,” he says. “I saw my own connection with it, and I feel it through this piece.”