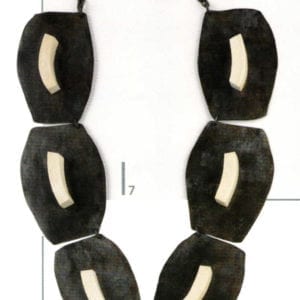 Breslau-born Dorothea Pruhl (in 1937) has been dealing with jewelry as a statement and the design of jewelry for four decades. This teacher and professor at the Giebichenstein castle University for Art and Design in Halle has a deep-reaching influence as one of the most important artists in modern design. Her works feature in numerous public and private collections as examples of boundary-breaking stylistic developments. 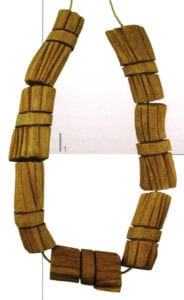 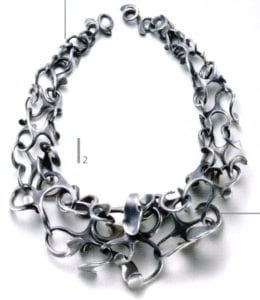 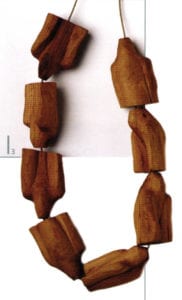 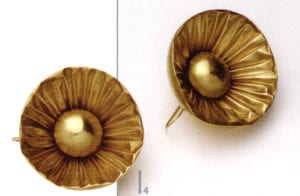 “My jewelry is both a challenge to the wearer and an imposition”. What Dorothea Prühl means by this self-assessment becomes clear by observing many of her jewelry sculptures which are the result of simplicity and clarity. A language of design which concentrates on the significant and almost skeletonizes things to bring out their symbolic character. The result, according to Christiane Keisch, is not ‘coldness’ but calm, not rigidity but silence.

Jewelry sculptures which are not decorative in the sense of providing a seemingly modern design vocabulary as a packaged accessory for the glittering social appearances of ambitious jet-setting women. Those who are involved with these creations, with their size and lavish form, have to have the stature and personality to be able to hold their ground when faced with the aura of Prühl’s works. 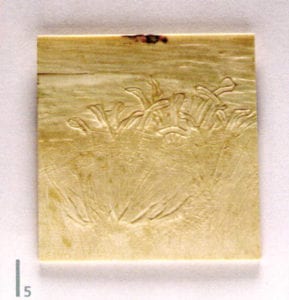 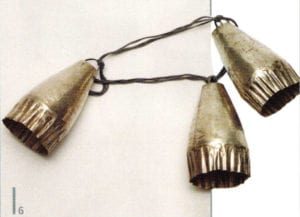 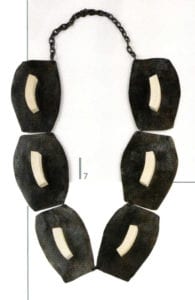 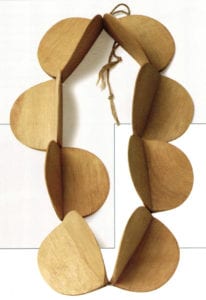 Plasticity requires size, a realization which has been displayed ever more clearly by the artist over the last four decades. The whole is more than its individual parts, another experience which emerges from the development of her jewelry. The joining together of shapes for decoration emphasizes and increases the interpretation of her design vocabulary conjuring magic and mystery. And of course give a reason as to why interpreters of her work evoke visions of long-gone eras and see ancient heroic female figures, such as the Queen of Sheba, as the wearer of her bold and sometimes bulky and angular creations. 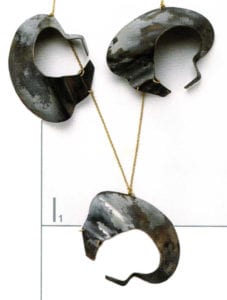 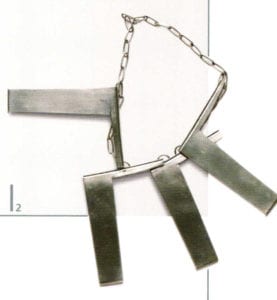 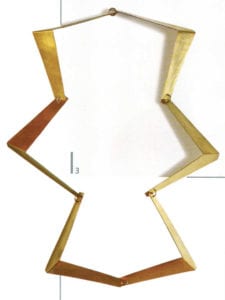 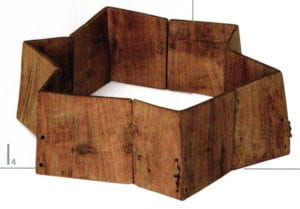 Ancient messages of timeless energy as Ellen Maurer-Zilioli states. Objects with a high level of plastic intensity which invite touching and ‘grasping’. The materials used are diverse. Gold, silver; aluminum, iron and titanium are used as well as fungus, ivory and wood. Over time, the mixing of materials is avoided more consistently. One rare exception among the recent works is the titanium and ivory necklace from 1997. “Each substance stands for itself. The characteristics which determine the shape interest me above all else with the material,” says Dorothea Prühl. The conviction that more can be achieved with less is clear, or as she puts it: “l never wanted any surplus”. Gemstones and diamonds can be found in the earlier work but only where they have a content-related function. Fantasy is fuelled by an intensive experience of things, beings and appearances. As such, she doesn’t obtain the wood for her work at the home improvement store or from a carpenter; she collects it during walks across the landscape. She herself writes: “The house in Mecklenburg is important. It is my chance to retreat and the place where I can concentrate on matters. The experience of this north German landscape will be alive in my works from now on (1976)”. Geometric forms such as angles can also be found which form a symbiosis with nature through the material and world of technology. The wooden star from 1999 with its zigzag form and leaf necklace also made from wood with its sharply cornered creases are further examples of this penetration of worlds. 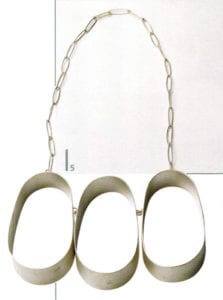 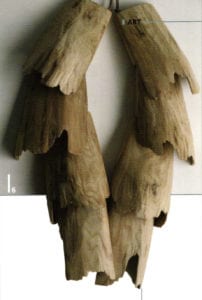 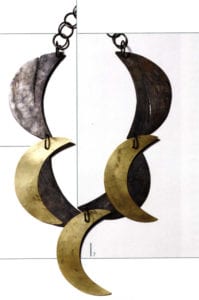 Dorothea Prühl’s works concentrate primarily on necklaces and to a lesser extent on brooches, jewelry sculptures and earrings. She is not interested in rings as jewelry on the periphery of the body. The situation in the former German Democratic Republic and at the university where she has spent a large proportion of her artistic life, was not characterized by reprisal. However, as her objects and theses did not correspond to the tastes of the majority, she and fellow comrade-in-arms Renate Heintze, who died in 1991, fought their own tireless mini battle against ignorance and traditional artistic thinking. A tug of war over the years which ended after the reunification when Pruhl started work as a professor at the Giebichenstein castle in 1994. After the fall of the wall, the wider public in West Germany too began to realize that Prühl’s creations had implemented a revolutionary development delimited from the avant-garde of the West and introduced signs, the consequences of which are not yet fully clear.