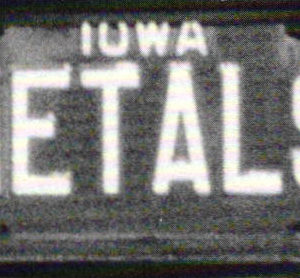 What if They Gave a Conference and Nobody Came? In this article, Donald Friedlich offers his insight and review the 1987 SNAG Conference.

Despite an exciting program, this year’s annual conference of the Society of North American Goldsmiths (SNAG) once again seemed determined to discourage the attendance of working metalsmiths.

Held from June 17th to 20th at the Cranbrook Academy of Art in Bloomfield Hills, Michigan, and organized by Gary Griffin, the conference’s theme was “The American Sensibility.” Through a series of very professional lectures and slide presentations, the conference raised and addressed important issues for the future of American metalsmiths. Yet the question haunted me: Why wasn’t there better attendance by full-time working jewelers? Informal discussions with some of my colleagues who chose not to join me at Cranbrook revealed two primary reasons.

The reason most commonly mentioned was scheduling conflicts. With the exception of the recent Flagstaff, Arizona conference, SNAG has repeatedly insisted on scheduling its conferences immediately before the West Springfield Craft Show, one of the most important trade shows of the year for working jewelers. SNAG has continued to ignore West Springfield in the face of ardent pleas, and even a petition from a constituency thatgrows larger and more influential in the field each year. At this point many of these members are put off by what they feel is an organization dominated by academic metalsmiths or, as one put it, “mentalsmiths.”

To this constituency, many of the academicians appear, at best, unaware, and, at worst, insensitive to the needs of full-time jewelers. And while the argument has been made that jewelers can stop at the conference en route to West Springfield, this was true in very few cases this year.

Holding the conference closer to West Springfield—as will be the case with next year’s Skidmore, Saratoga Springs, New York conference—will help but still disregards the extensive preparation the large craft shows require. Getting ready for these shows is time consuming, physically exhausting and financially draining. What’s more, it is difficult to anticipate and create the necessary inventory far in advance. Hunched over one’s bench until dawn, pulling “all nighters,” the jeweler often feels like a college student cramming for finals. How many of the teaching members of SNAG encourage their students to take a four-day trip immediately before exams? And we are not students but professionals whose financial stability often depends on craft shows.

While it makes financial sense and is practical to hold the conferences on college campuses whose facilities are available only in the summer months, there is no need to be wedded to June. The Flagstaff conference held in August seemed a viable alternative, or the conference could take place in the East shortly after West Springfield when the pressure abates and members might be eager for the chance not only to relax and enjoy the conference but also to compare notes about the craft show. Programs for our non-metalsmith family members, encouraging them to join us, might alleviate the desire to hurry home after the week-long show.

The second reason given for passing up Cranbrook was the fear that this conference would be overly academic. After attending the various presentations, I concluded that this was a misapprehension created by the titles of the talks.

Scanning the program, l, too, expected a rehash of the tired “art versus craft” controversy, guaranteed to put half the audience to sleep. But while the conference was more academic than those of the last few years, the overall quality of the presentations was so outstanding that all (well . . . most) eyes stayed wide open. Much to his credit, Griffin assembled an interesting and dynamic group of speakers from diverse sources both within and outside the field.

Garth Clark, owner of the New York and Los Angeles ceramics galleries bearing his name, combined the broad overview of an art historian with the practical savvy of a successful gallery owner. He suggested we abandon the pursuit of the fine arts “promised land” in favor of the existing decorative arts curatorial community.

Clark’s speech, Susan Hamlet’s multimedia slide presentation set to music and Cranbrook sculptor Michael Hall’s easy humor in talking about the tin figure as contemporary folk art all provided an exciting change from the way most working jewelers spend their time. True, the program didn’t touch upon new marketing approaches, production techniques or manufacturing resources. But those who complained about the absence of these subjects—and stayed home to deal with them as they do the other 361 days of the year—missed four days on an isolated and spectacularly beautiful campus with nothing to do but grow and learn. Such times foster creativity and community. And if the topics seemed lofty, it was a pleasure to rise above the mundane work day.

One purpose of a conference is to expose participants to new and stimulating ideas, and at that SNAG succeeds admirably. But the primary purpose of a conference is to attract the diverse elements within the group, At that SNAG must improve. SNAG’s academic members must be able to impart the demands of the marketplace to their students. Members out in the marketplace must stay open to, and hungry for, new ideas. To accomplish this, SNAG’s future energy must focus on bringing all of us together. That means good speakers, good ideas . . . and good timing.

Donald Friedlich is a working jeweler in Providence, RI.