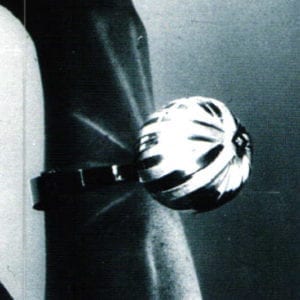 The Swedish silversmith and designer Sigurd Persson retained his most typical characteristics to a ripe old age: his creativity and love of experimenting. The man who had a major effect on the design history of the 20th century died in the last days of October last year. 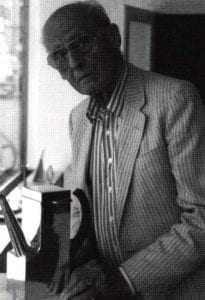 Sigurd Persson showing his coffee pot, 1999. Sterling silver with wooden handle made of Padouk. The pot was donated by the Swedish government to the National Museum in Stockholm 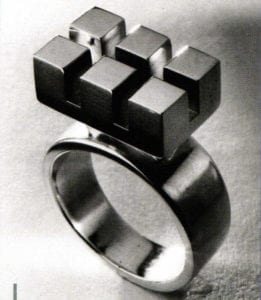 Ring from the collection “77 rings”, 1960. Sterling silver with gold plates on top

Born in Helsingborg in 1914, Sigurd Persson, who emerged as one of the most important and most influential artists on the Scandinavian designer scene in the course of his life, was trained to be a silversmith in his father’s workshop. His fundamental interest in good design urged him to do more. That’s why he started off by attending the school for gold and silversmiths in Munich to then be a student of Professor Franz Rickert at the Munich Academy. After returning to Sweden, Persson settled in Stockholm in 1941. His wide range of activities demonstrated that he never thought of himself just as a silversmith, rather he looked upon himself as a “creator of forms” ranging from sacred silver and tableware to jewelry, kitchenware made of stainless steel, cutlery, glass objects right down to chairs and artistic objects in buildings and sculptures. 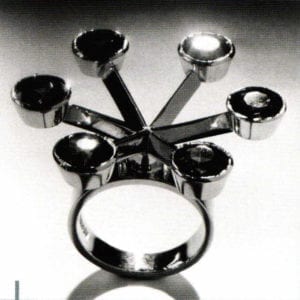 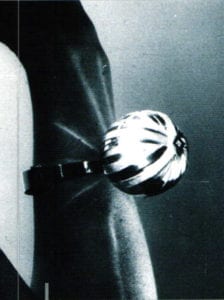 When Persson had his first individual exhibition in Stockholm in 1950, the visitors were impassioned by his functionalistic philosophy of technique and use while people outside of Sweden were attracted to this ingenious designer. The Gesellschaft für Goldschmiedekunst e.V. honored Sigurd Persson as early as 1955 with their golden honorary ring, the highest award they could bestow in the art of gold and silversmiths. Ten years later, he was appointed an honorary member of the Worshipful Company of Goldsmiths in London. 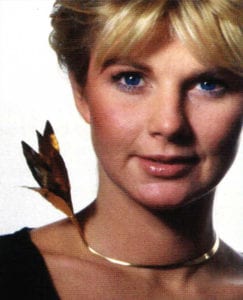 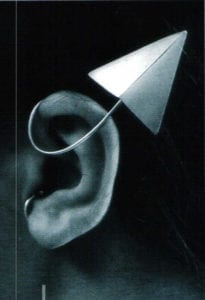 What always interested Persson was the formal development of specific topics. In spring of 1960, he developed 77 rings from precious materials for the Stockholm department store Nordiska Kompaniet and later he worked on “7 x 7” bangles, ear jewelry and expansive neck jewelry. With very few exceptions, his pieces are body jewelry to be worn with an aura of clarity and purism. Large cuboid stones made of glass or acrylics set colorful accents while depriving the jewelry of any strictness. Sigurd Persson was always curious about trying out new things and designs and his jewelry was always influenced by Swedish functionalism. He enjoyed combining this clear and geometric style with witty quotations tailormade to Persson’s essence, a modest and humorous person. 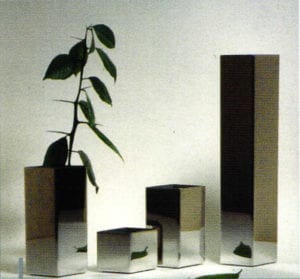 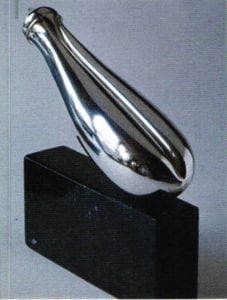 The artist published a wide variety of writings between 1979 and 1986 on all areas he worked on, including silver, jewelry, sculpture, design and glass, and they made an important contribution to Swedish design history. Beyond the many and varied jobs he was given, he was always fascinated by the “can” as an artistic topic. He created silver tea and coffee cans in 1970 under the title of “25 Cans – 33 Years”. In 1999, the artist recorded his experience with designing cans in a publication “10 new pots + 10 earlier pots”. He was still experimenting with cans made of tin at 89 just before his death. 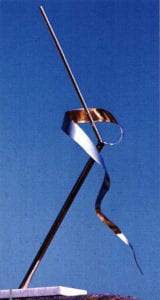 All articles by this author
Previous Bernd Wolf: Life is Colorful
Next Jewelry Design in Geneva Education
Social media