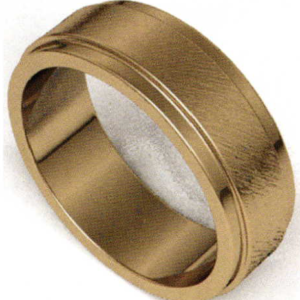 The strength of Computer Aided Design &  Manufacturing is similar to that of any other tool on the bench:it is most effective when itis the right tool for the job.Gemvision’s Matrix 4.0 provides users with powerful design, presentation,and production capabilities. 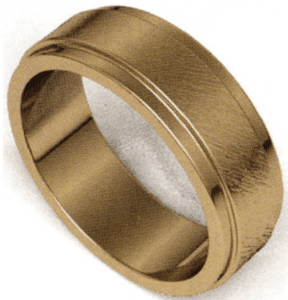 However, it will sometimes be easier or more desirable to complete certain aspects of a piece by hand rather than on-screen. When this is the case, it is important not to overlook the impact of digital presentation, both for you the designer and for your customer. 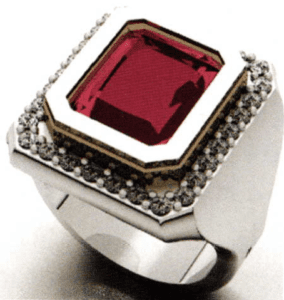 Design elements such as fine mill grain, finished prongs,and subtly-textured metals are elements that, in somecases, can only be added in post-production. Though they will necessarily be left out of  the production model or theversion that will be milled or prototype, it will often be desirable to place them in a “presentation” version of the model or the one that your customer will see. 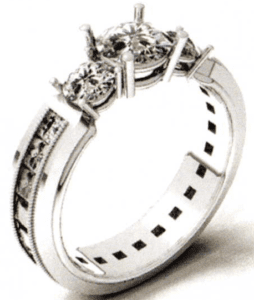 Each of these design elements can be created for the presentation model in just a few minutes  time using simple steps that even a beginning Matrix user can perform. Whether the goal of the presentation model is to inspire you, as the designer, with a more complete view of the finished piece while you work, or to present a lifelike rendering to your customer for approval, each of the techniques described below will give both the digital model and the rendering a look that more closely resembles the finished piece.

In the case of millgrain, the first step is to determine whether CAD/CAM is best used to produce or just to present the design. Beads with a minimum diameter of 0.6 mm can be successfully produced on Gemvision’s Revo mill, as shown in the wax below. 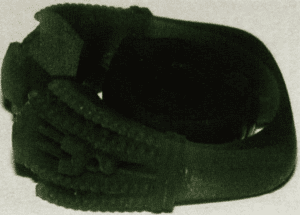 If finer millgrain is called for in the design, it is best to add it by hand. It then takes only minutes, even with basic Matrix skills, to add this effect to a presentation model for the rendering.

When the millgrain will follow an edge, as in the illustration below, use the Dup Edge command also found in the Curve fly-out menu. Select the edge or edges on which to place acurve and then join the curves together if more than one edge was selected. 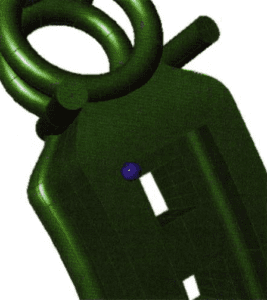 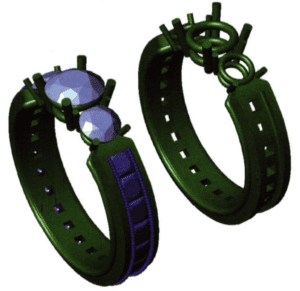 One final note: when the millgrain will be added during post-production, it may be useful to model an additional metal “ridge” on the production model in preparation for using the millgrain tool, as shown in the model below. This ridge was created at the profile level by drawing the desired cross-section curve for the ring inside the Edit Profile tool found in Profile Placer. (The millgrain added for the presentation model was created using the method described above.)

Because Matrix can cut gem seats to the exact depth of the stones, it is often best to prepare the gem layout in the software. However, it may be more desirable to add prongs or beads on the bench. 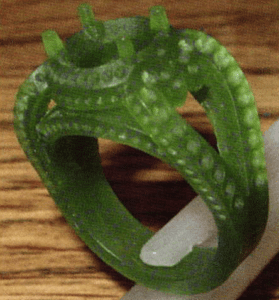 At other times, the user is best serviced by producing prongs in the software using Head Builder or Prong Placer. Both builders can create prongs with additional length in preparation for finishing after the model is cast. 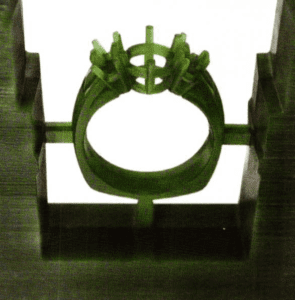 Adding length to the prongs in the production model does not contribute to a “finished” look for the model. Depending on need, there are a few different methods that can be used in Matrix to create the look of finished prongs for a presentation model. 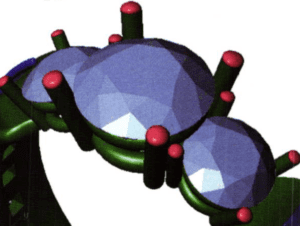 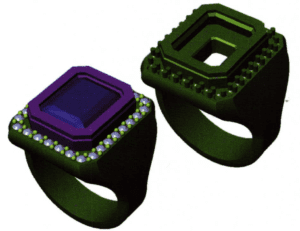 Currently, the best way to prepare a model with subtle texture, such as a Florentine, bead blast, or stone finish, is on the bench, not with a mill. However, Render Builder in Matrix provides an effective way to show your customer how a finished piece will look in a textured metal. To add texture to one part of a rendered model and leave the rest smooth.it is important to create the part (or parts) as separate surfaces. That way, the textured metal can be applied to one surface in Render Builder and the smooth metal can be applied to the remainder of the model. Depending on the type of model you are creating (a polysurface or a single surface, such as a band); there are two ways to do this: 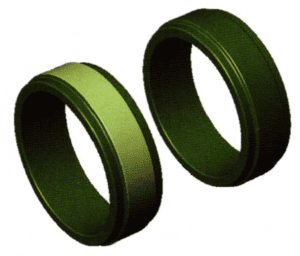 By Jill Jacobson – © Bench Magazine 2005 Fall
In association with 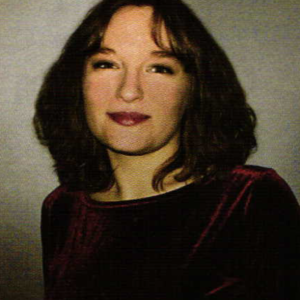