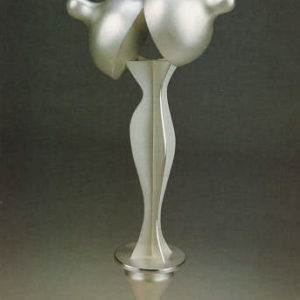 One can get tired of it all and want to be entertained, but the media outlets for distraction can look old hat and boring. So why not turn to art for a bit of uplift and fun?

Why not abandon the daily grind, in which one has made all that life draining progress in one’s career, and get a little innocent excitement back, regress for the pleasure of regressing, renewing one’s feeling for life in the process? The programmed leisure that passes for playfulness these days all those sports, with their rules and regulations, which make them seem like another dreary job (so much conformity, obedience, self suppression) is hardly as playful as art can be.

It is art’s job to put tired, overburdened, depressed adults, who have discovered that “the [objective] world is all too much with them,” in William Wordsworth’s famous phrase, in touch with the emotionally alive, spontaneous subjectivity they forgot they had, and that brings with it freedom from care. Such psychic freshness and carefreeness may be an illusion, but they are the grandest, most necessary illusion of all. The great art historian Meyer Schapiro thought that really creative art gave one a feeling of “inner freedom,” which entails the illusion of freedom from the world.

It is useful here to enlist the psychoanalyst Donald Winnicott’s famous idea of the transitional object – the toy that is at once the symbolic equivalent of mother’s warm, exciting, extraordinary presence and another ordinary object in the cold world. The child is deeply attached to the toy – one dare not separate him or her from it – even as the child recognizes its separateness. While Winnicott thought children needed toys to make a transition from subjective to objective reality, I am arguing that one needs adult toys to make the transition back to the subjective reality Nee have lost touch with, being caught up with the (necessary) struggle to survive in an objectively given world. The art toy, especially, reconnects us with what we have become most separated from, to the extent that it has become hidden from us: our deepest inner self.

Playful art – dangerously playful to rigid adults – is useful for getting in touch with the playful child in oneself, that toddler who lingers in one’s psyche, eager to enjoy a world that seems less and less enjoyable. Take the risk of regressing hack to the good old days of childhood. The opportunity to do so doesn’t come too often. Take an emotional chance: use all these delirious rings and rattles to become deliriously childlike again. Wear one of Barbara Walters’s ring toys or one of Nancy Deal’s moving rings, with their glistening, gemlike growths – a kind of magical garden of aesthetic drapes. All one has to do is look down at one’s hand to escape the everyday world. Similarly, Karen Misher’s Phantasma and Pin Wheel, both 1999, put a precious world of aesthetic escape right on one’s finger. Indeed, Phantasma is a rather tiny but still comforting hortus conclusus . A genie must he hidden in the sanctuary of its globe, in which one can emotionally curl up. All these rings are so many amulets or charms – charismatic objects – magically protecting one from the world’s evil, as the golden aura turning the Pin Wheel into a sun makes clear.

Or shake Ann Au’s 1990 Cosmic Rattle, and imagine that one is master of the universe. (Freud spoke of the “imperial infant”; ironically, we think we’re all-powerful – that the world will cater to our every wish – when we are most helpless.) Au’s Family Rattle series has a rattle for each member of the family, suggesting that every last one is infantile – a big self-important baby. Or dare to take one of the nipples on Susan Ewing’s Aaron’s Big Boy Rattle in one’s mouth, unconsciously fantasying that one is sucking mother’s breast again – getting all that good old fashioned nourishment and succor in the rather unnourishing, harsh world. It is more erotically exciting to do so in adult fantasy than it probably was in infantile reality.

The toys that metalsmiths have made – sometimes clever, miniaturized reprises of familiar toys – are particularly intimate compared with other art toys, which these days run to grandiose installations with philosophical pretensions. Of course, one wears a ring on one’s finger and holds a rattle in one’s hand. Mark Hartung’s small sculptures – they suggest a crass ling infant’s perspective on life – are often designed to be pulled, like many children’s toys. One can take such toys everywhere – one becomes inseparable from them – which makes them very personal and meaningful. They aren’t meant to exist on pedestals in museums, like so many impersonal precious objects.

Even when metalsmiths give us obviously precious objects – Daniel Brush’s enigmatic Psychiatrist’s Toy incorporates 22 karat gold, among other expensive materials – they are intended for personal use. Brush’s objects are small enough to be hidden in one hand, and while their seriousness suggests that they are meant to be High Art, they remain, physically and emotionally, as ironically amusing and intimate as the other metalsmith toys.

Virtually all the metalsmith toys mentioned here are witty, surreal constructions. Being made of metal – often very sturdy metal, such as sterling silver, steel, copper, and brass – they have a certain advantage over other adult art toys: durability – dare one say immortality – is built into them.

Gold, in fact, however delicate a material in pure form, is an ancient symbol of eternal life, by reason of its association with the sun. Metalsmith art toys are also much more immediately magical, by reason of the fact that they are “participant objects.” They are meant to be used-even if one may have to shake an art rattle in secret, so that one doesn’t feel ridiculous. We thus get more directly involved in them than if they were simply presented for our abstract edification and contemplation, like official high art. Metalsmith art toys remind us of the secret purpose of art: to take us back to the imaginary happiness of childhood, in whatever sublimated form, so that we can once again feel unequivocally and uninhibitedly alive – once again believe that life is fun rather than a joke the gods have played on us.

Ganoksin is sponsored by
By Donald Kuspit [Metalsmith Magazine – Fall 2001]
Donald Kuspit, a critic and writer, is professor of art history and philosophy at the State University of New York at Stony Brook.
In association with SNAG‘s