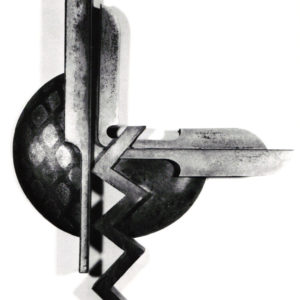 This article is one of a series of articles from Metalsmith Magazine “Art and Technics” talking about techniques in craftsmanship and design.  For this 1989 Spring issue, Tim McCreight talks about experience and how and what it teaches you to hone your craft.

Recently, while I was waiting in a checkout line of a department store my eye was caught by a large display of baseball cards. There were several kinds of packages on the shelf, but the grandest was a box large enough to hold two Manhattan Yellow Pages. It was labeled the “Deluxe Complete Baseball Card Collecting Kit” and contained 200 of the ‘best’ baseball cards.

When I was a kid, you would have had to chew close to a pound of stale pink gum to get that many cards. Before a Mickey Mantle turned up, you’d get eight Joe Blows. Collecting was a game of endurance, anxiety and pathos. Those were golden times.

As I pondered this sorry development in the field of baseball card collecting, I wondered if there were any lessons for metalsmithing, and, naturally, I found that there are.

The collection a kid assembles himself is a study in process. The shoebox full of cards carefully stashed under the bed is evidence of lawns mowed, cars washed, bottles collected. The idea of “having a collection” probably never occurred to us. We simply collected. The 200-card package was thought up by an adult. The tragedy here is that the end point has been pre-decided, and decided by someone else.

I wonder if we are not often guilty of bringing this kind of pre-decision to our work. In learning to do things “the right way” do we close doors to doing things “our way.” ln schools, workshops and apprenticeships, we collect bits of information. And that’s great. But when we allow others to assemble and define the uses of the information, well, it just can’t be as much fun.

David Pimentel of Arizona State University was recently describing the direction his work has taken over the past couple years. His longstanding interest in large raised containers led him to volumetric forms that had outgrown the convention of “vessel” This new series of work-assembled units of heavily patinated copper—was designed to be hung on the wall. Having been well received, they triggered commissions for even larger pieces. As the work grew in size, traditional silver-soldering became difficult. Preparing well-fit seams, achieving high temperatures and dealing with warping were slowing down the process. This made the work less profitable, and perhaps more importantly, less fun. At this point, several things could have happened. David could have limited the size of his work or devised jigs and systems to deal with the difficulties. He could have switched to a different medium. Or he could have tried to find a way to join the pieces without using silver solder. 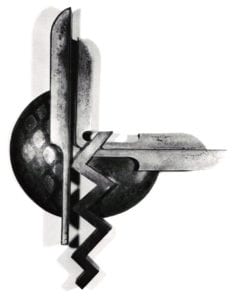 This last was the direction David took, experimenting with other kinds of solders that flow at a low temperature. He reasoned that a structure that hangs on the wall will not be subjected to the same kinds of strains as a piece of jewelry. By talking with technical advisors at solder manufacturing companies, comparing specification sheets and conducting experiments in the studio, David was able to select a solder that provided all the strength he needed while flowing at a much more convenient temperature.

The solder used on the work shown here is called Stay-Brite, an alloy of 96% tin and 4% silver. It’s sold by many jewelry supply companies and often can be found through welding and plumbing suppliers. It uses a zinc chloride-based watery flux that can be purchased along with the solder.

With the discovery of this solder, David was able to retain the spontaneous quality of the original pieces. By using thin-gauge metal, he could keep both the cost and the weight down. However, as the work continued to get larger, he became worried about the pieces bending or getting twisted. What was needed was a material that was lightweight, yet rigid and that could be made to conform to the irregular shapes he was creating. The answer came not from traditional metalsmithing but from a stroll through a hardware store. There he spotted a can of polyurethane foam insulation sold to caulk spaces around doors and windows. This frothy stuff expands greatly as it leaves the can and hardens overnight into a tough solid. When the construction is complete, but before the patinas have been applied, he sprays it into the form as it lays face down. The foam expands to overflow the edges and is trimmed off after hardening with a knife or hacksaw blade.

Both the solder and the foam struck me as great solutions. And, as I think about the baseball cards, I’m reminded again about the importance of keeping an open mind as we consider our work. Certainly, no one would consciously copy the esthetics of a friend. But I wonder if we aren’t too quick to copy the technical solutions of our teachers and peers. We must remember that here is an opportunity to “build our own collection.”

Tim McCreight is head of the metals department at Portland School of Art, Portland, ME and a contributing editor to Metalsmith.