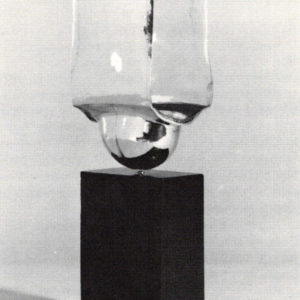 The Work of John Marshall

The success of John Marshall’s art, as a practicing metalsmith, was evident in this impressive exhibition. Held in conjunction with the 1983 Society of North American Goldsmiths Conference at Asilomar, Marshall’s show was the visual and esthetic high point of the goldsmiths’ gathering. This comprehensive exhibition was about where John’s work is, stylistically. 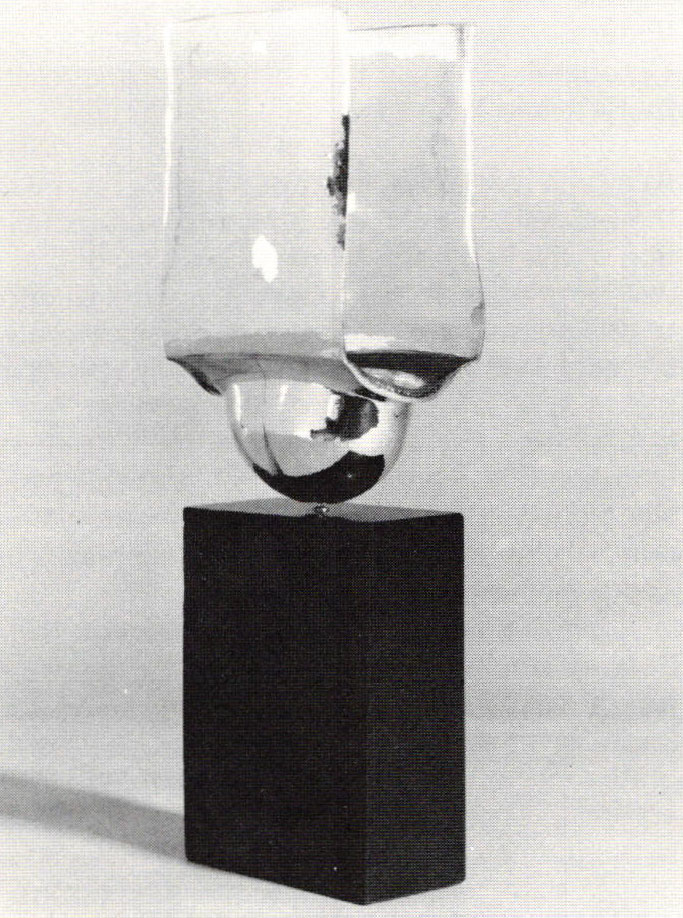 There was a rawness in the stone elements that evoked a sense of nature’s latent power, a feeling of primordial origins. These were not the too, too finished surfaces of earlier pieces, of another time, and an earlier Scandinavian influence. Here we saw in Marshall’s work a sense of the mature designer introducing another element, basalt, into his ongoing dialogue with metal. There was a sense of permanence about these new pieces and a sense of an understood historic perspective, not derivative of stonecarving sculptors of the past, but with an implied acknowledgment to the stone monument builders. These new pieces were not large, but they possessed a certain monumentality. The sensitive use of stone and sterling as esthetic statement, suggested an understanding of these materials in a way similar to Isamu Naguchi’s images in stone.

Some of Marshall’s stone elements are geometric shapes, some are monolithic slabs with one or two polished surfaces contrasting with the raw cleavage of the natural surface. And attached to these, in wonderfully precarious positions, are the silver forms that seem to sometimes float above the stone and are yet tethered to them. The exhibition consisted of bowls, candelabra, vases, cocktail servers, pure sculptural forms and even jewelry embodying basalt. Several pieces were breathtaking; all were worthy of careful attention.

Finally, I mention the quintessential work of the exhibition, The Winged Bowl. While this piece has been exhibited with both an acrylic base and a basalt base, its singular beauty is of a quality that sets it apart from its fine companion pieces. This sterling bowl of such contemporary design suggests several historic references. Among them is the classical Greek sculpture, “Winged Victory,” or perhaps a Japanese Samurai helmet. In any case, it is beautifully crafted metal, with small but important detailing, like the thickened edges, a fantastic effect, for those who know and love metal.