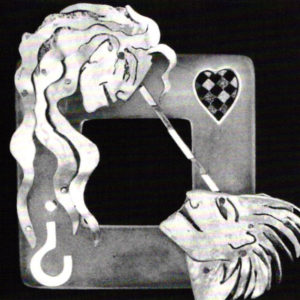 The Art of Conversation

Many people I know romanticize an afternoon in a cage in a cultural mecca – maybe Paris or Rome – spent endlessly conversing with notable literary or artistic personalities. On the other hand, I rarely hear nowadays of someone who cherishes this same experience at home, in school, at a bar or other similar venue in the company of friends. Conversation for conversation’s sake has to a large extent vanished in our culture of social diffidence. 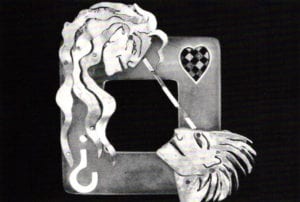 An example of a memorable conversation was presented at the “Conversations” weekend at SUNY, New Paltz this past October by J. Fred Woell, who played a tape of an interview with John Cage, conducted by Connie Goldman for the WHA Wisconsin Public Radio series called “I’m Too Busy to Talk Now: Conversations with American Artists over 70.” A segment of the conversation went as follows: Goldman: There have been many written and spoken very negatively about your work. They’ve down everything from laugh at it, to demean it, to say it’s worthless.

Cage: A friend of mine refers to my career as chequered . . . or would you call it entirely black . . . (laughter)

Cage: I don’t have any reaction. It’s their business. I do what I do and then people respond in the way that they do. . . . I do notice that the number of people interested in my work has increased . . .

Goldman: How do you protect yourself from what other people say or the fact that many people now think you’re the most important person in American music?

I was enthralled and move by this exchange. Here Goldman pressed Cage into a response to an obvious yet often difficult question—how do you deal with fame—and he replied with the surprising yet exceptionally revealing comment that he didn’t consider it at all. This “conversation” exemplifies how spoken exchange of though and feelings, which does not presume that there are correct questions nor correct answers, can arrive at something larger than the sum of its parts. The full meaning of “fame,” a goal sought by so many artists for a variety of reasons, was for me subtley altered, illuminated and consequently enlarged by Cage’s response to the question.

Why do so many people shy away from the conversation when this form of interaction is so flexibile and has the potential to create new insights as well as expand the realm of knowledge and alter the perception of its participants? It is a true democratic process, a nonhierarchical person-to-person relationship— no teacher/student, no master/apprentice, no parent/child. Though rife with freedom, it maintains respect for individual opinion through a cooperative discussion and a mutual vision of moving to a higher level of understanding.

So, why do so many people shy away from conversation? Reasons are easy to come by: the most obvious is that it is just too much trouble, too much effort. Then there is the possibility of being wrong—on the wrong side of an issue, in the minority view. There is the fear of being misunderstood and the fear of making a faux pas that one will regret later. There is the fear of not having the proper skills, not being able to find one’s way into the conversation or hold one’s own in dialogue. The most insidious reason for nonparticipation is that of no interest!, that the subject is boring, outside of one’s purview, beneath one’s level of intelligence or whatever.

I suppose, in the long run, my advocacy of conversation boils down to the struggle for self-knowing. Conversation for me is a way to test out my ideas and thoughts, to share in and experience another’s point of view, to fight the temptations of lazy thinking. While a conversation may not be directly related to a certain task at hand, it allow the mind to open, to expand, to exercise its intellectual and emotional options.

What has this to do with metalsmithing? In his recent critique of today’s teaching The Closing of the American Mind, Allan Bloom writes: “To be open to knowing, there are certain kinds of things one must know which most people don’t want to bother to learn and which appear boring and irrelevant. Even the life of reason is often unappealing; and useless knowledge, i.e., knowledge that is not obviously useful for a career, has no place in the student’s vision of the curriculum.”

Conversation could be construed as just such “useless” activity for the metalsmith, feeding on the cry “Let’s not talk, let’s do!” But such seemingly useless activity has contributed inestimably toward the self-realization of ideas that nurtured Promethean artists like John Cage, whose written testament, by the way, is ironically entitled “Silence.”