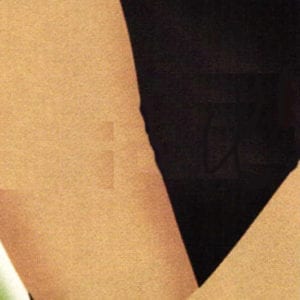 Pearl jewelry has come a long way from the days of grandmother’s proverbial strand of round pearls. In today’s retail market, consumers can choose from golden, pink, black, and peacock green pearls in one-of-a-kind, baroque shapes. On the fashion runway and in magazines, pearl strands hang waist length, twist around each other, and blend with diamonds and colored stones.

There’s just one problem: To many jewelry buyers, a pearl is a pearl is a pearl. The public may be buying more colors and shapes, but they don’t know the difference between akoya and South Sea, cultured and natural, saltwater and freshwater. In a 2004 survey conducted by the Jewelry Consumer Opinion Council (JCOC) for Perles de Tahiti, a stunning 79.4 percent of pearl jewelry owners said they did not know what kind of pearl they were wearing.

Experts say that lack of knowledge is holding back sales. To jump-start the market, industry leaders, particularly the Cultured Pearl Association of America (CPAA), are focusing on educating retailers and sales associates so they can in tum educate the public.

“What the trade needs to do is educate the market and consumers about the uniqueness of these pearls,” said JCOC president Liz Chatelain. “Consumers love knowledge. If a pearl is [just] a ‘pearl’ pearl, what is the interest? If you can say these are South Sea or Tahitian, it engages the consumer and becomes more collectible.”

This June, the CPAA will launch a major campaign aimed at raising pearl awareness. Still under wraps, the campaign will send promotional material to retailers around the country, including a tag line and advertising visuals.

“We want to increase awareness of cultured pearls, so people will buy them, and educate sales associates, so they can sell them,” said CPAA spokesperson Kathy Grenier. Because the CPAA admittedly does not have the funds to buy national advertising, it is targeting local retailers.

“We believe that’s the weakest link at this point in time. A customer walks into the store. It could be their very first experience with pearls, and if this associate doesn’t have a basic knowledge of cultured pearls, it could not be a great experience for this customer.”

“The biggest problem we find is a lot of ignorance. People make things up,” said former CPAA President Armand Asher of Albert Asher South Sea Pearl Co. “It may be a customer who says, ‘I don’t understand the difference between freshwater and South Sea pearls.’ If the store is showing freshwater, the [salesperson] says, ‘There’s no difference; it’s only less expensive.’ If the store is showing South Sea pearls, [he] may say, ‘South Sea is 10 times more valuable.’ . . . It’s often about quantity. Most [stores] don’t have a big collection. They boost what they have.”

The U.S. pearl market has improved steadily in the past two years. Industry experts attribute the improvement to two factors: better visibility of pearls in fashion and the improved quality of Tahitian pearls.

The market had stagnated, Asher said. Exports of Tahitian pearls were not being regulated, meaning that lower quality was making it to the market, and sellers were cutting prices. Then, several years ago, the French Polynesian government passed laws requiring a minimum nacre thickness and inspections of all product.

“It took a couple of years, [but] they raised the standard. . . . [Now] we have trouble finding lower-quality pearls,” he said. “They stopped exporting [so many], and as a result, the quality and prices have gone up. Sales have shown increases.”

“I think that certainly there’s no denying pearl sales are on the rise,” said Grenier. “I think this gem was very pigeonholed. I attribute [the change] to a lot of designers who have a passion for gemstones and saw the intrinsic beauty of pearls.

“More young people are being exposed because of fresh designs,” Grenier went on. “They are falling in love with pearls.”

The big jewelry outlets are leading the way, starting with QVC. “Honora has done a great job bringing in rice and freshwater pearls, usually with sterling silver accents,” said Chatelain. Tiffany & Co. has opened a chain of pearl-only stores, Iridesse, in upscale markets across the United States.

Smaller retailers are riding the wave. “Sales are getting better every year,” said Llyn Strelau of Jewels by Design in Alberta, Canada, a jewelry designer who does a brisk business in pearls at his retail store. “In the past year, we did quite well with South Sea [pearls]. . I think it’s availability. And there’s been more seen in the magazines and the media.” Some customers are exposed to pearls on cruises to the South Pacific and Hawaii and buy them when they come home.

“Pearl jewelry is not perceived anymore as conservative to wear. . . You can wear it every day for fun,” said designer Cynthia McCoy of Original Cyn in Phoenix, Arizona, who uses pearl in 80 percent of her designs.

Nationwide, pearls have been a steady 2 percent of retail jewelry sales over the past five years, according to the Jewelers of America’s Cost of Doing Business survey. In the above JCOC pearl survey, over half of respondents, 55.6 percent, said they owned pearl jewelry. Half of that number owned two to three pieces, and a surprising 79.2 percent said they owned something other than a strand.

Still, there’s lots of room to grow, say industry leaders. While pearl sales are rebounding. pearl purchases trailed gemstones, metal, and diamonds this past Christmas season. according to the JCOC.

And despite over a decade of successful promotional programs, a sizable portion of the market is still unaware of Tahitian pearls, said Martin Coeroli, general manager of Perles de Tahiti, an organization created by the government of French Polynesia specifically for the purpose of promoting Tahitian pearls. Coeroli cited the 2004 JCOC survey, which found that only 12 percent of pearl jewelry wearers own Tahitian pearls.

“Undoubtedly, more promotion is needed; more cooperation in the industry as well. We [speak] for a common task force of all pearl categories – South Sea, akoya, Tahitian, freshwater — in order to commonly promote pearls in general against other competitive goods,” Coeroli said.

Perles de Tahiti has implemented a three-pronged “Tahitian Pearl Quality Program” with members of the CPAA, said Coeroli. The campaign began in 2001 with tighter Tahitian pearl inspection and licensing rules, which have reduced the volume of pearls marketed and increased the average value of exported pearls by 63 percent in U.S. dollars since 2003.

At the manufacturers’ level, Perles de Tahiti wants “to set up common standards to select and register dealers for [cooperative] promotion.” On the retail level, Perles de Tahiti is working with jewelry chain retailers and organizations to promote Tahitian cultured pearls, targeting all segments of the market, from baby boomers to generation Y.

Perles de Tahiti has proven its power by creating a pearl market for men.

“The Tahitian pearl link jewelry concept — a circle pearl on a leather cord — created last year, targeting the young generation [of] surfers, skaters, kiters, snowboarders, [and] affordable at $99, is a good example of what can be done to extend a mature market.” said Coeroli.

That wasn’t always so, said Asher. For decades, the Japanese government gave the U.S. pearl industry up to $2 million a year for promotion, revenue from the Japanese inspections office. However, six years ago, the inspection office closed, and CPAA’s revenue fell to a few hundred thousand dollars a year.

Today, the CPAA, which has about 50 dues-paying member manufacturers, relies on support from Perles de Tahiti, along with some Japanese pearl associations and Filipino producers. With limited funds, it can’t afford large-market consumer ads, so the association has targeted retailers and provided them with local promotion materials.

“We’re helping support our [manufacturer] members by giving them visibility to a retailer — and helping the retailer by creating a campaign they can directly use in their market to promote pearls.” said Grenier. “We’re not in a place to put ads in major magazines yet. but we have to create something to put in there first.”

Some retailers say that the promotion is sorely needed.

“People are out promoting gold and platinum, but I haven’t seen a lot in pearls.” said Ben Bridge’s Barringer. “The effort in advertising is to the trade. . . . It should be done directly to the consumer. That’s ultimately where the sales are going to go.”

“I don’t see a lot of [pearl] industry ads directed to the consumer. I see a lot of manufacturer ads, like Honora. . . . The only thing I’ve seen [advertised] a lot lately is Tahitian pearls for men,” said McCoy.

One area everyone agrees should be targeted is celebrity fashion.

“If Chanel shows pearls with a collection, or Gaultier, it’s going to have a presence in the market.” said Strelau. “Someone is doing a good job putting pearls on TV actresses [like] the prissy redhead on ‘Desperate Housewives.’ . . . Oprah wears South Seas. The celebrities are wearing pearls. I suspect someone is doing it.”

Ultimately, an invigorating mix of improved quality, enthusiastic customers, and educated retailers bodes well for the future of the U.S. pearl market.

“Ten years ago, the average retail store had a small inventory, usually the same prices.” said Asher. Today, stores are giving a “good amount of space” to many different categories: freshwater, South Sea, and akoya.

”There’s not a woman alive who doesn’t look good in pearls,” concludes Strelau. “You just need to put them on and show them.”

All articles by this author
Previous China’s Treasure Island
Next 10th Brazil Gem Show: Back to the Source
Social media