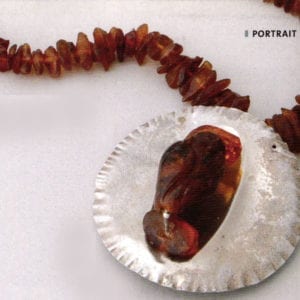 Ruth Robinson has an unusual and special position among the grand dames of contemporary jewelry art. The encounters with the various cultures from which she acquired her findings are transformed by this artist, who rose to fame in the nineties, into wearable, expressive design, appearing almost like footsteps in a world turned global. 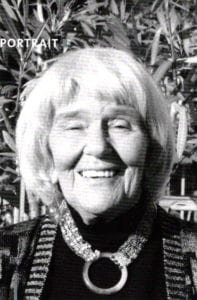 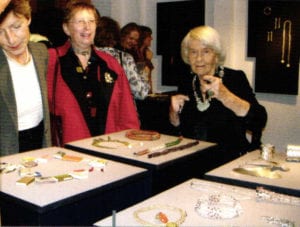 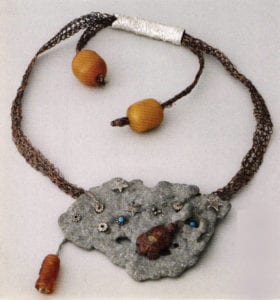 Very early on, Ruth Robinson developed her own, new and independent working technique. Very fine gold and silver wires are knitted or woven, thus creating necklaces, bracelets or earrings possessed of great lightness. She works items into them that she brought back from her travels. The magic spread by this work is also based on the fact that the unusual findings lose their coincidence and isolation in the jewelry. They become part of the whole and therefore tell their own story. 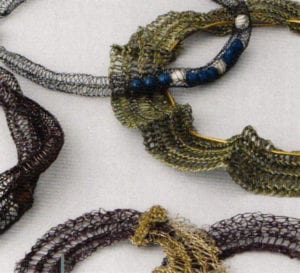 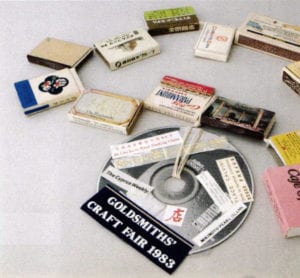 Necklace, match boxes and CD, collected all over the world

To a certain extent, the story of an unusual woman with her unusual life is also woven into the items. “Full Circle – Fate and Chance” is therefore the fitting name for a major special show of the jewelry designer’s work, exhibited by Martina Dempf in the Gallery Remise im Hinterhof in Berlin during October 2005. It presented work inspired from the countries in which the artist has traveled: Mexico, China, Poland and South Africa. It includes jewelry from the last ten years of changing fates.

Born 1915 in Kassel and raised in Herleshausen in Hesse, Ruth Robinson attended the Business High School from 1929- 1930. One year later, she joined the Young Pioneers in Berlin and set off with them for Palestine in 1934. She lived in Palestine, Syria, Lebanon and Egypt, where she was trained as a Montessori teacher, until she moved to England in 1947 to marry Robby Robinson She continued to work in a Montessori kindergarten in London. In 1969, Ruth Robinson started to design jewelry. After further education at the Camden Institute in London, she went on her first study trip to Mexico “I went to Mexico in order to become familiar with Navajo jewelry, and so I registered at the summer university at St. Miguel de Allende After that, I traveled the country for two weeks and lust fell in love with it”, she says on this time.

She continued to pursue her jewelry design ambitions from 1973-1980 at the Sir John Cass School of Art in London. Eight years later the artist set off on her major trip round the world. Thanks to her unprejudiced openness towards other countries and customs, these experiences and encounters left a significant impression on Ruth Robinson. The critical appraisal of the special features of different cultures can still be clearly read in the jewelry that has been produced until the present day. But the jewelry does not simply record or absorb influence, but instead finds its own expression in the impressive design potency created by the artist. 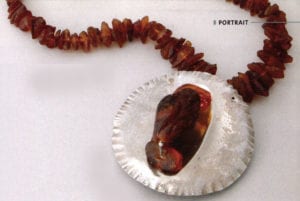 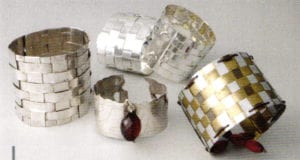 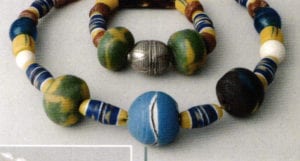 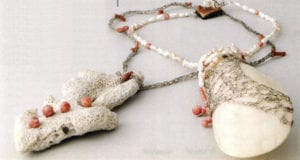 Within this framework, there is no question of losing sight of the one thing her jewelry is intended to convey: joy and enthusiasm. The rings, necklaces and bracelets are all varied and vivid and also, due to the use of very different materials, also very unconventional and humorous in a most refreshing manner. The work is also always direct and honest. The traces of craftsmanship are not hidden, but are instead emphasized absolutely on purpose.

If there is such a thing as jewelry that mirrors the idea of globalization, open dealings, the merging of peoples and the respect for different cultures, then it is the jewelry created by Ruth Robinson. “She is an artist who creates a very clear, personal statement in her jewelry and this against the background of solid understanding of the history of jewelry within the world’s different cultures”, said Bernd Roeter, Vice President of the World Craft Council Europe, paying honor to the expressive potency that transforms Ruth Robinson’s jewelry into wearable works of art.

All articles by this author
Previous Nico Taeymans: Jewelry and Other Stories
Next Timeless Values as a Basis
Social media