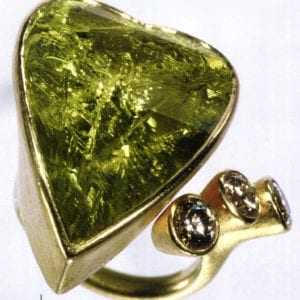 It is a year now since Peter Schmid took over the reins from the world-renowned goldsmith and designer Michael Zobel. The change of proprietor was mild and unspectacular – the Zobel designs remain expressive, full of vitality and characterized by unusual ideas. 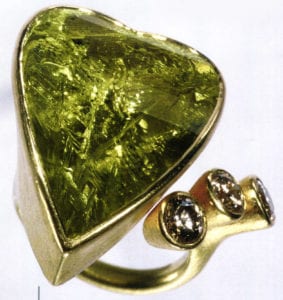 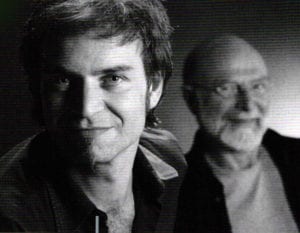 A winning team for many years: Peter Schmid and Michael Zobel 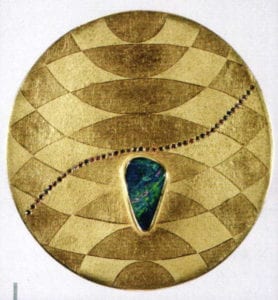 The “Papageno” can be worn as either a brooch or pendant. 18 + 24 karat gold with opal doublet and champagne colored, pink, green, blue and cognac colored diamonds

“We have enjoyed a friendly, paternal relationship from the very beginning”, says 34 year-old Peter Schmid, successor to Michael Zobel and current proprietor of the Zobel studio in Konstanz, when referring to his relationship to his former taskmaster. Peter Schmid has been at the Zobel studio for 11 years. Initially completing his goldsmith’s apprenticeship at the company, this was followed by a year-long scholarship to study Japanese lacquer techniques in Barcelona. Many years as the “right hand” of the owner were to follow. Since 1 February 2005 he has been the proprietor of the studio, which is known throughout the world. The legendary popularity of the Zobel studio is largely due to its founder, Michael Zobel, his unique, unconventional and unmistakable jewelry style and his charming, friendly manner. With administrative matters taken care of, Michael Zobel is now free to concentrate fully on his real passion, design, for which he is jointly responsible with his new, old partner. “With each item of jewelry it is apparent that it was made with pleasure”, says new proprietor Peter Schmid. The creations often combine convention and innovation, the principal goals are to arouse curiosity, provide enjoyment and convey vitality. According to Peter Schmid, the plan is to continue to utilize the familiar strengths of the company in the future. This can be seen in the intoxicating gold and platinum combinations, the rather subtle silver and platinum lines and the Zobel classic, the symbiosis of silver and fine gold in combination with selected gemstones. “One new component is a degree of modernity”, says Peter Schmid of the current objects in the collection, presented at numerous fairs around the world. In contrast, the “almost old-fashioned” work processes in the studio remain. “We work just how they did in the old days, on an open fire”, he reveals, before adding: “in combination with modern laser technology, obviously!” The two creative friends and business partners are certain to succeed where many have failed: in continuing a tradition of jewelry manufacture that never loses sight of its craft roots, whilst at the same time refusing to limit its scope, instead turning an inquisitive eye to creative tasks at all times. 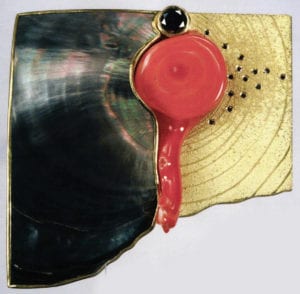 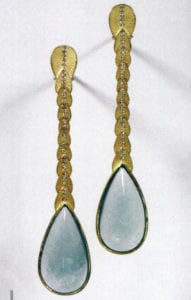 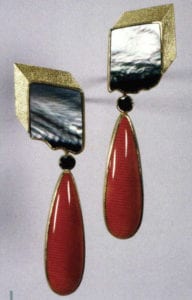