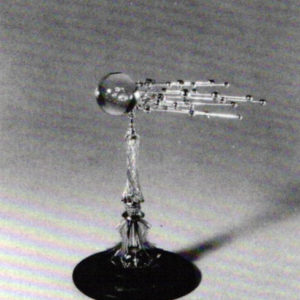 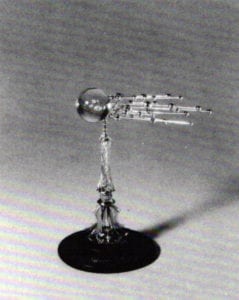 The Gesellschaft für Goldschmiedekunst and the Glashütte Limburg in Germany organized a competition to invigorate the thousand-year-old art of combining metal with glass. The Glashütte Limburg is an internationally renowned firm that still makes handblown glass for lamps. They supplied the gold – and silversmiths with massive glass balls of about seven centimeters in diameter, each to be transformed into an art object without practical purpose. The 82 entries came from all over Europe and the United States. 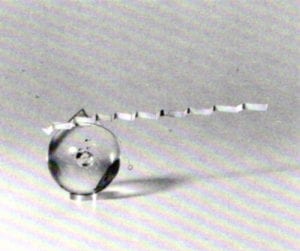 The competition revealed a wide range of forms and interpretations using a round glass body. The prevalent mater al chosen was silver, which yields optical effects of light and reflection on the curved surface of the transparent ball. Only seldom was gold used due to the fact that the warm tone of this material tends to react unfavorably with the glass. Color highlights were developed through enamel or light and dark contrasts of niello or blackened silver. 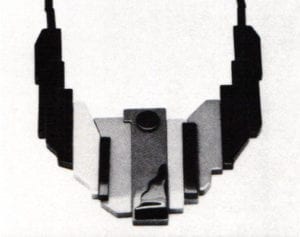 The crystal ball has a long tradition. Men and women in antiquity held a crystal ball in their hands for a cooling effect. In the Middle Ages, one believed in the magical power of the crystal ball. They were set on reliquaries, altar candlesticks or bishop’s staffs. In fact, in Renaissance times crystal had the same value as gold. 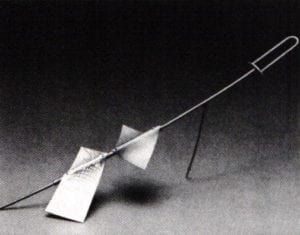 The current artistic interpretations of the classic ball included geometric compositions where circle, half circle, cone, pyramid or triangle combined in harmony. Other sculptural objects pointed to political or philosophical ideas. The silhouette of the glass ball was in many cases associated with astronomy and astrology, i.e., Halley’s Comet or the elements air, earth and water. The planet globe was a metaphor for humanity, inferring the beginning and end of life, as well as contrasting nature and the technical world. 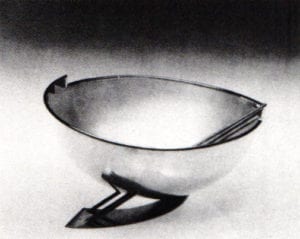 The “Grand Prix des Métiers d’Art” is in its third consecutive year as a juried exhibition open to all Quebec’s artisans. The theme this year was “the line.” For the first time the show included an invitational section “Rendez-vous des Maitres-Artisans Paris-Montréal.” which exhibited the work of 17 artists from France and Quebec. Jewelry was represented by Madeleine Dansereau and Jean Michel from Quebec, Marc Boissonnet and Goudji from France.

Jewelry was singled out from the other crafts in the show by the jury for its technical perfection, interest in design and profound respect for materials. Consequently, a third prize was given to jeweler Antoine Lamarche and 11 pieces by jewelers such as Kyeyeon Son, Louis-Jacques Suzor, Catherine Villeneuve and Michel-Alain Forgues were among 30 pieces in the show. 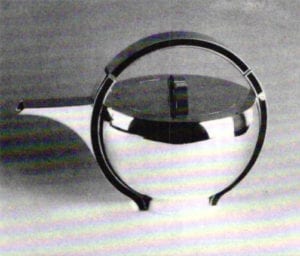 Since 1965 the Gesellschaft für Goldschmiedekunst has organized the European Silvertriennale jointly with the Deutsches Goldschmiedehaus Hanau The Triennale recurs for the 8th time in 1986. Entrees from 10 European countries. Austria, Denmark, Finland, Italy, Federal Republic of Germany, Great Britain, Netherlands, Norway, Sweden and Switzerland, 109 silversmiths, featured objects for both liturgical and secular use. 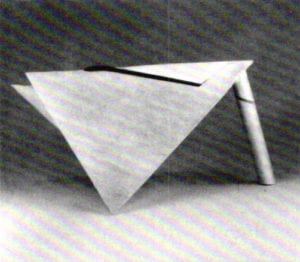 The basic arm and idea of the Triennale is to represent the wide range of technical and artistic possibilities inherent in the traditional craft of silversmithing. The Silvertriennale shows the wide range of styles from European traditions. Furthermore, insight is given into the various schools and training centers. 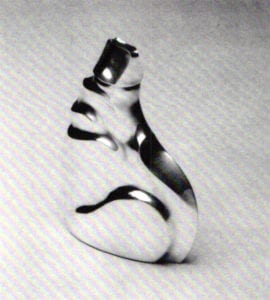 In Germany, work from Dusseldorf, Hildesheim and Nürnberg favors linear geometry. The Scandinavians tend to prefer simplicity in design though often a hammered effect is achieved on the metal surface. The British entries often show a revival of the art of chiseling and engraving, in particular an inclination for detailed ornament. The famous Vakschool Schoonhoven, Netherlands, is also represented by various talented students and teachers who find soft outlines preferable. The Austrian silversmiths presented some interesting examples of liturgical silver.

After having attended the exhibitions in 1982 and 84. I saw marked improvement in the quality of work being shown this year. Opening the judging to an international panel took the show into the realm of ”work judged on merit.” It was a small show, and this improved the quality. This year, 19 percent of submitted pieces were accepted, as compared with 30 percent in the past. Out of 822 pieces submitted, 160 were exhibited, representing work by 85 people from 21 countries. 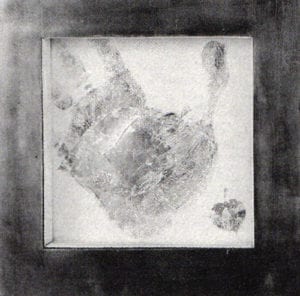 Some of the most interesting work is coming from behind the “Iron Curtain”: U.S.S.R., Poland, Hungary and East Germany. A Biennale staff member told me that the Russians gather in Riga, work for one month and the pieces selected by a jury of bureaucrats are sent to Limoges. Nevertheless, a fair amount of dissident work was able to leave the country as well. Indoulys Ourbans’s work (as in 84) left one with a feeling of unrest.

This time, spikes projected from a pyramid covered with imagery of shadows. blood and people trying to escape. Catherine Amos’s photoetched wall with padlocked doors had closed, enameled Venetian blinds. Léida Ylo’s De l’hiver au printemps sculpture combined metalwork with enamel. The shoots of full-grown winter and budding srping wheat could well have been arrows and spikes. Top marks go to the 10 enamelists from U.S.S.R. 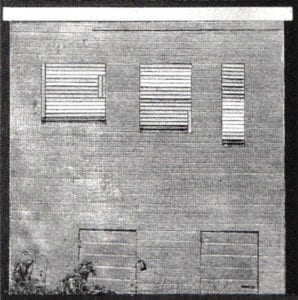 West Germany was a strong second with 17 exhibitors. Kai Hackeman received the prize for champlevé with his brilliant-colored enamels. Great Britain had some fine work in the Biennale, which incorporated more traditional methods, but was well executed. Three British pieces were purchased by a museum in Geneva, Switzerland, including a Bee Box by Philip Barnes. Barnes, a second-generation London jeweler, used fine cutting and piercing, then champlevé and basse-taille enameling in the cut-out areas.

Another feature of the 86 Biennale was the exhibition of work (six to 12 pieces) from each of the five award winners of ’84. 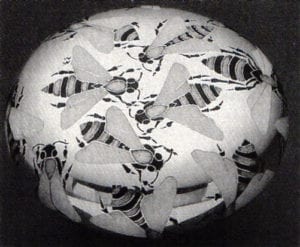 Each year the staff of the Biennale extends an invitation to a country that has not previously submitted work to enter pieces that are not judged. This year, Italy was the invited country.

It’s well worth the trip to Limoges. The Biennale has become an exciting new forum for worldwide enamels.