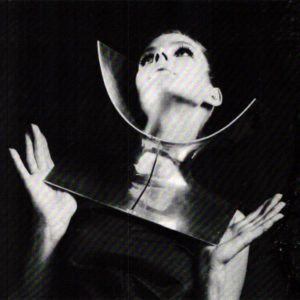 The Jewelry of Gijs Bakker

Since the late 60s, Gijs Bakker (b. 1942) has been influential to both Dutch and international jewelry design. His work, often humorous and ironic, rarely decorative, poses the seminal questions: Why do people wear jewelry? What does jewelry do to people? What is the jeweler’s role in this process? 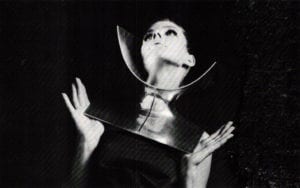 Bakker trained as a jeweler from 1958 to 1962 at the former Instituut voor Kunstnijverheidsonderwijs, now the Gerrit Rietveld Academy, in Amsterdam. He then studied at the Konstfack Skolan in Stockholm, Sweden, for a year, where he first encountered industrial design. Back in Holland, he worked for several years as a designer at the silversmiths Van Kempen & Begeer. Inspired by the industrial techniques he had learned, in 1966 he designed a spot-welded stainless steel bracelet. In terms of material choice and technique, this was a sensational piece, that was to mark a significant turning point in the development of modern Dutch jewelry design. 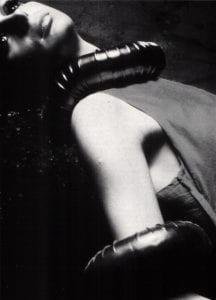 Gijs Bakker, Collar and Bracelet made from anodized aluminum stovepipe, 1967

In 1965 Bakker married Emmy van Leersum (1930 – 1984), a fellow-student at the Academy. That year, they held their first exhibition at Galerie Swart in Amsterdam, which coincided with the exhibition of geometric abstract reliefs by the Dutch artist Ad Dekkers. Dekkers’s work greatly impressed Emmy and Gijs. In it they recognized their goal: not craftsmanship but sublimation of form. The Documenta in Kassel and other exhibitions in their own country of contemporary Dutch and international art, such as Minimalism and Geometric Abstraction, stimulated Bakker and van Leersum to proceed further in the direction of a study of form, based on geometric and systematic principles. In this period, their work was characterized by the desire to eliminate the subordinate function of jewelry as decoration, by increasing its scale and forming a new relationship between jewelry and clothing. They created large metal collars which were related to dresses and trouser suits, also of their own design.

They rebelled against the traditions of the craft and wanted to free jewelry from its historical ballast. They strove to achieve industrial manufacture of their pieces to introduce the multiple in jewelry-making. Although production was never achieved, they made use of certain industrial techniques such as welding, cutting, polishing and anodizing aluminum. The materials they used were industrial ones: aluminum, stainless steel and plastics. By means of minimal modifications to the material (cutting, folding and bending) sober pieces were created, in no respect reminiscent of the traditional craft of the jeweler. Emmy van Leersum described their method as “attaining a maximum, using minimal means.”

Around 1970 Gijs Bakker created a series of bracelets based on the proportions of a standard aluminum tube. These bracelets often take the circle as their basic form, a corner being introduced by bending the material. Commenting on this type of jewelry, Bakker remarked: “I am not saying that it is a bracelet. Yes, you can wear it on your arm, but people buy it because they agree with it, not because it is a comfortable bracelet.” This pure, geometric resolution derived from Bakker’s earlier (1967) production pieces—a collar and bracelet, based on stove-pipe forms. Starting from the problem of how a piece of piping can be modeled round a neck or arm by pleating, he discovered the potential of stove-pipe as elementary jewelry.

There is a definite connection with Minimal Art in Gijs Bakker’s approach towards an industrial product as salable jewelry. He succeeds in using production jewelry as a vehicle for his ideas about his profession. These pieces represent a synthesis of the study of form and his critical approach towards contemporary jewelry esthetics. Bakker and van Leersum’s large, sober aluminum collars, which isolate the head from the body, and the tube bracelets, produced in series, together with the stove-pipe jewelry can be interpreted as a statement of the new spirit that had taken hold of jewelry design in Holland: against the cult of status and costliness and for industrial and mass culture developments.

Mentioning the names of Gijs Bakker and Emmy van Leersum in one breath is only valid for the first 10 years of their activity as jewelers. Until the time of her death, Emmy van Leersum remained involved in the consequential study of form in relation to the body. For Gijs Bakker, the study of form, with its inherent codes and rules, was to prove restrictive and dissatisfying. His critical approach to the profession resulted in the creation of jewelry in which concept is more important than function. Bakker, as it were, uses the theme “jewelry” as the focus of his investigations. 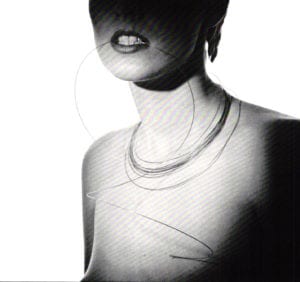 In 1973 Bakker designed the so-called “organic” pieces, which marked on advanced dematerialization of jewelry. With the aid of photographs he showed the impression of a gold-wire which had been tightly bound around arm, leg or waist for a short period. He strove to transfer the accent from the jewel itself to the body. These pieces are literally ‘molded to the body’: jewelry which, through a minor modification, brings about a startling transformation in the body itself. Bakker’s comments on the jeweler’s craft are ironic: he used gold at a time when it was practically taboo for the majority of young Dutch jewelers, as a goldsmith he formed not the gold but the body and, finally, the gold wire was kept in a signed, green velvet case. 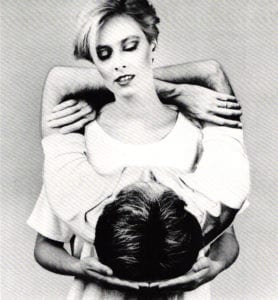 Other pieces such as the steel wire profile of Emmy and the disc profile of his Austrian colleague Fritz Maierhofer, dating from 1974, represented a reaction to the serial bracelets he had previously made. In his opinion bracelets had become too independent in form and application, while profiles were personal, non-interchangeable pieces, forming a discrete relationship with an individual. 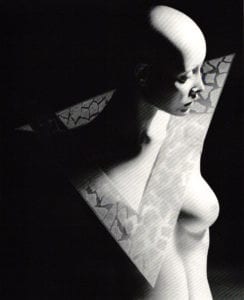 Bakker consequently questions the motives of both jeweler and public alike, through jewelry with an ironic character. On this subject he has said the following: “It has to be more for me. For me it remains the peg on which I can visually hang my story”. The decorative function of jewelry frequently reappears in his work as a sort of caricature of the concept “to decorate.” This is illustrated by the 5 meter necklace of gold wire (1977) and by the series of necklaces entitled Queens (1977), in which he mocks status jewelry. It also appears in the necklace Dew-drop (1982), a large laminated photograph of a red rose with dew drops, with its allusion to the hackneyed romance of beauty and eternal love, and the necklace Embracement (1982), in which a photograph of the artist’s arms surrounds the wearer’s head.

Bakker explained the latter two pieces as follows: “I see that, despite all the developments of recent years in the area of jewelry and wearability, people still have traditional tastes and that the traditional concept of what a piece of jewelry should be—simply decorative—is still very much present. Well, if people are so in favor of romance, I will let them have it. The Embracement and Dew drop are illustrations of the concept ‘to decorate,’ taken quite literally.” (In Dutch “to decorate” also has the meaning “to court.”) 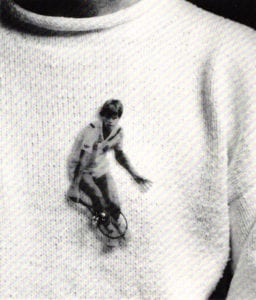 The main techniques which Bakker has employed since the Queens series is lamination: a fragile material (paper, photograph, flower petals, gold leaf) is sealed between two thin layers of transparent plastic. His most recent jewelry consists of necklaces that add figurative imagery to his advanced study of form. The necklaces are geometric. Materials such as tissue paper, silken thread, newspaper and goldleaf are treated by means of a minor change, such as being torn or folded into pleats, and then laminated in plastic. 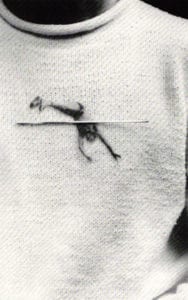 These maintain Bakker’s signature irony. The necklace Pforzheim 1780 is a laminated photograph of a baroque jewel. Here we see a piece that takes the convention of the jewel and the jeweler’s craft as its subjects. The figurative brooches represent popular images (sport figures) taken from newspaper photographs and combined with contrasting material elements such as gold and precious stones. The use of these costly materials – and the combined technique of the settings is stimulating in the light of contemporary developments. Old values appear reinstated. The circle seems closed. Or is this Bakker’s comment on the recent development in Dutch jewelry design, the return to craftsmanship at the cost of experiment?

Since 1972, Gijs Bakker has also worked as an industrial designer on furniture, lighting and glassware. He teaches in the Metal and Plastics Department of the College of Art at Arnhem and lectures both in Holland and abroad. His second American tour takes place in the fall of 1986. From 1966, Bakker has participated in numerous international group exhibitions. He was one of the contributors to the exhibition “Objects to Wear by Five Dutch Jewellery Designers, “which toured the United States in 1971. He has also held many solo exhibitions, including one in the spring of 1986 at the Helen Drutt Gallery in Philadelphia.

Paul Derrez’s Galeire RA in Amsterdam has been for the past 10 years a major condult for experimental jewelry, of which Gijs Bakker is a leading proponent. This article both examine’s Bakker’s pioneering work and traces the history of Galerie RA as a vehicle for bringing this work to a large public.