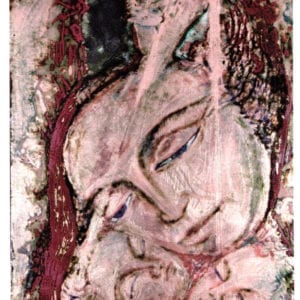 by Laszlo Gyergyadesz and Pal Toth

The International Enamel Studio, open throughout the year, provides the possibility of experimenting and studying for all those who would like to realize their ideas in the art of enamel. We can support the activity of the artists with self-made enamels, our methods and decades-old experience. The creative work is continuous but besides the artists’ individual work, we organize several symposiums every year. 2007 is famous for the widening of our store with Thompson Enamels. During our symposiums and also besides them, we organized workshops so that artists could get to know Thompson Enamels. 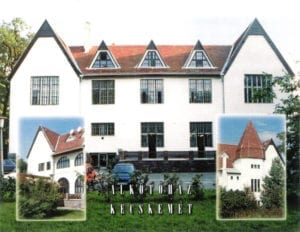 The Artists’ Colony of Kecskemét, a 100-year-old traditional Artist’s Camp.

The topic of ancestry was going on from last year and had further, more general perspectives besides the continuous experimenting in enamel art (Siberian and North American Indian analogies). The researcher and editor of this topic is the painter Endre Turi, the art director of our studio. Two new topic were suggested to be elaborated, which were connected with lectures, slide shows and listening to music.

Alexander Sergeevich Pushkin (1799-1837), one of the geniuses of the works and Russian literature, died 170 years ago. Two pieces of his most famous epic poems are Ruslan and Lyudmila and Eugene Oregin. The former one was inspired by the tales used to listen in his childhood. Magic creatures and events deriving from eastern epic poems were added to this determining experience. The main character o the other poem represents the redundant human type in Russian literature seeking by not finding his role and position in the world. Unfortunately, this human type has become global phenomenon. What could Tatyana, the noble-minded girl in love, tell this man loitering without aims? Can we find Tatyanas in our unmanly world at all?

A double musical anniversary made us celebrate and commemorate respectively this year. Zoltán Kodály (1882-1967), the world famous son of Kesckemét, was born 125 years ago and died 40 years ago. Two pieces of his works, Peacock Variation or Hàry Jànos musical dramas have found the way to the contemporary Hungarian enamel art of Kecskemét (Endre Turi, Júlia Sor, Károly Balanyi). Now there was a further opportunity for national and foreign artists visiting us this summer to use their imagination inspired by the discharged soldier figure who made international grade or by the musical cycle inspired y the folk song ‘The Peacock’. 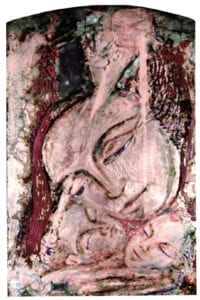 Remarkable works have been created included in the program and besides it. According to the suggestion of the jury, we awarded the prizes mentioned below at the closing exhibition of the 33rd International Enamel Symposium in Kecskemét:

Winner of the Grand Prize of our studio – Olga Likhovid, Russian Painter, Volgodonsk.

We chose Thompson Enamels because we now have the possibility of full-scale application of the enamel as complex material family with special regard to overglaze methods. We note here that we would like to bring underglaze techniques in focus in 2008, in relation to Endre Turi’s research. 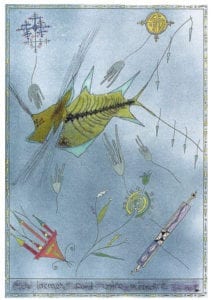 We have found that Thompson Enamels are the most suitable materials for renewing the overglaze technique and they match our enamels in some cases.

Our experiences are the following: 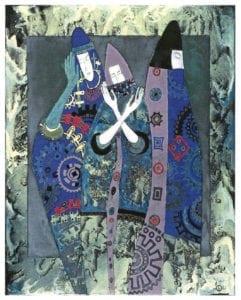 This year, two other programs have to be mentioned. We are organizing ‘Small Symposiums’ at our studio from November 19 to 30. From December 11 to 13, we are taking classes called Enamelling at Advent for children, where they can make presents for their parents, sisters and brothers. In the spirit of Advent, we wish all the artists lots of love and more intention to each other.

By László Gyergyádesz and Pál Tóth [Volume 27, Number 1, February, 2008]
In association with