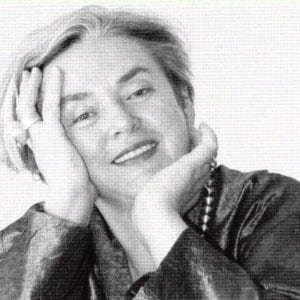 Where else, if not in Hamburg, this unique riverside city, has jewelry earned a platform that exceeds the bounds of a normal gallery in terms of size and content? The Jewelry Gallery is located just off the hustle and bustle of the city center. Jewelry designers from all over the world present their work on 250 square meters behind the venerable old Town Hall. Hilde Leiss is the initiator of this permanent jewelry show, in which she also exhibits her own jewelry creations. 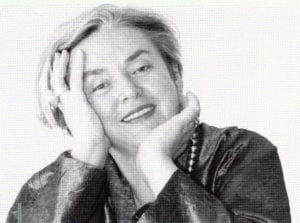 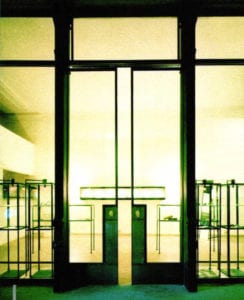 The high doors of the gallery entice you to come inside 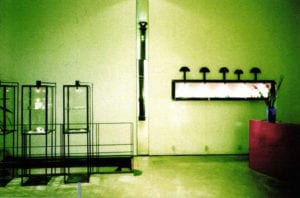 The generous spaces offer a lot of room for events

Hilde Leiss took a long and winding path before she became involved in jewelry. Trips through Europe and the United States led the master goldsmith into the jewelry craft, and the first hand-made pieces she fashioned for herself grew into a love of jewelry. A great passion grew from this over many years, and she now enjoys the attention of a broad audience. Hilde Leiss has run the Jewelry Gallery in Großen Burstah since 1988 and her name has close ties to the metropolitan city of Hamburg. She conquered the Hanse City from various ports of call, and every time her gallery moved, the exhibition space became more exclusive. Following on from the Mottenburger Jewelry Studio in 1919 in the multicultural borough of Altona in Hamburg, her second stop was the House of Crafts in Koppel 66 in St. Georg, a borough known for its vibrant arts scene. It was here that she started to exhibit jewelry by other artists and craftspeople in addition to her own work. The special show “Jewellery Redefined”, taken over from the British Crafts Centre in London in 1983, was the first international exhibition that presented a cross-section of the international avant garde of jewelry, featuring 80 artists ranging from Gijs Bakker to David Watkins. She put a question mark over the way we understand jewelry by using “worthless” materials such as paper; plastic and textile fibers. The series of special exhibitions, in which Hilde Leiss presents jewelry art and craftsmanship to a Hamburg audience, has continued to the present day. Acting as curator, she made the selection for the special shows “Paper Design” and “Costume Jewelry” in the Museum of Arts and Crafts in Hamburg. The decision to move into the expansive gallery rooms in Großen Burstah, was an entirely new feature on the Hamburg jewelry scene at the time. Until then, no one in Hamburg had shown sufficient courage. 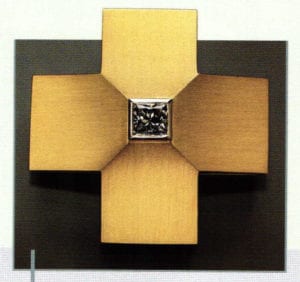 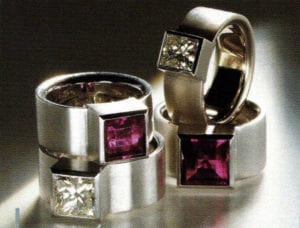 A real specialty: wide rings with diamonds or colored stones

Hilde Leiss can look back with pride over 25 years as a gallery owner. For jewelry enthusiasts in Hamburg, she has become a communications center and an institution. Right from the start, her gallery rooms were open to all the special aspects of jewelry glass or ceramics. The gallery-owner’s motto defines the criterion by which she makes her selection: “special things belong here…”. The object or wearable item of jewelry should convey its own character, a gag or a joke; then it will be deemed worthy to join the ranks of the other numerous exhibition pieces. In 2001, the Senate of the Hanse City of Hamburg awarded Hilde Leiss the Karl Schneider Crafts Prize for her own jewelry creations. Her work actually covers every kind of wearable jewelry. Chains in strict rows and heavily assembled bracelets in silver and gold were her trademarks for many years. According to Leiss, the jewelry from her studio is generous in form. Hilde Leiss loves gold and silver. Designed in a basic geometric form, it presents itself clad extravagantly with dominant, colored gemstones, lavish helpings of yellow gold and smooth silver. “My jewelry has grown with me,” says Hilde Leiss. Her jewelry is consistent and straightforward, without flourishes but with expansive surfaces of colored gemstones and precious metal. In her early jewelry designs, the gemstones were used as adornment; more recent designs show metal and gemstones in a more sculpted form and appear almost abstract. The gemstone is given an independent form. 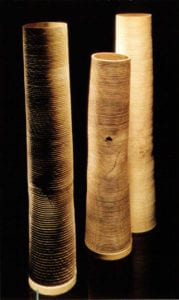 Wooden objects by Ernst Gamperl for the 25th anniversary 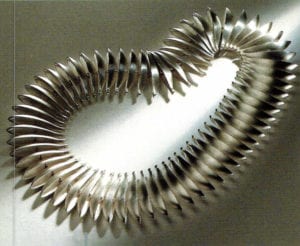 An exotic fruit was the godfather for this silver chain 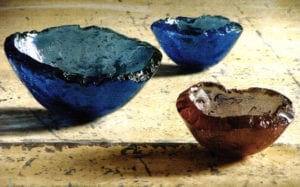 The historical gallery rooms in the merchant’s house in Großen Burstah also accommodate the studio, where her seven employees hammer and saw, creating a form of background music. Although Hilde Leiss forged a lot of the pieces herself at the start of her goldsmith career, her current collection consists to a greater degree of assembled pieces. The master goldsmith designs her own jewelry collections and allows her apprentices and journeywomen to carry out the work. Indeed, Hilde Leiss has accompanied legions of apprentices and journeymen along their path. Thirty apprentice goldsmiths have passed through the little factory for individual pieces, as friends call the studio. She is still in contact with many of them today and for many of them the threads run together in the communications center Leiss. The gallery owner and jewelry agent is also a generous hostess. The parties after an opening are just as legendary as her culinary skills. And the love of cooking gives birth to an idea that is sorely missing in Hilde Leiss’work: very personal cutlery and crockery. 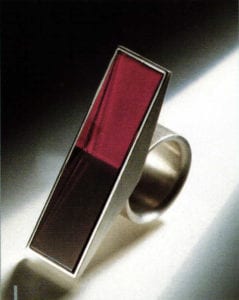 A silver ring with ground glass 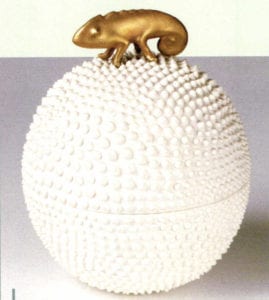