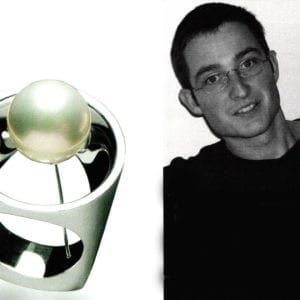 Big names, small prices – this principle is familiar to us from the furniture industry, but less so from the jewelry industry. Where sophisticated design and enticing prices are joined by a high degree of quality, the jewelry must be from the Bremen-based trading concern bastian. 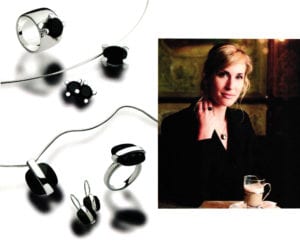 In jewelry design, connections between noteworthy designers and affordable collections are less widespread. It is sufficiently well known that internationally known designers such as James Irvine, Thomas Sandell, and Niels Gammelgaard work for Ikea, the best-known “inexpensive furnishings producer” worldwide. It is less widely known that the same is true of the northern German jewelry firm bastian., due to celebrate its 30th anniversary next year, which for the past eight years has realized the designs of distinguished, internationally known jewelry designers. Artists such as the German designers Ursula Gnädinger, Andrea Bandorfer and Ute Strothotte and the Danish designer Mikala Djørup have previously added their creative impetus to the jewelry collection of bastian. The Bremen-based firm is, however, also open to cooperation with talented members of the next generation of designers. 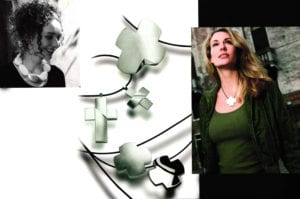 The designer Ursula Gnädlinger has worked as a freelancer for bastian. For 8 years. For the new collection, she designed a series of large-format silver cross pendants

“We made our name as trendsetters with our innovative design at affordable prices,” says Axel Fritsch in summarizing the firm’s guiding principle. The success of the firm is due in large measure to the efforts of Fritsch, who has been its managing partner since 1995 and is also responsible for sales, product development, and marketing. His commitment and ideas saved the firm from the financial ruin that threatened it eight years ago. The business model is as simple as could be, but restructuring took courage. The collection is made up of two areas: the basic collection, which consists of top-selling classics, and the complementary line of design-oriented highlights, jewelry pieces that follow or even create extravagant trends. The designs for these lines are all the work of freelance designers; the idea for working with them came from Axel Fritsch, and the firm has done so since he took over the business. For pricing reasons, the largest part by far of the collection, creation of which requires a large measure of work by hand, is made in small series in Asia. Through many discussions and difficult negotiations, the production companies with whom bastian has worked for several years now have attained a level of quality that is entirely on par with European expectations. Other key points of this successful principle are exclusive distribution at retail locations – to maintain a certain exclusivity, the firm does not do business with chains, mail order companies, or department stores – along with placing special emphasis on the areas of marketing and advertising. The company’s pleasant director has just returned from Venice, where the current fall collection was photographed against a backdrop of early-morning mist for the new advertising prospectus. 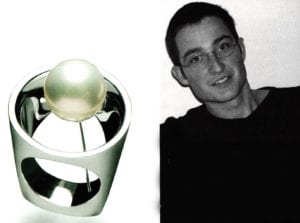 This ring, with a moveable pearl, is a design by the Vienna-based designer Roland Auer, who developed jewelry for the special collection by bastian. For the first time this year 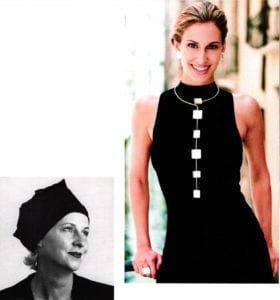 Sabine Ring-Kirschler is also a new addition to the team at the Bremen-based trading company. Her striking silver necklace is a successful blend of graphic severity and feminine expression

Art + Design: You work with various jewelry designers who develop special collections. Who looks for the designers with whom you would like to establish cooperation?

Axel Fritsch: The product manager, the sales manager Eric Gaertner, and I are jointly responsible for that. When I took over the firm eight years ago, began by going to large trade fairs and keeping an eye out for designers I found interesting. I asked various designers whether they could envision working with us on a freelance basis. It is, however, also possible – and increasingly common – for designers to come to us because they are interested in working together. We are pleased by this level of interest and are very open to such offers.

Art + Design: What are the concrete attributes of collaboration?

Axel Fritsch: Together, we look through the existing collection by bastian., because the new jewelry should fit with the collection’s overall statement. Then we consider topics for a special collection, and the designer develops a small but complete collection in the form of finished sample pieces for each idea. These pieces are then presented and sometimes further developed or changed. This all happens in consultation with the product manager, the sales manager Eric Gaertner, and me.

Art + Design: How long does a term of cooperation generally last, and which designers are you working with at the moment?

Axel Fritsch: It varies widely. The length of cooperation is ultimately at the discretion of the designer, because we do not obligate anyone to develop a new collection for us each year. There are some designers we have worked with for eight years, since the beginning of this business principle. Ursula Gnädinger, for example, was one of the first, and we still work with her today. On the other hand, we also have more recent relationships, such as those with Sabine Ring-Kirschler and with the young, Vienna-based jewelry designer Roland Auer, who has already won various prizes. These three are currently developing special collections for us that will be part of the overall collection, alongside the basic pieces.

Art + Design: What are the advantages for your company in working together with various freelance designers, each one of whom has his or her own individual signature style? Is the diversity of each of your collections not confusing to your clients?

Axel Fritsch: At the beginning, we did actually have to learn not to design the collection to include too much variation. When I first came up with this principle, I was so excited about it that I am sure we demanded too much of our clients with the diversity of our collections. But those times are behind us now. Nowadays we are happy to add the designs and the names of good designers to our own, thereby demonstrating our competency in the area of fashionable jewelry.

Art + Design: What are the advantages for designers in working together with a trading concern like bastian.?

Axel Fritsch: Naturally, the earnings, for one; alongside their work for us, these designers maintain their work on their own collections, and so their work with bastian. Represents another source of income. Some other advantages are a stronger marketing effect and greater distribution throughout the market. All the designers we work with are mentioned by name and they can therefore experience a range of distribution that they might not achieve with their own collections. Overall, this principle could be thought of as a kind of “cross-fertilization”: on the one hand, the innovative ideas of young designers enrich our collections, and on the other hand, they can build their reputations by working with us. 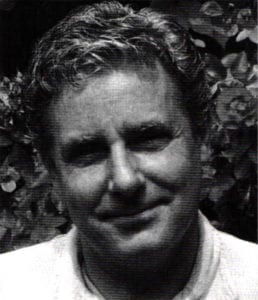