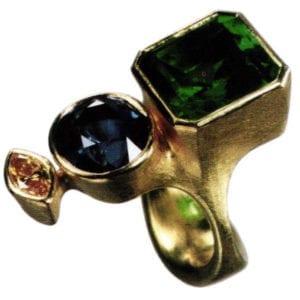 “Colors are vitamins for the human soul”, claimed the German painter Professor Hans Jaenisch. In saying this, he emphasized the influence of the multifaceted vivacity of the world on our inner feelings. Favorite colors are not comprised simply of the basic colors red, blue and yellow, from which all other colors go forth. For many people, intermediate tones are also extremely significant. Not to forget the “non-colors” black and white. 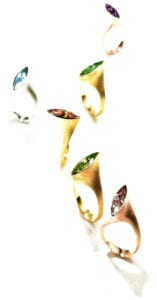 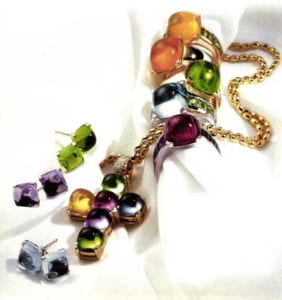 Pure joy of living by Buchwald: Young and fresh, bursting with life an color – large cabochons of rubellite, topaz, peridot, tourmaline or fire opal send out sparks of good humor

One of the most pleasant ways of the getting ones daily dose of vitamin color is to wear it on the finger, arm or neck as an item of jewelry. Being a goldsmith or jeweler is therefore also to act as a color and style consultant. The spontaneous response from many people to the question of their favorite color is red and green or blue and orange. They often mention two colors that are opposites on the scale of color. This is by no means contradictory but instead is born of the desire for harmony. If one focuses on a color for long enough, the brain will automatically and unconsciously switch to the complementary color. People seeking a fulcrum within the complexity of their own personalities will find a tangible pledge on balance in a whole series of gemstones. Nature holds astonishing reserves of these treasures in many places, while experts transform them into wearable jewelry. 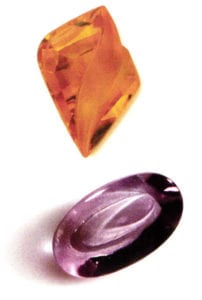 Citrine and amethyst by Constantin Wild. The convace cut is designed by Michaela F. Müller 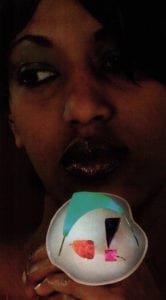 Complementary colors are found most frequently within one and the same crystal in tourmaline. They emerge from a long and often changing process when material deposits itself around a germinal. In other words, crystals grow in a real sense. Tourmaline is found in all colors of the rainbow. It is found in the traditional mining areas of Brazil and Africa and sometimes also in a color combination featuring blue and yellow or purple, green/yellow or even black. 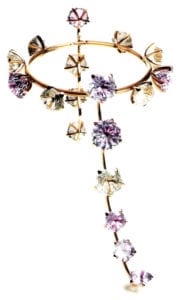 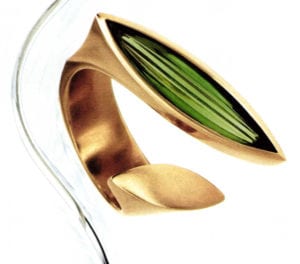 Red and green are the trademark of a less precious, opaque gemstone in the quartz family: dark-green heliotrope has fine red points or stains of ruby glimmer. This is what has given them their name blood jasper. Another complimentary couple comes from Bolivia. They are violet amethysts with yellow parts. People have known for over 250 years that amethysts turn yellow to reddish brown when heated to 500 degrees Celsius and that this is how most of the citrine on the market is produced. However, until recently, no one had known of two-tone deposits of a natural origin. Ametrine was taken from the combination of citrine and amethyst; it is of particular interest to people with esoteric inclination. 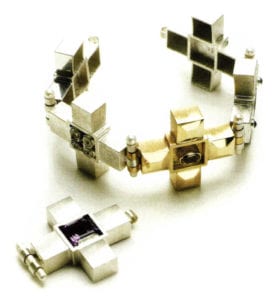 The naturally multi-colored appearance of agate is and has been used for millennia in order to produce gems, cameos and other jewelry objects. Alexandrite is a special variation for everyone who is equally in love with red and green and therefore in life and love. This rare version of chrisoberyl is almost as hard as corundum and has the special characteristic of shining green in daylight and red under synthetic light. The reason for this striking color change is the chromium atoms in the crystalline grid that either swallow certain light waves or allow them to pass. 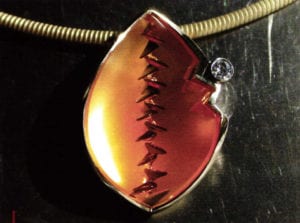 People who like true gaudiness as their appreciation of color changes with their mood are bound to be particularly enamored of opal. Red, blue, turquoise green and yellow are the small, shining islands of color on a milky white or grey black base, depending on the incidence of light. Opal jewelry calls out to be moved and is therefore just right for vivacious women. However, color combinations are more and more frequently being offered by arranging various gemstones in a pattern. Violet is among the most mysterious of all colors, expressing indifference and also discord. This may attract some women in particular who declare amethyst to be their favorite stone. If one thinks of blue/green, thoughts automatically turn to turquoise. However, the origins of the name are different and are taken from the “Turkish stone”, as the first turquoise stones were brought to Europe in the late Middle Ages via Turkey and Persia. 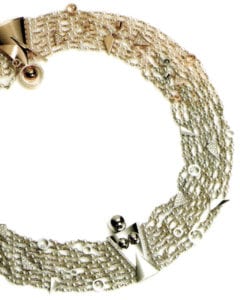 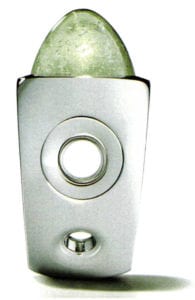 White is the brightest light and the origin of all color, although it is outshone by every other color. Diamonds are and will remain the kings of all gemstones with their unbeaten harness and transparency. Blue-white and white are its best “colors”, although there is nothing there but a shining gleam. Their great appeal to the female soul is doubtless, as their own favorite color is found in the entire spectrum of fire smoldering inside diamonds. Black diamonds or tourmaline and dark, smoky quartz are the stones to offset the lively gaudiness. Onyx (often synthetically dyed agate), obsidian, a volcanic glass, and metallic, glowing hematite are other ways of introducing the color black. 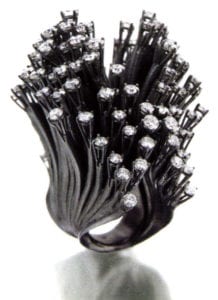 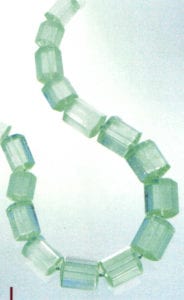 Seawater-blue beryl goes by the name of aquamarine, as the color of the stone fluctuates between light blue and blue green. It is a rare and therefore precious stone and offers an intense color. However, it is clearly distinct from sapphire, which is considerably darker. An old fairy tale says that aquamarine comes from the treasure troves of mermaids and is spilled up on the beaches from the depths of the oceans. This makes it a stone for seafarers, promising good fortune on travels. 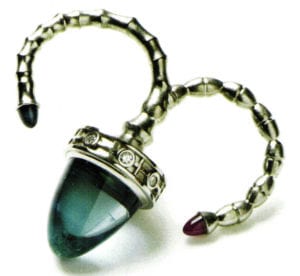 In addition to aquamarine, the beryl group also includes emerald. The transparency may be disturbed by cracks, hollow channels or occlusions. The golden yellow stone is also known as gold beryl, while the green variation is known as heliodor and the pink version morganite, to name just a few names. Garnet was important during medieval times as one of the carbuncles. Distinctions are made here between the types of color such as the blood red almadine, which may have a touch of violet, pink or purple-red rhodolite, red pyrope and the yellowy green demantoid, to name just the most important. 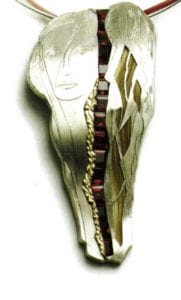 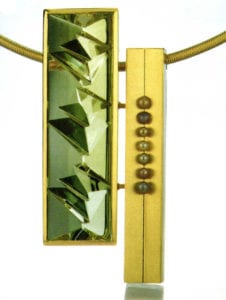 Amber was the focus of great interest, even in prehistoric times. Its Greek name Elektron indicates that amber becomes electrically charged when rubbed. Its transparency fluctuates between clear and opaque. Yellow is found in all tones and depths of color, sometimes also in orange and brown, but rarely in blue and green. 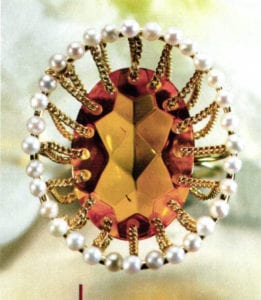 Rubies – like sapphires stones in the corundum group – were the favorite stones of Catherine of Medici and Madame Dubarry. Prince Rainer von Monaco also has a great appreciation. Legend claims that the rarest of all gemstones, whose name is taken from the Sanskrit word “Rubeus” (red), contains the original spark of all life. The transparent stone is particularly beautiful in sunlight, but is also seen as an evening stone. In Sanskrit, sapphires are known as Sauritana, a stone dedicated to Saturn. Officially, it is a member of the corundum group, but is found more frequently than ruby. A rare version of the blue, transparent Faithfulness Stone is the orange colored padparadja. Sapphires are particularly effective as evening stones, while they appear slightly dark in sunlight. There are entirely homogeneously colored stones and also others that have stripes or stains. The uneven distribution can be compensated using a suitable cut. Just like star ruby, star sapphires may also manifest the phenomenon of asterism. 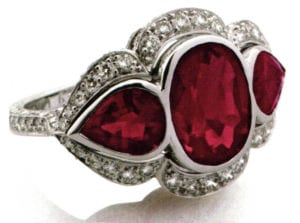 In the 13th century, Bartholomew Angelicus said: “Emeralds are noble stones. Their color is green like the cool bed of the ocean with blue skies and sunny weather. It is one of the best of all gemstones and the most worthy to grace the hand of a king.” Johann Wolfgang von Goethe loved emeralds most of all and is also one of Gina Lollobridgidas’ favorites. Columbia has the most significant deposits of emeralds. Beauty and depth of color determine their value in addition to the purity. 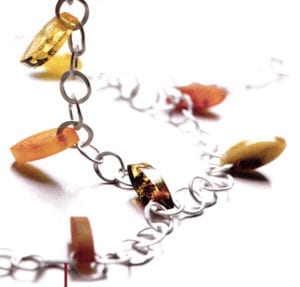 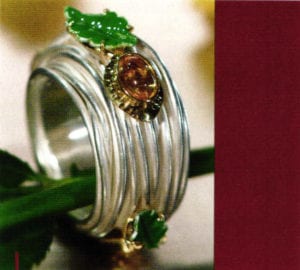 It was the “Zargun” (the Golden) for the Persians: zirconium is very similar to diamond with its excellent characteristics. It is found in very different colors. The pure substance is colorless, whereby no other gemstone offers quite as many surprises in terms of color changes. In addition to brown or brown-red stones, there are also red, green and yellow variations. Brown and brown-red stones turn colorless when exposed to heat and oxygen. If they are bombarded with radium, they receive a beautiful amethyst color; however, it cannot prevail when exposed to light. Brown zirconium can take on a beautiful, blue tone when burnt with hydrogen or carbon monoxide. Its high refraction of light and complete transparency means that zirconium is excellently suited as a jewelry stone. 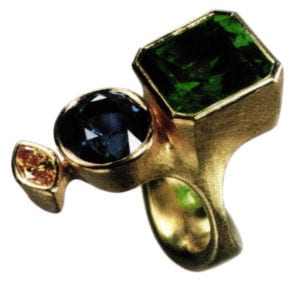 All articles by this author
Previous Power and Magic of Babylonian Gemstones
Next Rivoir Manufactory: La Beaute Moderne
Social media