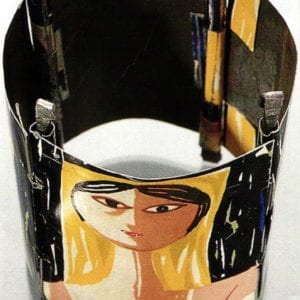 It’s hard to believe, but true: in Italy, where more than in almost any other country it is taken for granted that luxury will be put on display, opportunities to learn the noble craft of the goldsmith at college are rare. 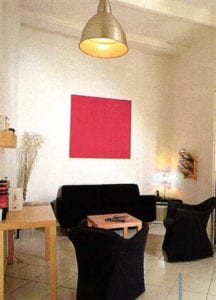 Some state or private institutions do offer an expanded course of study that takes jewelry design into account, but a pure college of contemporary jewelry design did not exist in Italy until a few years ago. In 1998, Doris Maninger from Graz in Austria and Lucia Massei, a native of Florence, founded the Alchimia Contemporary Jewelry School in the heart of Florence. 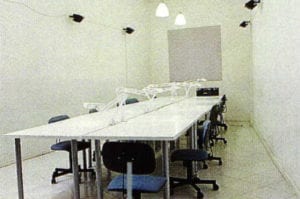 The school, in the middle of Tuscany and thus situated in one of the most beautiful landscapes in Europe, plans to combine different nations, influences, and traditions and thus take a step in the direction of modern and also experimental jewelry production. In the relatively short time of four years, the high quality of the apprenticeship, the course content, material, equipment, and international co-operation have already catapulted Alchimia into a leading position among institutions with apprenticeships in jewelry design “Today,” says Doris Maninger, “we are very proud of what we have already achieved together with our students.” 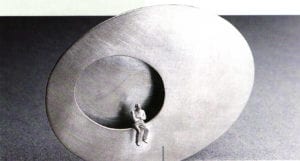 The training at Alchimia lasts three years, focusing on a different aspect each year. Massei and Maninger describe the course of study as a workshop rather than an apprenticeship or training. This is because the ideas and visions are to be developed and implemented by the tutors and students together. “We set great store on mentoring the students individually, we know their potential abilities and can then give our attention to nurturing their individual strengths,” Maninger explains. This is only feasible, of course, if there is a favorable ratio of teachers to students. In fact only 10 new students are admitted each academic year, while eight tutors teach the courses. 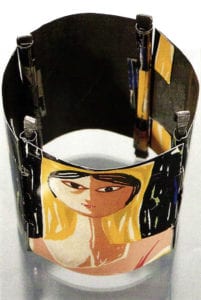 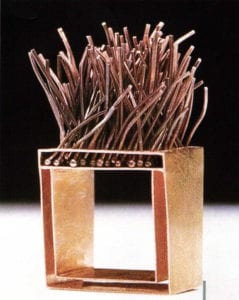 Technical terms and tools used in the jeweler’s art are also explained, and students make their first rings, chains, and pins. Students are responsible for their own tools, and must supply their own files and other small tools Strict discipline is required at Alchimia in general, sometimes in sharp contrast to the popular cliché of the relaxed attitude of Italians. For example, the rules of the Florence institution include the item “Punctual attendance at classes.” A student who arrives more than 15 minutes late for class will not be allowed in until the next period. With all their creativity, students are serious and committed to their work. The second year focuses on planning and design, and students make their first group objects with the development of jewels according to a specified theme. Working with precious alloys, surface treatment, design techniques, and the use of alternative materials, are also studied.

In the third and last year of instruction, students are prepared more intensively for their professional life, with particular attention being paid to their creative and intellectual development, as well to perfecting their technical skills. The students are to be assisted to find their personal style, not least as far as their individual method of working is concerned. Students in their third year of study are also thoroughly coached in presenting themselves and their artistic work. “Two things are particularly important to us,” explains Doris Maninger. “Students at Alchimia must be specifically prepared for their profession, so that they can decide what path to follow.

It is also our aim to accompany and encourage them so that they find their own means of expression.” 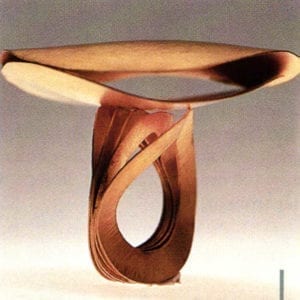 Both the tutors and the students develop into entrepreneurs. Students get the opportunity to exhibit their work at trade fairs all over the world. Their jewelry can be seen at lnhorgenta in Munich, Midora in Leipzig, in Boston, Chicago, or London. In this way they gain valuable contacts with international industry and in the trade. The budding jewelry designers are also encouraged to travel to other countries. An exchange program with the Rhode Island School of Design in the U.S.A. is presently under way, and inquiries from Germany, France, and other countries are piling up. “We place great emphasis on a broad spectrum in design apprenticeships, and so the students should go out into the world, see other things, and exchange views and experiences with other people. This is the only way to establish their own means of expression,” says Maninger, explaining the basic principles of the training. Another example of this is the successful start of the “Moving Dialogue” project in co-operation with London Guildhall University, in which Alchimia students receive half-finished works by the London students and finish them, and vice versa. “Moving Dialogue” will continue next year, and the results are certain to be featured at the Inhorgenta fair in Munich. <div class="adframe"> <div class="adframe300x250"> <div class="adframe300x250label"> <i class="fa fa-gem icon"></i> Ganoksin is sponsored by</div> <center> <div id='div-gpt-ad-1479839315130-0' class="ad-item" style='height:250px;'> <script> googletag.cmd.push(function () { googletag.defineSlot('/87578358/ganoksin-paragraph-3', [ 300, 250 ], 'div-gpt-ad-1479839315130-0').setTargeting("topicid", ['exhibition', 'jewelry-design', 'features']).addService(googletag.pubads()); googletag.pubads().setCentering(true); googletag.pubads().enableSingleRequest(); googletag.enableServices(); googletag.display('div-gpt-ad-1479839315130-0'); }); </script> </div> </center> </div> </div>

An impressive diversity is also evident in the selection of the teachers. These include Giampaolo Babetto from Italy, Manfred Bischoff from Germany, Arline Fisch from the U.S., and Manuel Vilhena from Portugal. Works with textiles, sculptures, and experimental jewelry are represented through the varied mixture of styles.

Lucia Massei and Doris Maninger have closed a gaping hole in jewelry design training with this organization. Good things cost money, however. The fees for the three-year program amount to about € 17,000, which includes the materials such as silver and stones, but not the 20% value added tax. There is hope for people interested in the program but unable to afford this sum of money, since every year one scholarship is awarded that covers the fees for one year of study.

All articles by this author
Previous Design for the Way Things Are: Survey of Ideas
Next The Department of Trier
Social media