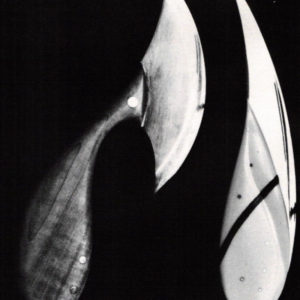 This article is a review on the Knifemaker’s Art Exhibition held at the Edward H. Merrin Gallery of Antiquities, New York City on  June 20-July 6, 1984.

This exhibition of contemporary work was displayed at the Edward H. Merrin Gallery of New York, which ordinarily shows only antiquities because the owner is keenly interested in knives. He therefore invited Ken Coleman (currently with Parson’s School of Design) to organize this invitational of blades by 14 American artists. The two-dozen pieces ran the gamut between traditional and pure fantasy.

What could only be assumed to be blade forms, not actual knives, were the pieces by Beverly Shawn. With titles like Deadly Road Ahead she has told a little story using images pierced from various nonferrous metals and bolted onto a shiny steel blade. These pieces more than any of the others stretched the esthetic canon of form and function which was the underlying theme of the exhibition. 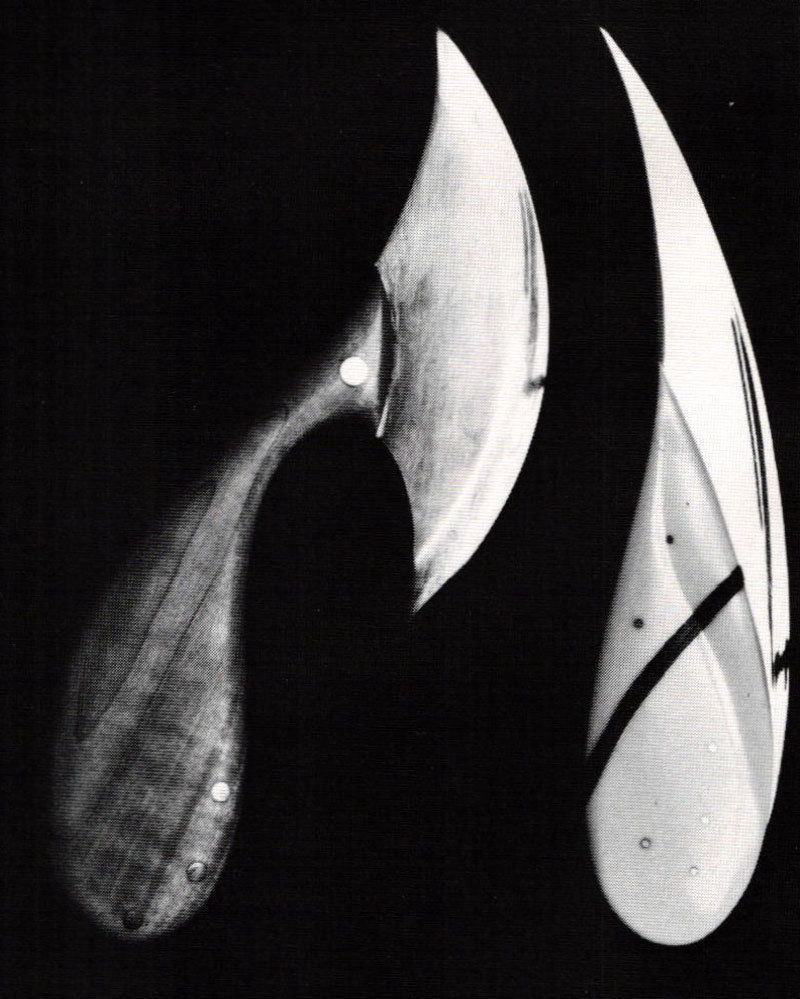 Mike Croft showed great range in his approach to making knives. His Whale of a Chopper was humorous, using inlayed steel and carved walnut for the tail-of-a-handle. His Bitty Blades are funny to pronounce but the little things fit on your fingers as perfectly and sculpturally as any serious rings.

There were several clever innovations in this show which demonstrated that the participants were exploring new avenues of designing rather than copying or imitating all the good knives of history. Garret De Ruiter invented a letter opener with a tiny curved blade set into a full-sized handle which effectively opens any envelope without damaging its contents and is less dangerous to have around than the usual ones. Mary Hughes combined her obvious mastery of metalsmithing skills to produce a piece of sculpture which also chops vegetables. Its blade is so gracefully incorporated into the handle that its usefulness as a tool was not immediately apparent. Bill Buchner’s Damascus steel knife was a wonder of technical accomplishment as well as a beautiful visual statement. Its handle fits nicely in the hand, the thumb falls automatically into the hollow formed there for it and the blade just goes on to do its task. AII of this, along with the perfect layers of folded steel which gave it a wood grain pattern. 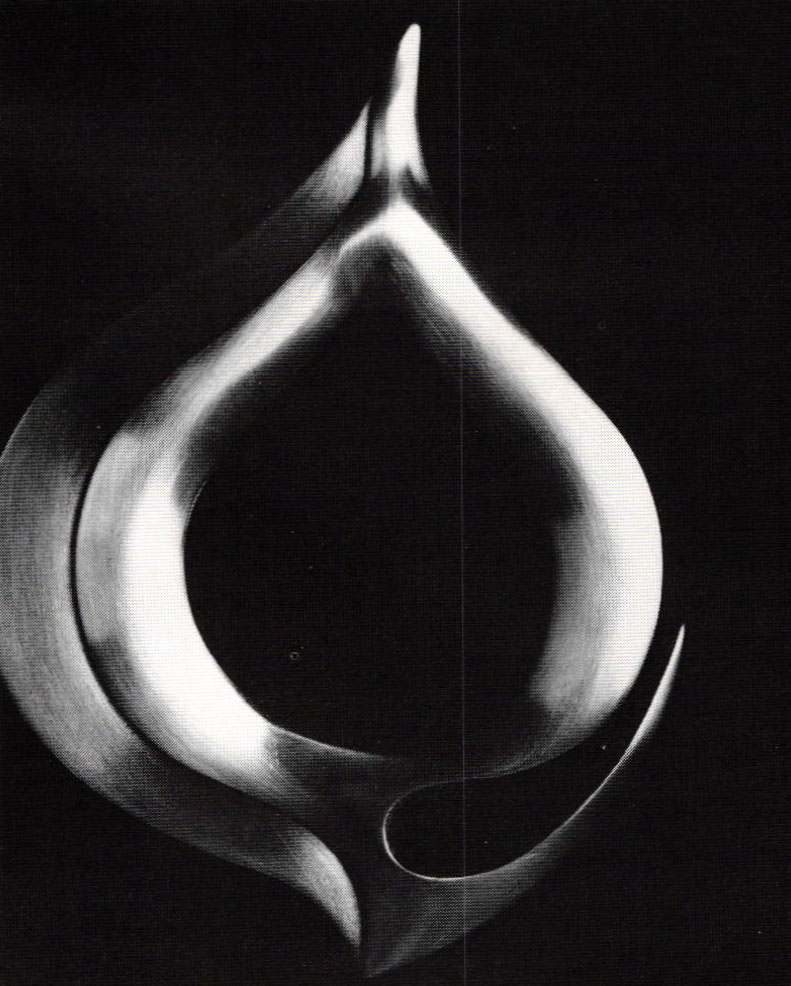 The more traditional style blades in the show were an herb cutter by Bob Coogan and one by Peter Jagoda. The curvilinear shape of the herb knife is familiar from days gone by as is the handle shape of Jagoda’s piece, complete with a hole in the end to secure it with a thong. But looking closely, what appears to be orange wood is instead resin-coated cloth called Micarta. Micarta has become a traditional material of knifemakers owing to its fine working qualities and extreme resistance to wear and stain. Pakawood is a similar material which is a perfect substitute for ivory. Another new, now traditional material being used by all knifemakers is called “Pressed Fiber.” It is laminated into a handle in strips between metal and ivory or wood, plastic and so on. Besides adding many nice color variations, it allows for any expansion or contraction to occur. All these materials can be obtained from any good knifemaking supply company.

The Merrin Gallery is to be commended for its willingness to extend its boundaries beyond antiquities to include what will surely prove to be some of the fine antiquities of tomorrow.