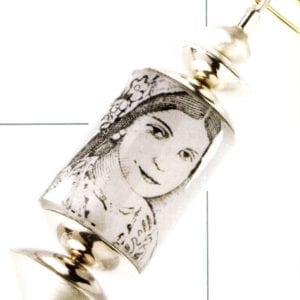 For Marie van den Hout, renowned owner of the Gallery Marzee, there is quite simply no doubt: Jewelry satisfies all criteria that also apply to other areas of art, provided that it’s aim is not only to suit the needs of those wearing it or those of the market itself. Getting this point mixed up is abhorrent to her. In another area of so-called applied art, Annette Giegon – hersef a successful architect whose work carries the label of art – has an entirely different, radical opinion. Buildings are no art. It could benevolently be described as “building art”, even if it ultimately remains architecture. 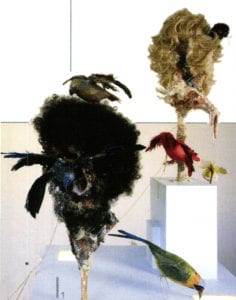 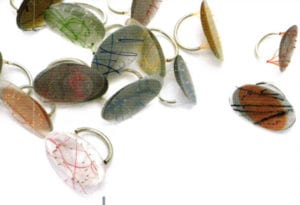 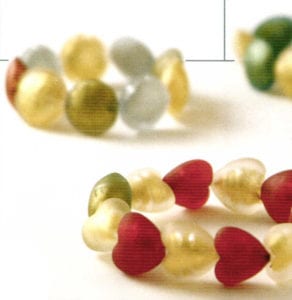 Bracelet by Henriette Schumacher. Made of murano glass 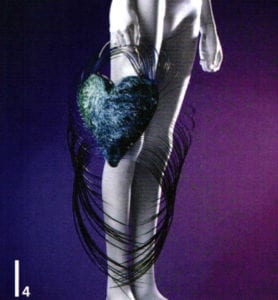 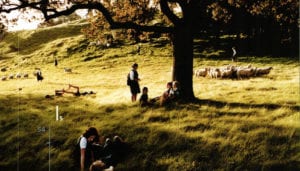 Giegon explains the relationship between art and architecture as follows: Art can support architecture, possibly even produce it. However, she does not believe this to be the case the other way round. The only way of resolving the contradiction between these two perceptions is if one believes it to be an essential element of art that it triggers thought processes. And this is something the creations by jewelry manufacturers fulfill in a fascinating correspondence with painting, for example.

“The world must be made romantic”, noted the poet Novalis in 1798, in a situation in which humankind believed the end was nigh. Perhaps this is the experience that connects the generation around 1800 with the present day. 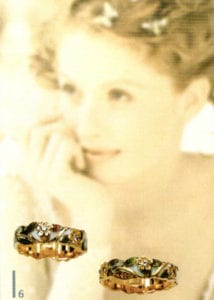 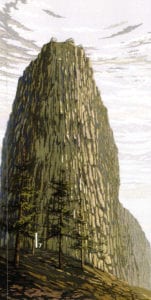 David Thorpe “We Are Majestic” 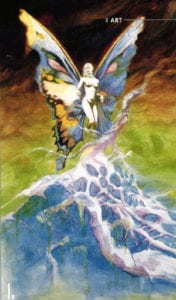 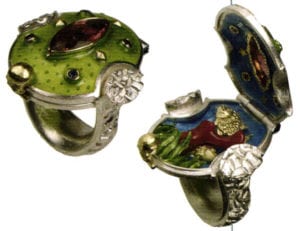 Coolness is certainly over for the while. The longing is for intimacy and a sense of belonging, permanent values and beauty. In a society characterized by growing mobility and the dissolution of social bonds, lonely people search desperately for a foothold. After years of confrontation, an entire movement within contemporary art is returning to the political and social arenas, searching for utopian worlds. The exhibition Wunschwelten (Utopian Worlds) in the Schirn in Frankfurt recently took stock of these longings with their back to the quite dark present day. The New Romanticism, say the curators Max Hollein and Martina Weinhart, is now found in studios in London, New York or Berlin. Work by Peter Doig, Laura Owens, Uwe Henneken, David Altmejd, Kaye Donachie, Karen Kilimnik, Justine Kurland or David Thorpe quite consciously interlocks with romantic perceptions of the past. But now as then, the incantation of all that is beautiful, whole and like a fairy tale simply masks the fragile, questionable, abysmal or sinister. This ironic questioning of feelings behind the facade often makes the work post-apocalyptic instead of idyllic. 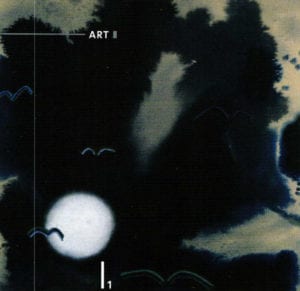 Glass blossom by Elena Bednorz. Made of moretti glass 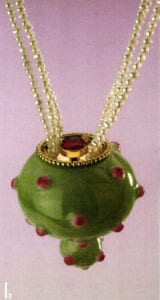 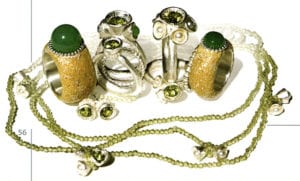 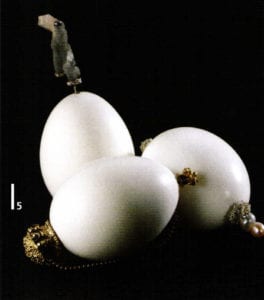 Parallel to the painters, jewelry designers are creating an idealistic world, which remarkably draws on the same influences. Embroidered or knitted pieces symbolize a safe world; lashed in and forced into form they, however, question it immediately. In other cases, fairy tale figures are taken as topics, for example the Frog Prince; but the figures are always different to the way they present themselves. Petit fours as jewelry are not only an optically successful coup, but also reveal the values of prosperous citizens. The waste produced by industrial society, for example a bottle of sparkling wine, is transformed into a ring: A nice piece of jewelry, but also a reminder to consider the unconsidered waste of resources. 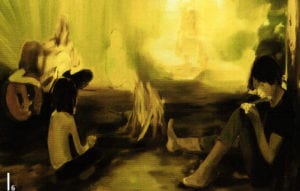 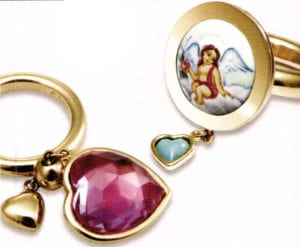 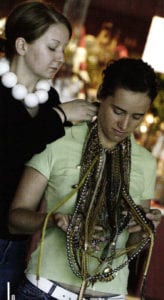 Necklace “Lured and spat out” by Ingrid Römmich 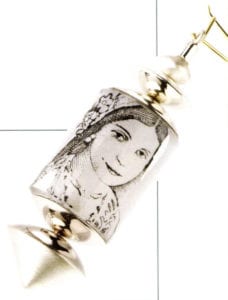 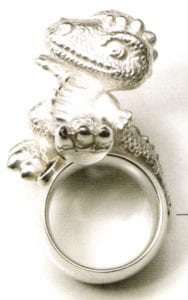 Ring “Diamond Dragon” by Gitta Pielcke. Made of silver with cognac colored brilliant 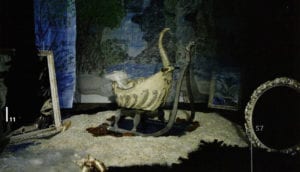 New Romanticism is certainly lust one style in modern art. But it shows, some times stubbornly, sometimes playfully and kitschy, that art is always a seismograph of time, even if it is sometimes created in a wayward, obstinate and self-absorbed manner. It also confirms that questioning things in the background is precisely its inherent attraction. Romanticism often leads to religiousness, mysticism or at least in a longing for transcendental experience. There are also numerous examples of this. The jewelry artists have not only found an original form in the material suitable for this, they have also clearly shown what they see and feel in themselves in this respect.