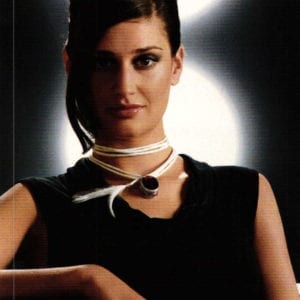 Light and filigree, yet robust and elastic: feathers are one of nature’s true works of art. This magnificently colored dress not only attracts fellow creatures, but also human beings. Indeed, humans have worn decorations made of bird feathers since the dawn of time. Thousands of years ago, indigenous peoples discovered the wonderful properties feathers possess and their stunning colors and have since used them as jewelry, status symbols and as a means of communication. 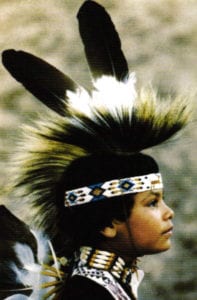 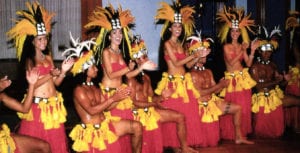 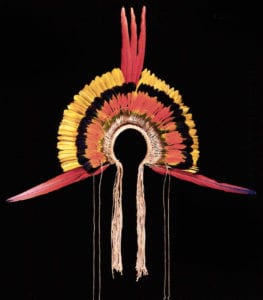 And so it remains the same today that fashion turns time and again to this attractive material. Renowned artists are also fascinated by the variety and the colors of feathers, drawing on them for their jewelry creations.

In ancient times, feathers were used as jewelry and a symbol of social prominence in Oriental countries, in Egypt and in Greek-Roman cultural circles. Since the middle ages, local and also exotic feathers have been used in Europe as celebratory headpieces for men and women; after this, at the end of the 17th century, women primarily used them as fashionable hat decorations, fans, boas, muffs and such like. 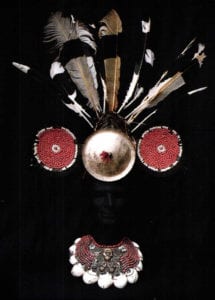 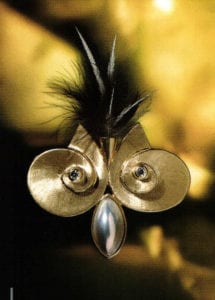 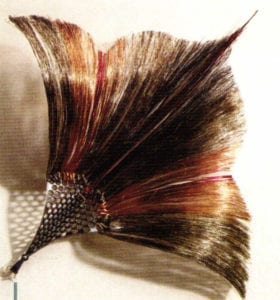 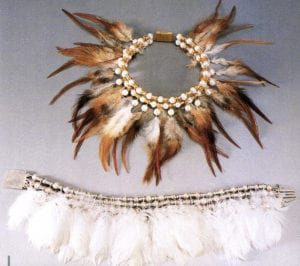 American Indians and peoples in Oceania used feathers as heads and body jewelry in their cults and hierarchical systems. In some cases they were used to make precious feather cloaks. To do this, they were stuck to skins or material or knotted in nets. In feather mosaics, the feathers overlap like roof tiles. The desired pattern was then cut out using a knife. The feathered snake, a mythical creature, represented as a rattlesnake with head and body covered in feathers of the quetzal, played a significant role among the Aztecs, Toltecs and Mayas, revered as a deity In South America, feathers had significance akin to gold in Europe Indeed, they were even used as currency on the Santa Cruz Archipelago in the South Seas.

Since the early sixties, the painter and sculptor Horst Antes has collected feather jewelry and objects fashioned by the Indian tribes of the Amazon. The nature and forms of the feather’s magnificent coloring made these items of considerable mythical importance into a unique aesthetic experience. Indian art offers probably the most exceptional examples of feather jewelry; indeed, there is no feather work anywhere else comparable with the richness found in the Amazonian and neighboring regions. Unlike the principal form of feathered head jewelry found among the prairie Indians of North America, feather jewelry in South America is astonishing in its variety. In addition to the head, they also adorn arms, ears, noses and useful objects in everyday life. Even today, feather work in the region is an integral element of an equally complex as it is elementary way of life. 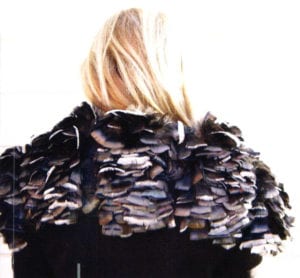 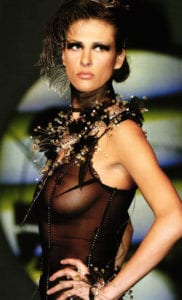 Jewelry by S&A Amber Jewellery with fashion by Michael Starost

In general, the feather jewelry is worn during rituals and dances, mostly in connect on with matching body painting. The scale ranges from depictions of the sun to imitations of blossoms. Artistically arranged feather work points toward the transcendental and can even provide concrete clues. For example, the nature of the feather work would indicate affiliation with a certain tribe; it also indicates the courage, the dignity and the social standing of any human being.

Among the Papua, a double-pointed wig with precious feathers from the bird of paradise emphasize affiliation with a tribe and social standing. They were formed into certain signs, spindles, bunches of feathers, tassels and sheaves. They were then attached according to certain rules to the center or the sides of the wigs. The breast feathers from the Nibatiri bird – or spirit of the river are distributed like bouquets around the wig. Two shovel-shaped, white feathers inserted deep into the center of the wig are taken as symbols of indomitable spirit, while the red feathers from the Paroti birds form a soft collar on the sides. Some native tribes use the white feather bushels from the Princess Stephanie bird of paradise. The dress of chest feathers from this very beautiful bird adorns the forehead. For the Papua, this is the most important part of any human being, as this is where they believe male potency and personality are located. 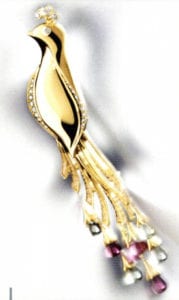 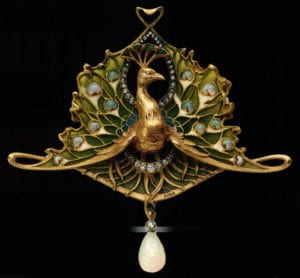 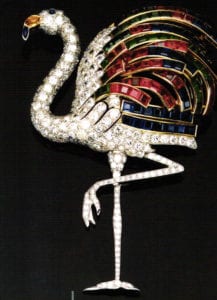 Flamingo made of diamonds, rubies, emeralds and sapphires. From the estate of the Duchess of Windsor 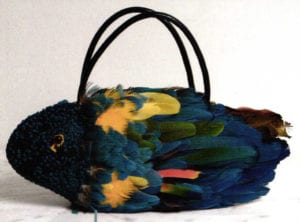 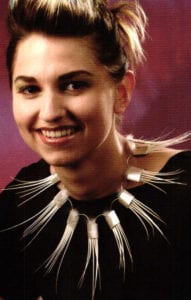 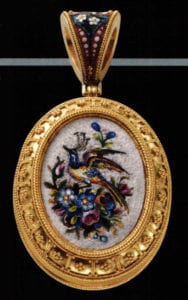 This world of eagles, falcons, doves and birds of paradise with its significant influence on symbolism has left traces, even among utopian-mobile societies that believe they have long since found their rules. The artist Beatrice Stähli believes that finding a feather is a joy that only very few objects can generate in such a direct manner. As a symbol of flying, feathers refer to the possibility of rising in the air, experiencing lightness and hovering. They unite perceptions of how space turns and curves in flight and all perspectives with regard to a fixed point of view are lost.

The feather is a symbol of negating all that is heavy, all impediments, a symbol of effortless ascent and controlled falling. The artist believes that human beings have always felt a sense of injustice that feathers are given to birds, but not to us. Replicating birds has always been one of the most constant goals. 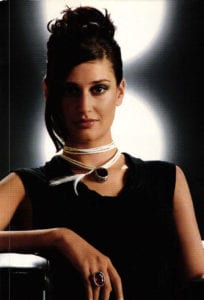 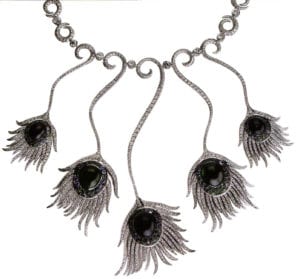 Necklace from the Peacock Collection by Carrera y Carrera 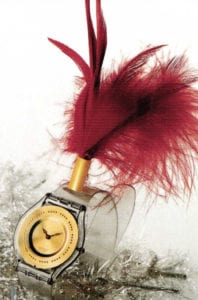 In view of the facts that feathers permit flying, provide protection against heat, cold and damp and also offer camouflage and are decorative, all in all a complex cosmos, they can be seen as artifacts of their own world with communicative-erotic signals. This is by no means far away from the perception among the Indians who worked feathers into some pendants. According to their beliefs, the feathers symbolize the element of air and therefore of spirit, wide open spaces and also freedom of will. In addition, feathers stand for contact with the fine material forces around us, which are in turn attracted and excited to deal with the hopes and wishes of the person wearing them.

Haute Couture has drawn on the topic. Evening dresses by John Galliano (Dior) or Ungaro are extremely delicate with a lot of lace. Omnipresent transparency, coupled with glittering jewelry or feather and mink trimming. Multi-ethnic references to all cultures in this world.

Goldsmiths have repeatedly been drawn to replicate the beauty of birds in their magnificently colored clothing using precious metal and gemstones. Examples from the age of Art Nouveau show that it was, and still is, a major topic. All this has culminated in the filigree peacock jewelry in the current collection by Carrera y Carrera.