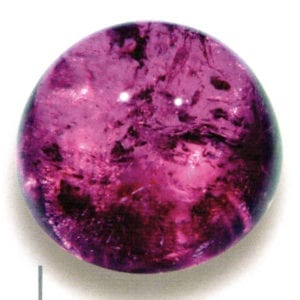 Faults or miracles? In general, gemstones are held to be more precious if they have as little “contamination” with other materials as possible. But everything that is mysterious and unique has its own special attraction. Gemstone cutters and jewelry designers are increasingly discovering the fascination of natural inclusions in jewelry stones. 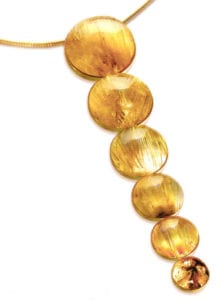 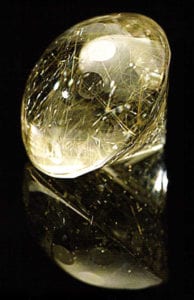 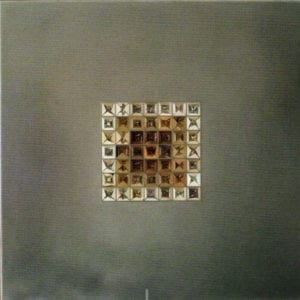 Gemstones have exuded an overwhelming attraction on human beings since the dawn of time. Their clear colors, their reflection of light, their scarcity, their permanence and their hardness make them desirable and valuable. Many believe that if a gemstone is pure, perfect and clear, it will be more valuable. Conversely, others are fascinated by the coincidental and enchanting traces of the natural materials caught up in the most different of stone, such as minerals, air or water. 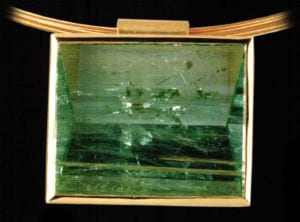 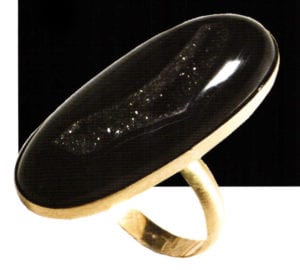 Lively instead of jet black: onyx ring by Déborah Ioschpe

Explosion in the stone

The effects that foreign materials have in stone are just as exciting as they are truly unique. Whereas tiny needles of rutile cause apparently unpredictable, golden yellow explosions in transparent mountain crystal, very thin discs of pyrite or angular galenite inclusions in quartz may even appear almost graphically arranged. Scientists and collectors have been studying the inclusions found in quartz since around the middle of the 19th century and have observed and evaluated their emergence. On the basis of the inclusions – regardless of whether they are fluid inclusions or solid – it is often possible to draw conclusions on the history of the crystal; for example statements on the pressure and temperature circumstances when they formed. Laymen are also increasingly falling for the fascination of unique “flaws”. After all, the gemstones speckled with hollow channels, water bubbles, slivers or pieces of stone and insects not only possess an extraordinarily impressive aesthetic appeal, the included foreign particles often enhance the effects of the host crystal and the entire stone as a whole. 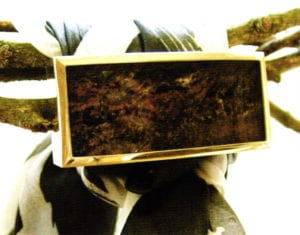 Natural amber – a resin and not a stone – almost always has natural inclusions. Pendant made of amber and silver by Peter Paul Schula

If one speaks of inclusions in jewelry stones, one immediately thinks first of insects captured in amber. However, amber is not a stone, but instead hardened resin, created when natural resin was secreted by conifers in prehistoric times. In some cases, as it solidified, small insects or pieces of wood and bark were captured in the honey-colored resin. These items with the solid inclusions are practically never used in jewelry due to the high prices that collectors are willing to pay for them. Conversely, amber that has turned milky and opaque due to tiny deposits is frequently used for jewelry. 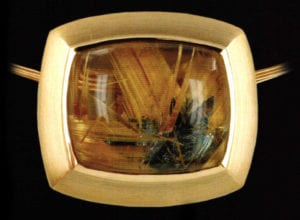 Unordered miracles of nature thanks to rutile inclusions: pendant by Jürgen Schneider 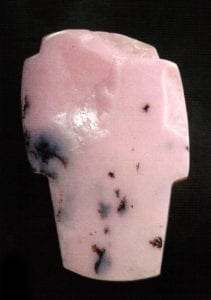 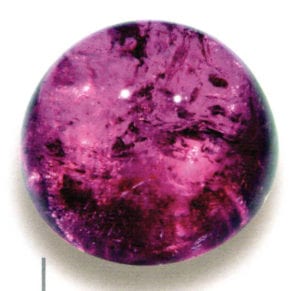 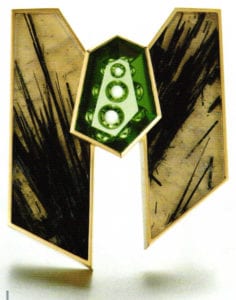 Combined brooch and necklace by Tom Munsteiner. Peridot in magic eye cut with the lateral part made of tourmaline quartz

Mountain crystal, amethyst or aquamarine with various inclusions, such as rutile or goetite needles and hematite and pyrite inclusions are increasingly winning over admirers in contemporary jewelry design. The Pforzheim-based master goldsmith Jürgen Schneider quite deliberately processes stones with inclusions and impurity in his “modern jewels”. Cut to simple, geometric forms and set simply, he emphasizes the special beauty of the unique stones “Among aquamarines in particular, I find stones with an ‘innerlife’ far more interesting than the perfectly pure crystal”, says Jürgen Schneider. The jewelry designer and master goldsmith from Bochum, Gudrun Meyer, also prefers to use interesting gemstones in her chains and rings, she sees them as very personal, natural works of art. The design of the jewelry around the stone is reserved and sparing in order to emphasize the effects of the gemstones. She has the gift of making the mountain crystal cabochons with the most varied of inclusions appear extremely vital and exciting. 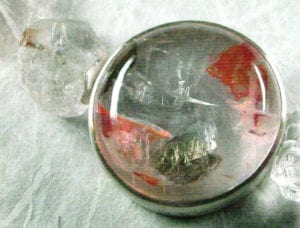 Chain made of chunks of rock crystal by Gudrun Meyer. The 33 mm rock crystal cabochon with pyrite inclusions serves as the central eye catcher and also as the clasp 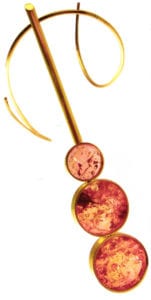 Three unique stone rings by Gudrun Meyer. From top to bottom: amethyst with goethite needles in baguette cut, rock crystal cabochon with red rutile needles and a round plate made of dendrite agate 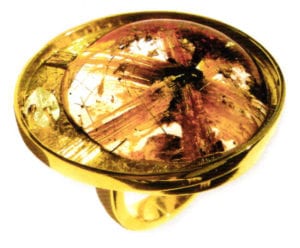 Rutile – common but yet unique

Rutile is one of the most frequent and still most interesting inclusion minerals, found throughout the world in host in the most varying of qualities, forms and colors. Rutile is present most frequently in quartz as fine, yellow, often chaotically arranged needles, which are also known as Venus hair. However, rutile can also have a red color or, in rare cases, can even be in the form of a mysterious looking, 6-pointed star. These coincidental and natural arrangements can appear so perfect that Jürgen Schneider, for example, was once asked by trade fair visitors whether he had installed the inclusions in the quartz by some technical means Cathrine Clarke from Brazil has also some of these spectacular stones with rutile needles as jewelry stones and used them to create the collection “Sun Dance”. She drew her inspiration for this from Brazil’s tropical light, which mirrors the manifold variety of the South American region “Sun Dance” consists of brooches, pendants, rings and earrings, in which Cathrine Clarke uses imperial topaz and rutile quartz, which “accentuate the innate characteristics of each gem, as in nature nothing repeats itself”, says the Brazilian. 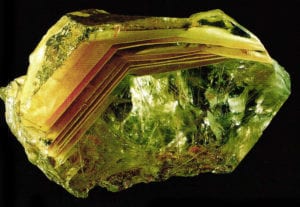 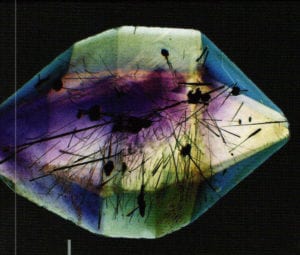 Goethite and/or hermatite in amethyst from Brazil 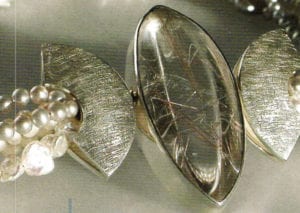 White in white: the fascinating rock crystal with inclusions serves as an ornamental clasp in the string of pearls. Design: Ulrike Weyrich 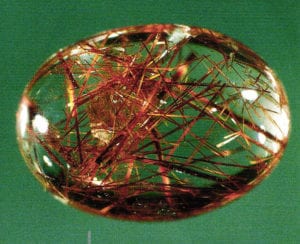 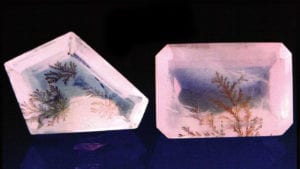 All articles by this author
Previous The Right Preparation for Visiting a Trade Fair
Next Germans and Japanese: Barring Punctuality
Social media