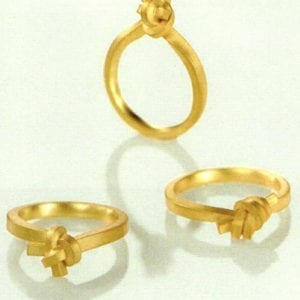 With his international exhibition concept, which supports and promotes dialogue between foreign jewelry artists and those from Germany, Udo Adam-Pasquale has given his relatively new gallery “Orfeo,” in Cologne, an unmistakable character in no time at all. 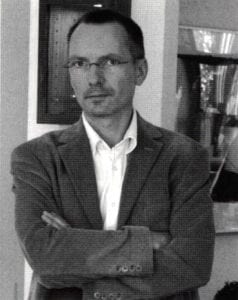 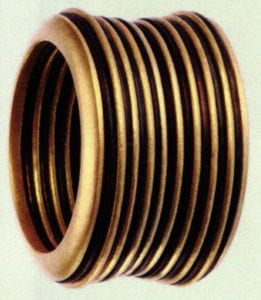 However much he might like to dedicate himself to goldsmithing and jewelry making, Udo Adam-Pasquale has decided against doing so, at least for the time being. Instead, he is currently investing all the time and energy he can in his jewelry gallery not far from the city center of Cologne, which he opened at the end of 2002 after several years of preparation. As early as in his first few exhibitions, which presented unique jewelry pieces and objects by the Kyrgyz artist Victor Syrnew, Adam-Pasquale, a goldsmith trained in ethnology and art history, indicated the direction his guiding principle would take. The focus is on intensive dialogue between East and West, which might seem to mean nothing more than that the selection at Galerie Orfeo is international. But the selection of Japanese, Greek, Bulgarian, British, and German designers and their works that the committed young gallery owner Adam-Pasquale makes is what makes a visit to the gallery into an experience with European and Asian flair. The exciting mixture of styles makes possible a peaceable tête-à-tête between jewelry of different cultural origins, such as the juxtaposition of brightly colored, luminous resin brooches by British designer Sarah Stafford with the fine golden “tube jewelry” by German/Japanese designer Erico Nagai. The rather more coarsely punched out felt rings by Kai Eppi Nölke, a member of the Pforzheim-based jewelry group JUNI, also combine successfully with and complement Greek designer Christa Soubli’s exquisitely made spiral rings set with large-format gemstones. 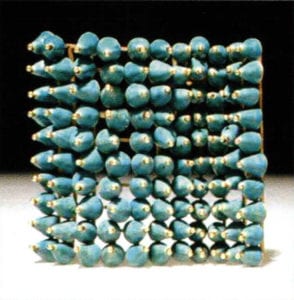 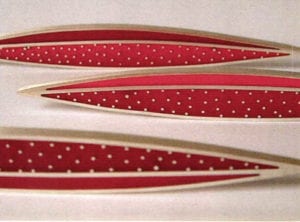 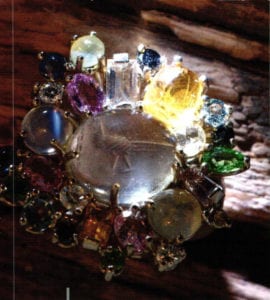 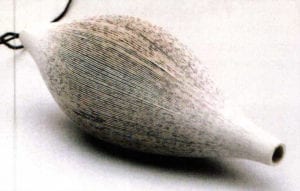 His personal affinity for Japanese jewelry design was the impetus for the jewelry show “Jewelry from Nippon,” which Adam-Pasquale, 44, showed early this year as another of his first few exhibitions. All four jewelry artists – Noriko Asano, Nagi Nakajima, Kazuko Nishibayashi, and Michihiro Sato – are united by their careful treatment of material and form. They transfer traditional techniques and religious views impressively into contemporary jewelry design. At the same time, the designers by no means use exclusively precious metals as their material. The Japanese jewelry artists make use of the most delicate wickerwork and of artistically processed paper in addition to the finest silver leaf and precious gold wire. Gallery owner Adam-Pasquale sees the value for which his exhibition concept stands as being of prime importance to artistic expression and to the sophisticated design of the jewelry pieces: the value of a jewelry piece should not be determined by its material worth alone, but also and above all by the excellence of its design, he says, and hopes many others will agree. The nice man with the broad smile is well aware, and even welcomes the fact, that this unconventional way of determining value has a long way to go before it finds acceptance, and that therefore a large measure of communication with his gallery’s clients and visitors is required. “I seek out dialogue with clients and am persuaded that my own very particular strength lies in that direction,” he explains, knowing that his competence and eloquence in explicating design play as large a role as the wearability and price of jewelry. It is not surprising that he is also open-minded about the small but fine series by jewelry designers such as Erich Zimmermann and Titus Carduck. 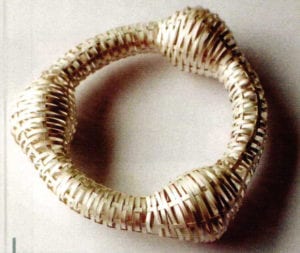 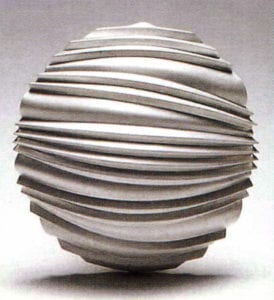 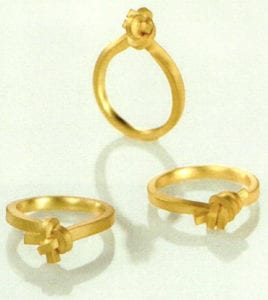 The constant search for interesting jewelry designers and artists has lately drawn Udo Adam-Pasquale’s eye increasingly toward the United Kingdom. His next exhibition, which will be open in the fall, is dedicated exclusively to British jewelry designers and carries the title “jewelry from the Island.” It did not take long to persuade Sarah Stafford, Jane Adam, Pamela Rawnsley, Angie Bothroyd, Ruth Tomlinson, and Gill Galloway-Whitehead, all of whom have already agreed to participate. A good idea, because with its internationally oriented guiding principle, Galerie Orfeo will soon attract more than lust regional attention. 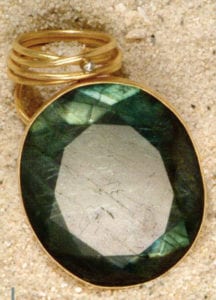 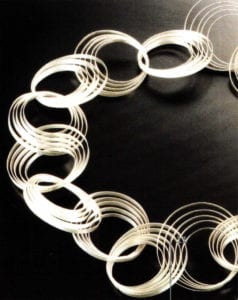