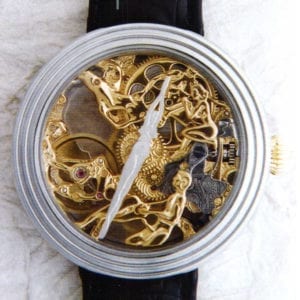 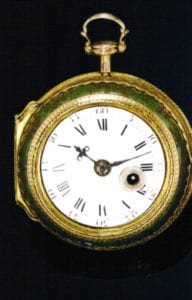 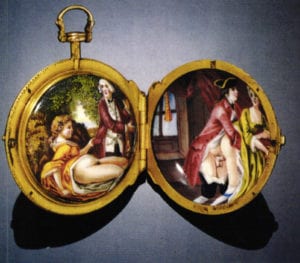 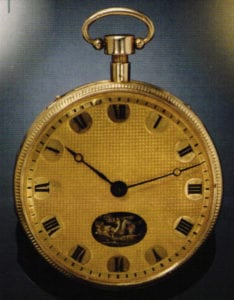 The charm of frivolity and the forbidden also played a part in this age where, unlike today, the internet, table dancing bars, sex cinemas and DVDs did not make all kinds of erotica, including pornography, readily accessible. The producers of these ‘scandalous timepieces’ had to be careful, even though the pieces proved to be a good source of business and exports. They often covered their tracks by giving out false details. The name Breguet was often used, for example, so as not to arouse the suspicion of the authorities. All attempts to prevent these obscene pieces being produced failed miserably. Interest in them was too high and the business potential too appealing. On their detour via England, the watches and their hidden secrets often found their way to China, India or other countries outside of Europe. The manufacturers were able to specifically incorporate their customers’ preferences. Blue-green were the preferred colors for India, avoiding the use of white, the color of mourning. Sapphire is thought to bring misfortune on the subcontinent and was therefore taboo. On the other hand, pearls, rubies and diamonds were very highly regarded. This is a sign of early attempts at a market-oriented global sales strategy. 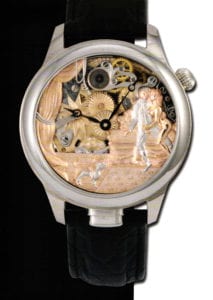 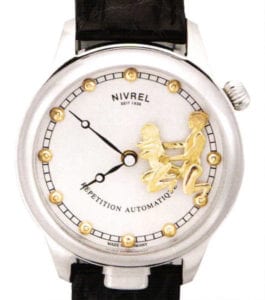 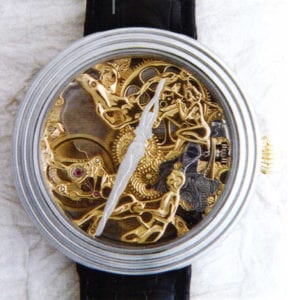 Whether the watch shows a couple in copulation, lovers or a woman on her own, the manufacturers certainly had a goal in mind when creating these pieces: to satisfy the desire to their customers, usually wealthy men. This meant creating the tangible sense of titillatoin which arises when observing such things in secrecy. Today, it is the high quality of the pieces which is of great interest to the buyers. Most of the watches had an albi function. As with many fantasies, the images were concealed and were not to be seen by everyone. The back of the watch often showed a charming and respectable image of a couple in fine enamel work; opening the cover revealed the same couple in a more explicit pose. Sometimes, a second spring over would reveal a hidden mechanism which would move the couple into action. 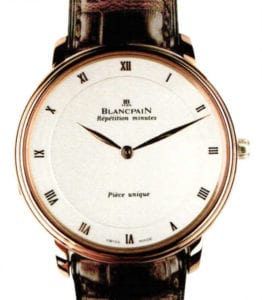 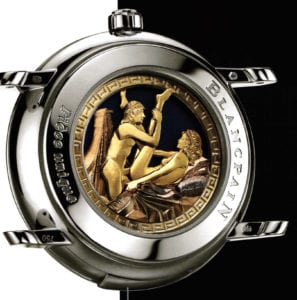 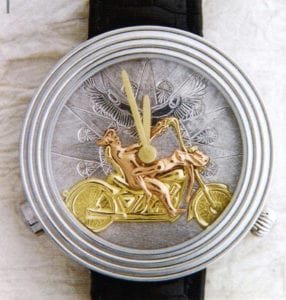