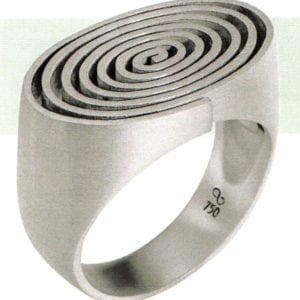 From autodidact to prize-winning designer: 30 years ago, the Brazilian national Antonio Bernardo founded his jewelry production firm in Rio de Janeiro. This year, he won two of the most coveted international design prizes for the first time, and the first time he tried. 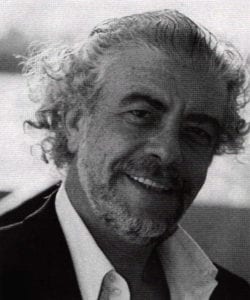 Antonio Bernardo loves the challenge that metal has form him as a jewelry designer: reluctantly and malleably at the same time, he teases emotional jewelry from its depths 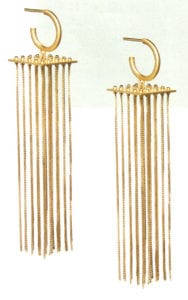 The earring “Nogushi” pays tribute to the recognized Japanese-American sculptor Isamu Noguchi and his work. Its structure and movement give a sense of liquid gold

The man likes to tell stories. Stories about himself when, as a young boy, he used to help out in the tool shop owned by his father, a man of German descent. Stories that he encounters in everyday life and that inspire him to transform them creatively. Antonio Bernardos warm, deep voice has an inherently pleasant calmness while he is speaking, and yet one still senses the immediate enthusiasm for what he does. He first came into contact with the goldsmith trade at the age of ten while he was sitting between the tools that his father sold to goldsmiths. He had even started making his own first drawings. When one of his father’s customers created one of his drawings – a ring with multiple parts – it appeared to young Antonio almost as if he had made it in life. “For the first time ever, something I had thought up and written down on paper became real”, reminisces Antonio Bernardo on a defining moment in his life. 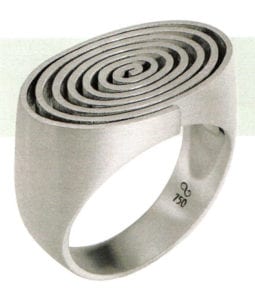 The ring “Expand”, which won this year’s if Design Award and the red dot Design Award is made of a single gold plate in a spiral shape 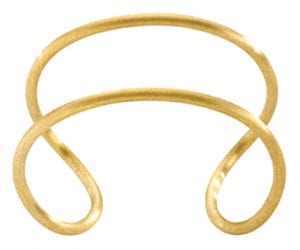 Sample forms that leave space for deep emotions. The 18 karat gold bracelet “Percusio”, which is made of a single wire, is a provocation of the senses as it plays with the spatial and visual notions of full and empty

Although he did design and draw his first items of jewelry himself, qualified goldsmiths were responsible for the production. He did not purchase special tools until the end of the nineteen seventies, thus becoming “author of my work”. Today he participates in the creation and development of each jewel, regardless of the fact that his company now has a workforce of over 200 people. However, the man with the sensitive feel for forms never completed an education as goldsmith. And although his jewelry is extremely coveted, both by “normal” jewelry enthusiasts and also by the props departments for international films (for example, the actresses in Sex and the City wear his jewelry in the popular TV series) Antonio Bernardo is a long way from following trends. Instead, his ideas are derived from the nature of the metal, which he lends light and sensual forms. Even without the use of large, expensive stones, his creations possess a high value. Instead, the emotions that the playful earrings or the rings with surprising effects trigger in the person wearing them make the Brazilian s jewelry so valuable. 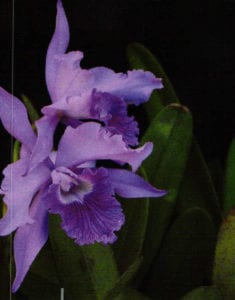 Since 1997, expressing an old passion for orchids, Antonio Bernardo has been sponsoring the Orchid House of the Rio de Janeiro Botanical Garden and has recovered one of the most significant and historical orchid collection in Brazil 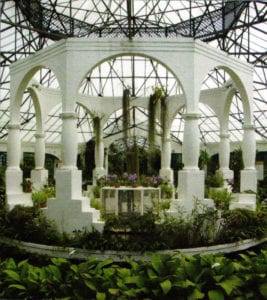 As he likes to say himself, his jewelry tells stories that the people who wear it – men and women alike – understand and enjoy hearing. Life and its manifold events are expressed in rings, bracelets, chains and earrings, of which Antonio Bernardo has designed around 3,000 over the last 20 years. Each one of them has a resounding name, which provides clues to the form or the story behind its design. For example, the ring “Expand”, which is made of one single golden plate is part of a spiral that, growing from the inside out, results in a ring similar to a whirl in expansion. There was general agreement at this year’s awards ceremonies for the renowned, international design prizes, the if Design Award and the red dot Design Award: the jury, to which Bernardo submitted his work for appraisal for the very first time this year confirmed unanimously the excellent design quality of “Expand”. In their reasoning, the jury stated that “Expand” translates the emotion of an expanding universe. This is the way that Bernardo would like to see his jewelry understood: “Jewelry has to have a concept behind it. One sees the piece with a physical and emotional understanding. To me, jewelry has to touch people’s hearts.” With regard to the expansion of his company beyond the borders of Brazil, Antonio Bernardo is equally realistic and poetic. His jewelry has long since become established in Europe and the United States, but his motto remains the same: “I like to say that I’m growing organically. If there is a root, the tree can have more branches, more flowers.” In his South American home, he has eight shops in Rio de Janeiro, Sao Paulo and Brasilia, and he is seen as the leading designer brand in Brazil. At the end of 2000, he opened his flagship store in Ipanema; it is not intended to be simply a place to sell jewelry, it should also be a meeting place for people who are interested in jewelry and who want to network, tell stories and hear stories being told. 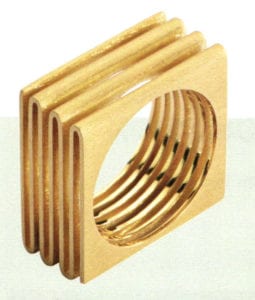 Everything is a question of perspective. The ring “Sinuoso” alters its appearance, depending on what way round it is worn on the finger 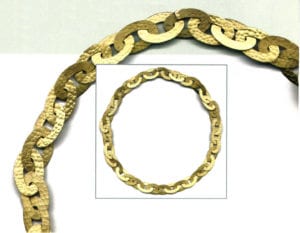 The forged golden “Mediterranean necklace” has already had a spectacular appearance: Around the neck of one of the actresses in the cult American series “Sex and the City”