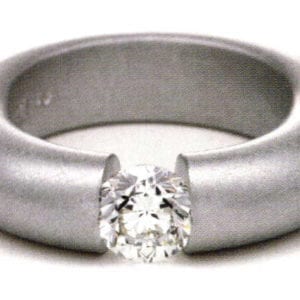 Design Briefing as an Added Value

Design as an effective “added value” enables large companies in the jewelry industry to opt out of the increasing price battle. Tailor-made collections, developed in cooperation with designers, win over new customers and induce loyalty in existing customers. This requires clear agreements in the design briefing. 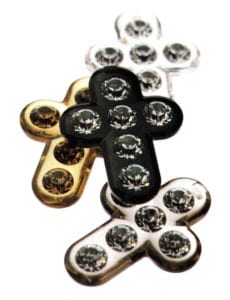 In times of increased price competition and global producers, cooperation with designers is also an important factor for large jewelry companies in order to develop new collections in a rapid and targeted manner. Increasing numbers of companies are attempting to sharpen their profiles by drawing on the services of (freelance) designers. Unfortunately, very few of the jewelry designers have an education that equips them for this kind of service. Simple rules and a check program for constructive cooperation facilitate the work and increase the probability that both sides will experience success. 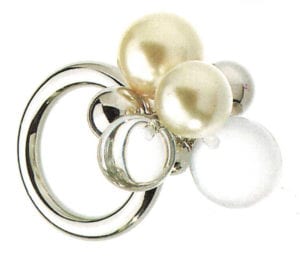 Many aspects of what would be self-evident for advertising agencies and product designers in their daily dealings with customers are still uncharted terrain for jewelry designers and indeed the entire industry. Both partners find it difficult to establish systematic and constructive cooperation. Indeed, the number of items that need to be clarified during a briefing is very large and much of the data is also confidential. It is therefore of immense importance for both sides to ensure that there is a solid contractual basis for trusting cooperation. So-called “one hit wonders” are more a product of coincidence. Instead, jewelry companies should be intent on defining a clear corporate profile in the form of precise design statements. A company can position itself on the basis of unique characteristics, thus facilitating the establishment of a recognizable brand. 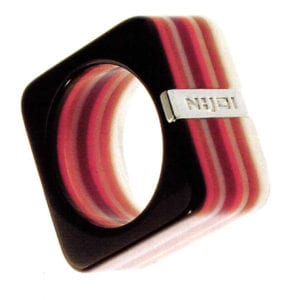 For the jewelry firm and the designer alike, the meeting for an initial design briefing serves as a basis for the cooperation. This is where the clear goals are discussed, along with how and where the company wishes to establish a market profile and where the company’s strengths and weaknesses lie. This results in the logical definition of the requirements placed in the designer with regard to the development. Regrettably, unclear statements such as “We need a new collection. Show us your sketches” are frequently the only basis of a job order. It is more sensible to demand a clarifying discussion in order to establish the objective requirements that can then be tackled in a targeted manner. This briefing meeting will indicate where there are still loopholes that the company needs to clarify. After all, the aim of the newly launched cooperation is to integrate a new collection in the overall presentation and the public profile of the company. 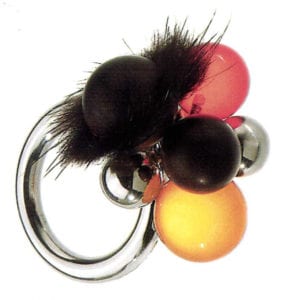 Designers can use this personal meeting in order to receive concrete and accurate information for a strategy. Accordingly, the risk of missing the client’s profile due to one’s own view of trends and design concepts is significantly lower. A briefing provides discipline to remain on message with what the company envisages and therefore cuts possible misunderstandings between the company and the designer. 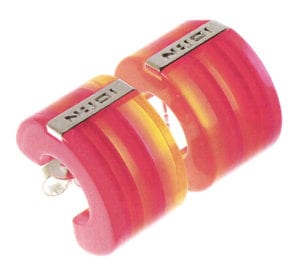 In general, it is helpful for both sides to draft written minutes of the briefing after the meeting and to hand them over. This is constructive for both sides, as matters that require clarification are defined in writing and therefore offer a reference source for the course of the project. The briefing should not be lengthy and should be to the point. A good briefing is characterized by the logical connection of the individual aspects. 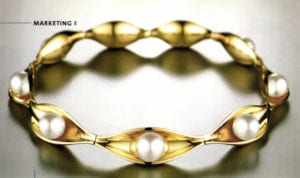 It takes a clever strategy to establish a new company in a shrinking market. The relatively young company N:Joi from Wiesbaden, Germany, has firmly integrated the topic of design and the cooperation with designers in the process of its development. The basic idea is based on creating the value of fashionable jewelry in the form of unusual or witty creations instead of through the use of precious materials such as gold or diamonds. 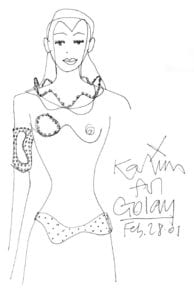 Carsten Stammer, Managing Director at N:Joi, earned his spurs at Swatch and has already focused intensely on questions relating to the interface between designers, sales and production. The methods he has selected are simple but effective. He demands cooperation and regular meetings between all protagonists. This enables him to keep his core team of 4 full-time employees small – all sales staff and the roughly 10 designers are freelancers – and draw on synergy effects. During these brainstorming meetings, the experience among the sales experts concerning customer profiles is integrated as a design parameter. The designers create different styles for the same topic in order to cater to the different target groups and markets. This means that the main focuses for the different markets (among others Germany, USA, Netherlands, Austria, Japan) can be differentiated. The jewelry is manufactured exclusively for the company and is protected by copyright. The designers themselves look after most of the production. This unrestricted “Made in Germany” makes sure that the intensity from the concept to the implementation remains high and visible in the price span from 20 to 200 €. A pleasing side effect: the vividly colorful work also helps attract young, new customers into the jewelry stores. New collections are released twice a year, including the name of the designer. Mutual strengthening of competence creates trust within the industry. The company injects fresh impulses, ranging from romantic and playful through to reserved and constructive. And the designers have their work cut out for them all year long. 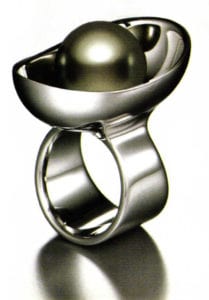 Golay from Lausanne prove that trendy design is not just a topic for plastic jewelry Golay, traditional Swiss firm and one of the leading international pearl dealers, has focused on everything to do with pearls for almost 120 years. Two years ago, the main targets of the general strategy were redefined: A contemporary jewelry collection was planned in order to inject new profile while still embodying the values for which Golay has traditionally stood and what its customers expect. The new collection, released under the name Louis Golay, restricts the possibilities of randomness. The spectacular presentation sharpens the profile. Yves Thoman, one of the coordinators within the company, is “convinced that in future, design will represent a significant value factor. After all, we are living in an age in which good design will prevail. Modern customers are very well informed and are already more courageous than the specialist retailers.” 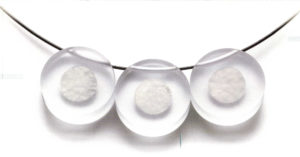 He describes the multi-stage procedure in the development of the Louis Golay collection from the initial idea to the presentation as follows: 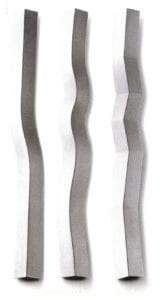 “Mood boards” were drafted in cooperation with an external agency over a period of 6 months. Photographic impressions from architecture, fashion, product design presented a compressed mood in the form of a collage. A line that suited the company began to take shape: “minimalist baroque” – the pearl in the center with the characteristic light reflexes, combined with natural appeal, geometry and baroque style. 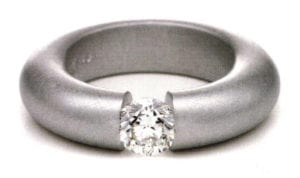 The Niessing-Spannring” – A classic celebrates its 25th anniversary

A global search identified 5 designers who had already completed this kind of line in their range of services. Discussions with the candidates revealed that only one product designer was capable to respond to the requirements in a targeted manner and to interpret the zeitgeist at the same time. Finally, the Egypt-born and New Yorker of choice, Karim Rashid, was recruited. He offers full design services ranging from packaging to interior shop design for his international customers (at the moment, the Pinakothek der Moderne in Munich is exhibiting his work show ” Karim Rashid – I want to change the world”)

During a personal meeting in Lausanne, Karim Rashid sought additional information on the concept and on the background and needs of the company; he then made preliminary freehand sketches.

On the basis of these preliminary sketches, the entire team defined a balance between design, market and technology and coordinated the individual directions.

The selection then led to actual product drafts by Karim Rashid using CAD. The individual prototypes, created using the rapid prototyping method, were reworked in detail work in the House of Golay until all the pieces were ready for series production. The jewelry within the Louis Golay collection cost between 1,200 € for a gold ring and 35,000 € for a collier, whereby the more expensive items were received with greater warmth. This is proof of the fact that expensive jewelry does not necessarily have to be classical in style.

Both partners – the designer and the company – are so enthusiastic about the development process and the result that they are already working on a second collection. The advantage of continual cooperation is that they can start with the preliminary draft phase and that the development of a new collection will therefore be much quicker.

The traditional company Gebrüder Niessing can most certainly be seen as a pioneer in the field of design as a competitive factor within the world of jewelry. The following design philosophy has been in force since 1970: every Niessing model is based on a fundamental principle. What appears complex in fact has a simple core: the nature of a form, a material or a technique. Jewelry design by Niessing is comprehensible and sees itself as an expression of contemporary design combined with high material and production quality. Precise technology enriches the careful crafts skills. But how does this work in detail?

A mix of internal and external sources

At Niessing, the design department is on a management level. Timo Küchler, who now works externally, is Head Designer. His tasks include the planning of strategies for product developments and the Niessing brand, control of the visual and content characterization of the jewelry and also the concept design for the Niessing shops.

Susanne Winckler, a full-time employee, is responsible for detail work on the collections and for communicating the design contents. Through working with an internal designer, Niessing believes it can guarantee a high level of continuity and the careful development of the design language. She maintains and expands existing lines and looks after sketches sent in by other external designers. Her tasks also include bringing sketches up to series maturity. Regular meetings are held between the design department, the management, marketing and production in order to ensure that the division of labor runs smoothly. This kind of intense handling of a design idea is – from Niessing’s point of view – most likely to be possible if external impulses are integrated with as little friction losses as possible and if internal designers are bound to the company for as long as possible.

The described companies have found different ways of integrating the creative potential among their designers in the development of new collections and the corporate appearance by means of precise briefings. They all have in common a commercial success on the basis of the professional standards demanded of their designer competency and the seriousness with which contemporary design is communicated to the customers.