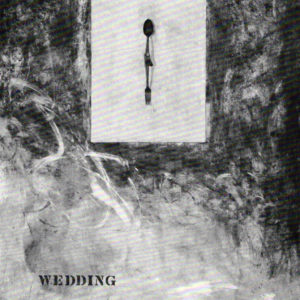 Dan Feldman uses the utensil as both object and idea. Consequently, his work reveals both personal history and associations with the utensil as a useful object. An apprenticeship with Towle Silversmiths instigated Feldman’s fascination with the knife, fork and spoon as symbols in an intricate text. Here, Beverly Penn investigates Feldman’s exploration of these symbols as present-day allegories.

Steeped in historical and cultural tradition, the utensil is, for Dan Feldman, symbolic of human need, nurturing and sustenance, healing and alchemy, labor and struggle, exploitation and many other, more subtle expressions. Fundamental to each of Feldman’s pieces is the potential of the utensil (as an implement) to shape or somehow control human existence. 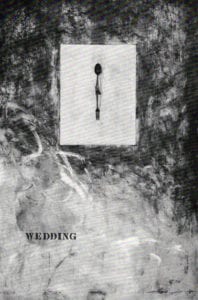 The strength of Dan Feldman’s work is its allegorical character. In the strictest literary sense, allegory employs narrative as a structural vehicle. Within the visual arts, however, allegorical meaning is deciphered by reading one text through another, however fragmentary, intermittent or chaotic their relationship may be. Feldman’s sculptures and drawings are active on many levels simultaneously: his work has meaning linguistically, stylistically and even psychoanalytically. It is not evaluative or conclusive but enigmatic and changing.

“My dialogue with ideas relating to the utensil began in 1984 while working as a designer for Towle Silversmiths in Massachusetts. Initially, my concerns were limited to the parameters of function and the esthetics of form. Gradually, I began to introduce a narrative element into the work as a means of touching on the nature of utility and what that means in the context of human existence. Tools, utensils and implements are singular in their identity as human attributes. That is, we are completely dependent on them for survival. As such, they tie us to the past, our primitive origins and perhaps to the future as well. The utensil, as an extension of the body, forms a direct link between the intellect, the psyche and the external world. It is a primary communicative device. From an archaeological perspective, this notion of communication extends beyond the mere function of the implement to a point where it defines culture. Whether one looks at a ritual object or one of daily use, the form and embellishment are richly imbued with the history and world view of its people.”

In Wedding, the two utensils are a bound pair, their handle-to-handle connection marked by a tight, stained wrapping. They are, in a sense bandaged together. Just barely visible above and below this tourniquet is the flatware pattern of each piece which essentially brands them as members of unlike sets. In his sensitive wrapping, Feldman partially conceals this pattern that marks their individuality. It is an eloquent reference to the compromise that unity often requires.

Feldman constructs his Wedding allegory from codes that are deeply rooted in Western culture. One can move through Feldman’s work as if reading poetry, looking to nouns and verbs as signposts of meaning. The verbs to fork” and “to spoon” contrast male and female sensibilities. Discerning the fork as a piercing implement and the spoon as a collecting one furthers this comparison, as does the notion of prodding versus coddling. In Wedding, the bound fork and spoon are stuck vertically against an oversized rectangular steel panel (4 feet by 8 feet) that is painted and patinated. The pair are centered within a smaller, more confining rectangle of a lighter value that floats on the larger painted surface.

Wedding very successfully capitalizes on a reciprocal relationship between the visual and verbal. The word “wedding” floats on the surface of the piece like an invented shape that is but one part of the sensitive balance of ling shape and color. In contrast, the utensils become almost hieroglyphic codes, coyly and mysteriously waiting to be deciphered. Each aspect, however, also retains is integrity and meaning as a word or as an object. Choosing which text to read is the joy of discovering this profoundly beautiful and intelligent piece.

Feldman-moves his objects away from their everydayness and specificity through his use of allegory. His role as artist is as the interpreter of images already saturated with meaning as he weaves yet another text of information through the existing one. As a result, the pieces are both satisfyingly grounded in the essential while they soar sublimely in our imagination with the magic and pathos of fantasy.

Dan Feldman’s work was most recently exhibited at Donskoj & Co., Kingston, NY in November and December, 1988.

Beverly Penn is an M.F.A. candidate in the Metals Department at SUNY, New Paltz.

All articles by this author
Previous A Conversation with Michael Rowe
Next Metalsmith ’89 Summer: Exhibition Reviews
Social media