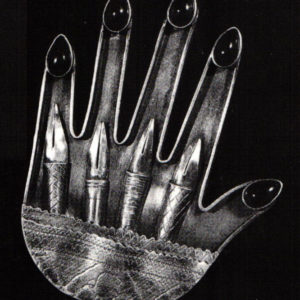 Not until the last century did the malicious and false concept arise that artists—painters, sculptors, printmakers—were anti-intellectuals. During the Renaissance Age artists who write poetry, composed treatises on esthetic problems or manuals on technique, who discoursed with sophisticated scholars and traveled widely, was not uncommon. A man of the Baroque Age like Rubens spoke several languages and was assigned delicate diplomatic missions by his government. Cambridge University conferred upon him the honorary degree of master of arts.

The mass alienation of the creative man from society began with the diminishing power of church and aristocracy, the traditional sponsors of the arts. Worst hit were the artists: a poet could keep from starving by the occasional sale of an essay to the press; the painter could only peddle his canvases from place to place. A man like Pissarro had no time for reading; all the time that he could spare from actual work had to be used for visits to marchands d’art, and to any potential patron, for he had a wife and seven children to support. Up to the French Revolution artists were often the lions of salon society and indistinguishable in dress from the aristocracy.

In the 19th century, the serious artist was, as a rule, an outsider, confined to the poorer sections of the cities and barred by his straightened circumstances from visits to the theater, to opera and concert hall. Exceptions to this rule were a few with substantial financial resources, such as Delacroix and Degas. The painters and sculptors who received medals and prizes were prosperous. But they were not the men whose works are still to be seen in the museums, whose names are the stars of the history of art. The successful were the skillful but most conservative professors of the Ecoles des Beaux-Arts, or the fashionable portrait painters catering to the nouveau-riche. The truly good painter had no public. To the bourgeois he was a ridiculous figure. Even Zola who, in his youth, had gone out of his way to defend the Impressionists, in his novel, L’Oeuvre, created the stereotype of the half-crazy artists whose road, inevitably, leads to suicide.

The concept of the artist as an impulsive dolt who commits the most terrible blunders whenever he dares to step out of his narrow domain, has survived into our own time, even though the 20th century is unbelievably rich in painters and sculptors whose intellectualism is beyond question. It is astonishing how many excellent literary contributions to the understanding of art have come from the pens of modern artists. Chagall, Kokoshchka, Klee, Picasso and many others have published stories, poems and plays. Yet, the public remembers only the anti-intellectual rantings of certain groups, such as Jackson Pollock, his friends and followers who used to gather in New York’s Cedar Bar. Pollock paid no attention to the written word, and what he said was often incoherent. His violent gestures and tragic end—he crashed his car into a tree—are what is remembered about him.

Another who has done much to reinforce the notion that the artist is a man who cannot be taken too seriously is Dali. He self-consciously created his own legend of madness, perhaps because it would ensure his extraordinary role in society even if, one day, his artistic faculties should decline (and decline they did in the last two decades!). The alcoholic Pollock at least seems to have been sincere. But what about the sincerity of a Dali? It is related that during a large dinner party he convincingly played the madman—until the moment the waiter brought him the check. Suddenly, sobered, he scrutinized each item with the earnestness of a book-keeper. . . . 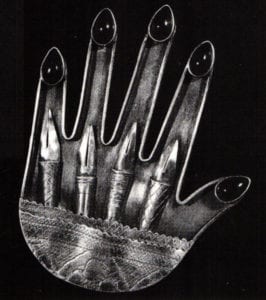 Much damage has been done by several artists who—not unlike Dali—have demonstrated their rejection of an over-intellectualized approach to art by deliberately making pronunciamentos they knew to be absurd. All this, plus a score of sensational novels and Hollywood movies about artists, created for the general public—which rarely meets artists in the flesh—the image of the artist as an unkempt oaf who becomes ridiculous as soon as he speaks. Has this image any foundation in reality?

“Great artists have always been intellectually quick,” Edgar Wind recently asserted in Art and Anarchy, and he added: “l have never met a significant painter or sculptor, who did not speak and think exceedingly well.” Professor Wind then quoted the famous dealer Ambroise Vollard, who for a new kind of literary prize had appointed a jury consisting only of painters:

“I must admit.” Vollard writes. “I was not without a certain anxiety as to the choice that so unusual a jury would make. To everyone’s surprise, these artists of such diverse tendencies showed the most discriminating, and at the same time, the boldest taste: their almost unanimous choice fell upon Paul Valery, who had not as yet been elected to the Academia Francaise.”

Can, then, the “romantic” idea of the solitary man in a wretched studio, dreamily applying pigment to canvas, oblivious to events in the outside world, still be entertained by serious minds? Do psychological tests support the validity of this concept? No, says Professor Geraldine Pelles: “Since the 1930s, no differentiation of the artist as a distinct personality type has been found in evidence offered by psychological tests, which show the artists are not temperamentally unlike other persons and that they differ among themselves more than they differ from unselected groups of people. So poorly defined is the hypothetical figure of the artist that judges in one series of experiments were unable to make good predictions, from Rorschach protocols, as to whether or not the subject was an artist.” (An, Artists, and Society.)

It was the 19th century that witnessed the phenomena of hundreds of artists who avenged themselves on an unappreciative society by defying society’s code and by living in hedonistic, self-destructive ways as if ruination was the ultimate goal of their lives. Basically, they were anti-social nihilists, bored with life, defiantly living on the fringes of society. But the same century also produced men who defied society and its limitations by creating great art far in advance of their time. Among the painters, Eugene Delacroix, Paul Gauguin and Vincent Van Gogh might be mentioned. That they were outsiders—specially the last two—is not important. Their eminence is due to the fact that, in the dual capacity of painter and writer, they were able to expand vastly the frontiers of our esthetic cosmos, to conquer areas far beyond the ken of preceding generations. . . .

Delacroix, Gaugin, Van Gogh: their writings dispel the false notion that “artists say the silliest things.” Unfortunately, students of the history of art are not often required to devote as much time to the perusal of letter as to the examination of paintings, sculptures and prints. Many a college student who has obtained a fair idea of what Rubens’ paintings are like has never sampled his letters (though the painter’s correspondents included the leading scholars, collectors and artists of the time). Sir Joshua Reynolds’ portraits are more widely known than the Discourses he delivered at the Royal Academy, let along charming letters he addressed to Lady Ossory. Pablo Picasso’s conversations, with Christian Zervos or Henry Moore’s articles on sculpture are not often enough used by writers on contemporary art, though their value as bridges to the creative ego is unmeasurable. It is true that some of the world’s greatest artists—Giotto. Giogione, El Greco and Rembrandt come quickly to mind—have either failed to leave to posterity a single letter or, at most, nothing more than some trivialities that neither illuminate their personalities nor shed additional light on their work. It is equally true that an artist at times turns out to be a very weak commentator on his own work, a very awkward and inadequate expounder of his views. But the majority of artists are perfect guides through those bewildering landscapes they have created. They ought to be listened to—with avid attention!

This essay was originally published in Art Journal (Summer 65. XXIV/4 pp 342-347) and is reprinted here with permission from Art Journal published by the College Art Association of America.

All articles by this author
Previous Funk Art Jewelry
Next Fads and Fallacies: Surrealism in Jewelry
Social media