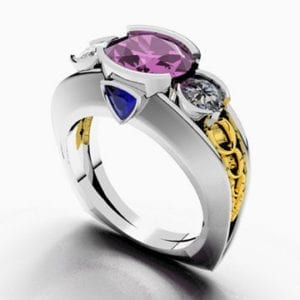 Of late, an increasing number of white precious metal alloys have been introduced into the jewelry marketplace in answer to industry cries for a true white counterpart to the ever popular yellow gold. The search has been on for a workable white alloy that stays white, is hypoallergenic and priced more agreeably than the often prohibitive platinum.

Alloys emerging include mixtures of 50/50 platinum and palladium, ‘585 platinum’ with cobalt and copper and several alloy combinations in between. Surveys indicate consumers appreciate the purity of 900 to 950 platinum, and would prefer the purity of a 950 palladium alloy if considering an alternative. 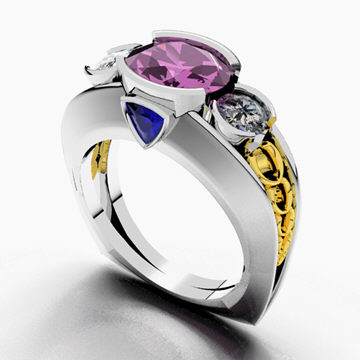 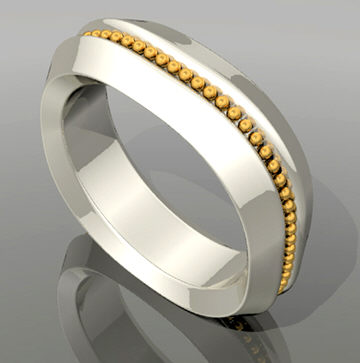 In response to the rise in popularity of 950 palladium as a viable white jewelry metal for designer/manufacturers and the influx of palladium pieces finding their way to our stores from abroad, we will focus on the working properties of today’s 950 palladium alloys. This series will feature palladium jewelry manufacturing content as related to:

Technical information on 950 palladium as well as reports and customer response from retailer’s featuring palladium jewelry and designer/manufacturers working in the medium will be included.

Palladium, a platinum group metal was first used for jewelry when platinum was declared a strategic metal and reserved for military use in 1939. Developing palladium alloys for jewelry typically contain 95 percent palladium and about 5 percent ruthenium and have trace amounts of other metals that are proprietary to their developers. These new 950 palladium alloys are: 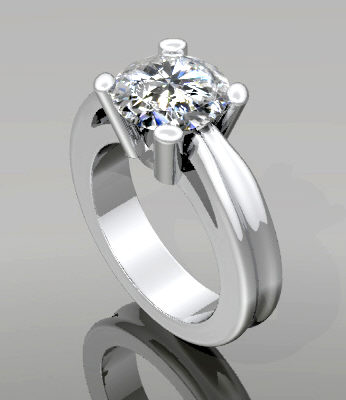 The specific gravity of 950 palladium is close to that of 14-karat white gold and nearly half the weight by volume of platinum. At the time of this writing, the daily market price of platinum was $892.00, gold was $440.00 while palladium was listed at $182.00 per ounce. The lightness of the 950 palladium alloys and pricing considerations, make them prime candidates for use in the creation of a broad spectrum of fashionably affordable as well as classically influenced jewelry designs.

Some retailers have replaced white gold bridal inventories with 950 palladium bridal inventories. Most notable among the many benefits is the parity in price range with white gold, but superior appearance in that it is permanently white. It will never yellow over time, and therefore will not require the “renewed whitening” via rhodium plating, as with most white gold alloys.

This new series will highlight jewelry projects made with 950 palladium and demonstrated by a range of jewelry design and manufacturing experts.