If you are experiencing rough surfaces, discolored metal or no-fills, the problem may be in the burnout. When casting, the burnout cycle is an important step that is often treated with indifference. The burnout is not just a means to remove wax from the investment; it also cures the investment in preparation for the thermal shock of the metal entering the pattern cavity.

The burnout cycle is determined by the size and number of flasks in the oven. For example, four 2 1/2 inch flasks need less time than two 6 x 4 flasks.

The flasks should be moist, but not wet, when placed in the oven. A wet flask will explode. The moisture in the flask turns to steam during the burnout and helps to push the wax away from the walls of the pattern cavity. If the flask is dry when it is burned out, the investment will act like a sponge and absorb the wax leaving a rough surface texture.

The first step of the burnout should not exceed 300 degrees Fahrenheit and should be held at that temperature for at least 30 minutes.

The next step is determined by the type of wax in the flask. If there are patterns carved from hard carving wax, there should be a stop at400 degrees F. to allow the hard wax to flow out. If the temperature rise is too rapid it will cause the wax to boil inside of the pattern cavity and destroy the surface.

The 1350 F temperature must be reached gradually. A controller can be programmed to raise the temperature 300 degrees at a time, but if the oven is operated manually then there will have to be stops made at 700, 900 and 1200 degrees.

The 1350-degree temperature should be held until the investment is chalky white. Dark gray coming out of the sprue opening indicates an improper burnout. If your flask is gray, place it back in the oven and take it back to 1350 degrees. Please note: At this point the flask can go straight to 1350 F because it has already been through a burnout and is partially cured. Hold it at 1350 F until the gray is gone. It will not be chalky white because it cooled down before curing; instead the surface will be a light brown.

BENCH Magazine is devoted to the Bench Jeweler in retail jewelry stores and small trade shops.
____________________________
Shannon Calloway, a JA Certified Master Bench Jeweler, was raised in LaGrande Oregon, and attended Paris Jr. College when she was nineteen. She worked as a custom jeweler in Lubbock Texas for several years before she and her husband moved back to East Texas to join the family business. Shannon has been teaching at the Texas Institute of Jewelry Technology, a division of Paris Jr. College, for 13 years. During her career in teaching she has had the opportunity to work on a copy of the Vince Lombardi trophy for one of the Dallas Cowboys, she designed a pin to represent “Dippy”, a diplodocus Carnegii dinosaur, for the Carnegie Museum in Pittsburgh, and she has taught seminars at trade shows and workshops in several states.
Category:
About the author 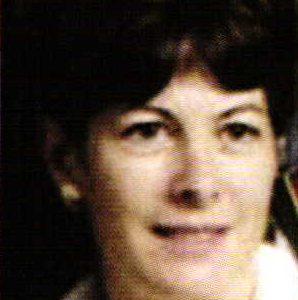