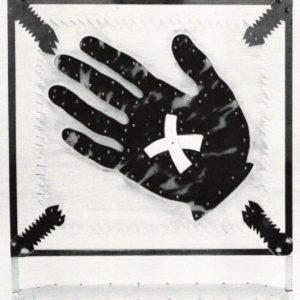 The Washington Guild of Goldsmiths

It all began in 1978. Gretchen Klunder-Raber issued an open invitation to all persons interested in metalsmithing in the Washington, D.C. metropolitan area to meet to discuss the possible formation of a guild. Raber was keenly aware of the frustration created by the independence and isolation of individual artists in the area through her association with a small group of metalsmiths brought together by the Creative Crafts Council shows.

The group had held informal meetings over a number of years which were pleasant and supportive, but Raber realized that without an organization they had no control over how their work was presented. Raber envisioned a society that would stimulate artistic growth and a climate of mutual support among members with a common interest. So, with courage and enthusiasm she drew up the letter with which the Washington Guild of Goldsmiths (WGG) was founded. 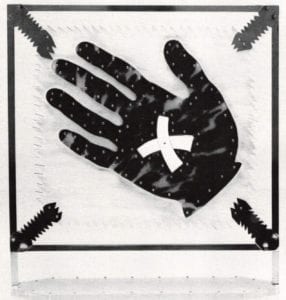 Rapid and significant growth has characterized the WGG since then. Founding membership totaled 22; now the guild boasts over 125 members from the metropolitan area and many of the mid-Atlantic states. Through the active participation, creative programming and steadfast commitment of the metalsmithing community, WGG has gained a reputation as one of only a few self-sustaining working guilds in the United States. 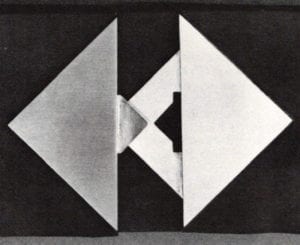 Membership requires only an interest in metalsmithing; the guild includes full-time professionals, part-time students, dealers and private patrons; their careers span chemistry and education, law and arts administration. Because of this open policy, opportunities to exchange ideas and technical expertise are abundant. This diversity and range of experience that collectively form WGG provide members with a means of informal critique, introduction of new ideas and methods and interaction with interesting talented people.

One of the most successful facets of the guild’s programs continues to be its sponsorship of lectures and workshops by professionals both in and out of the field. In addition to technical workshops by artists of national and international repute, attention has been focused on legal issues for artists, marketing and promotion of work, gem identification, jewelry rendering, photographing artwork, stone setting and health concerns, among others. 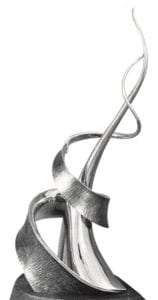 In the Washington area, metalsmithing workshops were initiated by Carolyn Hecker, who, under the auspices of the American Craft Council, had invited Kurt Matzdorf to speak in 1976. She continued this practice upon establishing Greenwood Gallery in 1977. Hecker was responsible for the motivation behind the public programs of the Renwick Gallery in interfacing with local artists.

After its formation the guild also began to participate actively with the Renwick Gallery, the Plum Gallery and Georgetown University in their programs of visiting artists and lecturers working in metal. This involvement provides invaluable opportunities for more informal, personal interaction with some of the leading artists in the United States and abroad. Plum Gallery also notes that the workshop raised their consciousness about jewelry techniques as well as esthetics, aiding them in their selling efforts. For the gallery, the guild was both an inspiration and a source for local and national artists.

Lloyd Herman, director of the Renwick, also provided encouragement to the fledgling WGG. The establishment of the guild, he now reflects, was part of a development over the last 10 years by local artists to improve their professional standards by forming and joining an organization. In the first year of the guild’s formation, Michael Monroe, curator at the Renwick, addressed guild members on how to display jewelry, revealing techniques used by museum technicians.

Without a doubt, the unique political, social and geographic characteristics of Washington, D.C. contribute greatly to the success of the WGG. In fact, the guild responded to the need for a greater sense of local community in an area where priorities often revolve around more international interests. Washington, D.C. is too frequently identified only as the nation’s capital, a city whose populace struggles constantly to assert its social and political independence. Yet as the nation’s capital, Washington provides easy access to influential personalities, institutions and events. 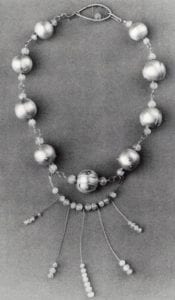 These extraordinary opportunities are easy to take for granted and, fortunately, almost impossible to ignore. It is the juxtaposition of these elements that created the perfect climate for WGG. What began as an effort to develop a sense of community grew to complement the well-established cultural integrity of a major American city. What is local is national, and the innocence of the WGG is nurtured by the sophistication and resources of the big city.

Collaborative planning and combined resources continue to enhance workshop, lecture and seminar opportunities for the organization. Of the last, the 1982 “American Metalsmithing and Jewelry in the 1940’s and 50’s” research conference, sponsored by the Renwick Gallery, The Archives of American Art, Boston University’s Program in Artisanry and Metalsmith magazine, and hosted by WGG, is among the best remembered. These cooperative efforts result in education and exposure to talent that would otherwise not be possible, considering each organization’s own fiscal, managerial and time constraints. 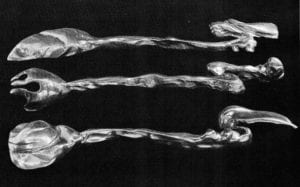 Interaction with the public began in 1979 when the guild exhibited its members’ work in its “First Annual Exhibition” at the gallery in Glen Echo Park, Maryland. Only one year after its formation, the guild’s entries reflected a marked increase in professionalism and artistic achievement, substantiating the expectations of its founders. Extensive participation as a member of the Creative Crafts Council of Washington’s Biennial Exhibit further established the guild as a full partner in Washington’s artistic community.

The guild’s internal activities include meetings at which business is discussed, critiques of members’ work are offered and slides are presented. Often at these meetings members exchange technical problem-solving information and thereby make choices about invitees to future workshops. 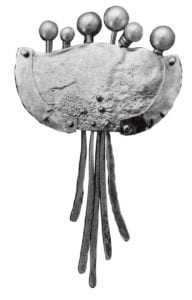 Following Raber’s lead, Gail Goldman became president in 1980. Those first years were ones of discovery and growth, both for the organization and for its individual members. Goldman issued a questionnaire from which she was able to ascertain member needs. Under her leadership, the guild began to focus on education through an expanded workshop program. Through word-of-mouth and public exposure, the guild established an active identity within the metalsmithing field. In 1982, it sponsored its first professionally juried show, one of the many visible signs of its success. “Metalwork 1982” held at Montgomery College in Rockville, Maryland, realized one of the basic goals of the WGG.

In the quality of the work, the production of the exhibition and the response by viewers and critics alike, it forged an alliance among guild members, the arts community and the audience. As a result of this show, unsolicited invitations to WGG members to exhibit work on a regular basis came from two of Washington’s leading galleries, the Plum Gallery in Kensington, Maryland and the Mimosa Gallery in Washington, D.C. These two galleries have subsequently contributed significantly to the growth and importance of contemporary American jewelry and metalwork in the metropolitan Washington area. 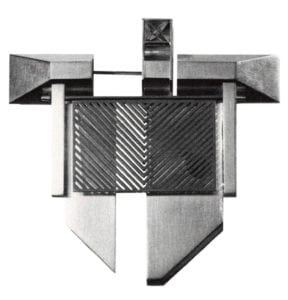 Under the current leadership of Joke van Ommen, the guild has relined its objectives, particularly in its internal communication, increased its services and strengthened its visibility. The newsletter, at first literally a letter from the president outlining guild activities, is now an impressive 10-page publication, including information on forthcoming workshops and courses, special reports on conferences and seminars, announcements of exhibition and sales opportunities, critical reviews, technical discussions and illustrations, classified ads and an events calendar tailored to the interests of the metalsmithing community. The guild has recently published a handsome membership directory, which not only lists names and addresses of its members but also includes resource directories for periodicals and for national and local organizations relevant to the field of American crafts. 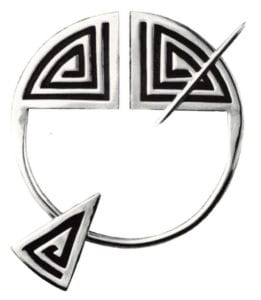 Acknowledgment of the creation and development of the WGG only begins to define its critical role in the professional growth and personal fulfillment of those individuals associated with it. The real success of the guild is predicated on the strength of its leadership, the interest of its followers and the unique quality of the parts that comprise the whole. Bonded by a common denominator of personal trust and respect, the guild functions as a community in and of itself. Whether it addresses education, service, community interaction, promotion or visibility, the Washington Guild of Goldsmiths has achieved an identity and nurtured the pride and loyalty so necessary to counter the challenges imposed by today’s social and economic realities.

The Washington Guild of Goldsmiths’ Membership Directory can be ordered from: WGG, Studio M-1 , Torpedo Factory, 105 N. Union St., Alexandria, VA 22314; include $1 for postage and handling.

Gail Goldman recently moved to Denver from Washington, D.C. where she maintains a studio and is the director of Individual Artist Programs for the Colorado Council on the Arts and Humanities

All articles by this author
Previous A Metalsmith’s Guide to Germany
Next Metal Spinning Part 3: Tooling
Social media