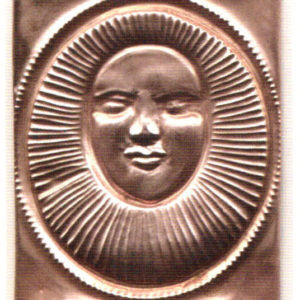 This second conference, sponsored by the W.W. Carpenter Enamel Foundation proves to be an exciting week of activities, lectures, hands-on experience, and fun!

Lectures by workshop instructors, demonstrations, discussions and presentations will fill the conference. A highlight will be a demonstration of Ben Caldwell’s double-torch large-scale panel technique. Ben will give a demonstration of his technique on the first day of the conference, and he will hold a lecture Q&A session on the second day of the conference. Ben’s enormous and interesting results can be seen at various galleries, and has recently been exhibited in the lobby of Tower 49 in New York City (see GOM Vol. 27, No. 2, April ’08). An overview of Ben’s technique can be found in Glass on Metal, Vol. 26, No. 4, page 76.

Conference Fee will be $125 for current Glass on Metal subscribers; non-subscribers will be charged $170 for the two-day event, which includes a one year subscription to Glass on Metal and two boxed lunches during the conference.

In Enameling, How Do You Spell Relief?
Basse Taille, of Course

In a wink, this short class will bring the flat to the dimensional under enamel. The depth of transparent color transforms the near-flat into a new realm of depth and beauty with relative ease. And, it is economical. The use of copper tooling foil transforms near-nothing into mythic reality with a single coat of prepared transparent enamel. 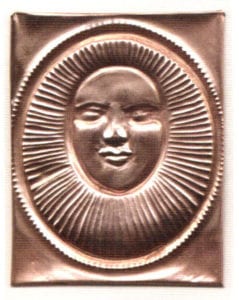 As it is or as it can be applied, this old information brings new insight to the simplicity of both the art and craft of enameling without the paint-on-paper attitude ever so evident. Out of the box, the old is made new.

Bill Helwig is the guide and his class is limited to sixteen participants, but you might want to enroll in both pre and post conference workshops for the experience of soaking and expanding like a dry sponge for your inspired sake.

Bill Helwig has been enameling and teaching for more than 40 years. He was the first editor of Glass on Metal Magazine. In 2001, he received The Enamelist Society’s Creative Arts Achievement Award for his abilities as an artist, technician and teacher. He is a resident teacher and quality Control Manager at Thompson Enamel.

The Atelier Faure was an enamel studio in Limoges, France, starting in 1919 and employing various artists through the 1970s, making unique enamel vases and vessels known for their unusual ‘built-up’ carved textures and outlined florals with transparent color over foil. 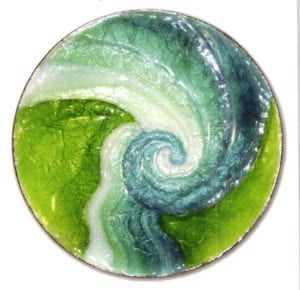 In this workshop, you will learn procedures as were done in the Faure workshop, as passed along by Faure enameler Mauricette Pinoteau. You will also be shown alternate materials and procedures. They include: Image transfer, silver foil application, color application, 40-mesh enamel build-up, and critical firing time and temperature. We will work on shallow dish forms or small pendant shapes. For more information on the Faure technique, and additional images of the Faure Studio and work produced at the Atelier, see the book Camille Faure: Impossible Objects by Cork Marcheschi.

Tom Ellis is a former Resident Enamelist at John C. Campbell Folk School, and former Editor of Glass on Metal Magazine. He is a Resident Teacher and Laboratory Technician at Thompson Enamel.

In this workshop, Harry Burnett will share his technique of creating decals for firing onto ceramic and enamel substrates. He will guide the student through acquiring a digital image, altering it in photo editing software for proper tonality and balance, and will show the pupil how to print and transfer the image to water slide decal sheets, using his own formula for ceramic ink. The printed decal can then be transferred to a pre-fired enameled surface, and fired onto the panel or object, leaving a permanent image. 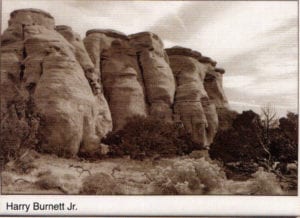 Harry L. Burnett Jr. worked for 32 years as a photographic engineer at the U.S. Capitol Building, serving under three of the nine architects appointed since George Washington. Harry is a Master Photographer as recognized by the Professional Photographers of America, and has also been given an Award of Technical Excellence by the Society of Glass, Ceramics and Decorators for his work with permanent photographic decals.

Enameling with the Eutectic Process

Come explore this exciting process where over fired silver on enameled copper melts, expands, and creates a crystalline metal accent.

We will work to control our results by using different firing temperatures and duration in the kiln, torch firing, and by using various colors. 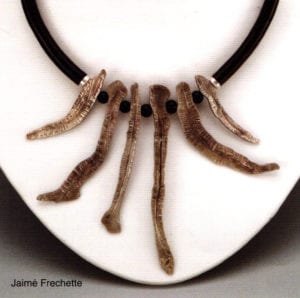 This is purely an experimental technique which can add a new dimension to almost any copper enamel surface. We will use flat tiles and shallow vessels to create unique, one-of-a-kind pieces of art.

Jaime graduated with a bachelor of fine arts degree in metalsmithing and enameling from Kent State University, renowned for their enameling program. Studying with distinguished artists in the field nurtured her creativity which reflects in her current design. While Jaime is well-versed in classical enameling techniques, she prefers to work in experimental methods and materials.

Jaime teaches enameling and has written about her techniques in Glass on Metal Magazine. Her work is featured in several galleries throughout the Midwest, and the artist can be found at various fine art and craft shows. Jaime has won awards for her work and is currently collaborating with interior designers on wall sculptures for dwellings and work spaces.

There are times when you want to repeat an image or cover multiple areas quickly and controllably. This workshop will explore the creation and use of reusable, sequential stencils as a tool to quickly produce and reproduce multiple, repeatable color areas – areas that can then be developed with sifting, painting, Riso, or any manner of surface manipulation. When we are through, the humble stencil won’t seem so humble any more. All levels welcome, but some basic enamel experience would be helpful. 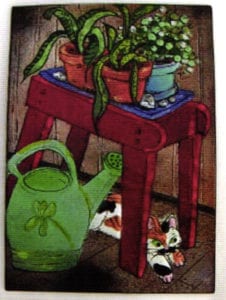 Susan Hunt is a full-time production enamelist living in Wilmington, Ohio. She has been selling her work at art fairs around the country for over 20 years.

Ganoksin is sponsored by
In association with

Volume 27, Number 3, June, 2008
Glass on Metal is the only publication dedicated to enameling and related arts. Technical information, book reviews, how-to articles and insight on contemporary enamelers highlight each issue.
Category:
About the author