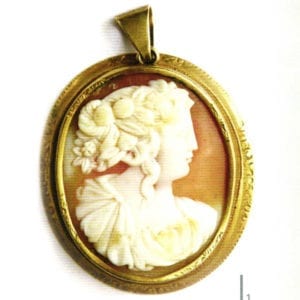 The art of carving images onto gemstones is several thousand years old. During antiquity, the cameo (also known as camée) carried huge significance. The term refers to a raised cut of stone created from agate, carnelian, jasper, igneous rock or a mollusk shell. Cameos date back to the 4th century BC. The technique comes from the days of the Ptolemaic state of Alexandria. From here, they conquered the Hellenic and later the Roman world. 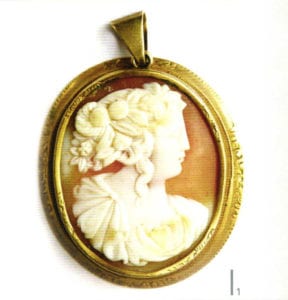 Classic cameo with portrait of a woman from the Renaissance period, Kassel State Museums 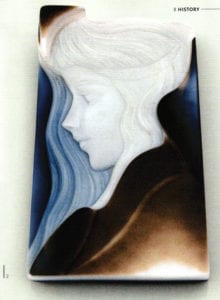 The term comes fr om the Italian word chama meaning shell. Given the different tones of the stone or shell, mos t cameos involve removing the lighter from the darker layer. The result is 3-dimensional miniature work of art which tells a story. During antiquity, cameos were to be found primarily on brooches, diadems, necklaces and chains. They often feature dainty female profiles or classic deities such as Nike, Aphrodite or Minerva.

Cameos came back into fashion in the Renaissance and later due to the excavations in Pompeii in around 1748. The tranquil Hunsruck village of Idar-Oberstein has the skill and expertise of its engravers to thank f or its poignant role as an international center  for gemstones. Until the middle of the last century, cameos were regarded as classical pieces of jewelry; afterwards they were denounced as old-fashioned. This ancient technique is now coming back into fashion, with a fresh new interpretation. And just like 2,500 years ago, motifs of women continue to form the centerpiece for many gemstone sculptures.