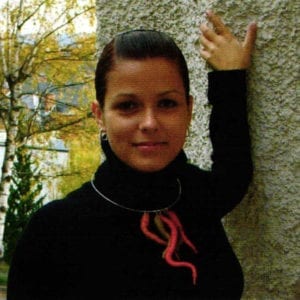 The Austrian city of Steyr has been a trading post for iron and a center of metalworking for many hundreds of years. It is therefore logical that this place should also train young people in metal design. 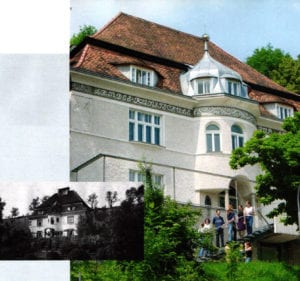 The Blümelhuber Villa: A place of education, then as now

The history of the Arts and Crafts College at the HTL (Federal College for Further Education) Steyr is closely linked to the master steelworker Michael Blümelhuber and his residential home. Around 1900, Blümelhuber, the son of a sword maker, lived and worked in the city of Steyr in Upper Austria. The talented young man initially completed his apprenticeship as steelworker in the Werndl Ironworks. In 1885 he completed his studies in iron and steelwork at the craft college that is still there today. Afterwards, Blumelhuber devoted himself to setting up a master’s studio for steel carving in an attempt to bring about a revival of this increasingly rare skill. At the craft college, masters and journeymen were able to extend their skills and learn from each other. Today, following extensive renovation, the so-called “Blümelhuber-Villa”, his former residential address, which accommodated the craft college, is one of Austria s most modern and beautiful workshop buildings. 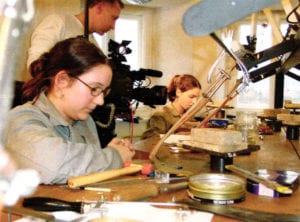 Practical work in the workshops

This year, the arts and crafts college will celebrate its 110th anniversary More than ever before, it is an environment that fosters the growth of creative juices, allowing young students to develop. At the moment, the college offers courses in jewelry and objects, engraving and metal sculpture. The main focus of the education is on design that attempts to suit the needs of society: indeed, good design has been a recognized competitive factor for a long time in the business world.

Many of the students at the Steyr Arts and Crafts College tend towards the professions of “gold and silversmiths”, seeking their professional career in trade, commerce and industry as freelance jewelry designers or as designers in the real and costume jewelry sectors. The curriculum does not focus solely on designing beautiful jewelry but instead the students also design functional and attractively formed objects such as salt and pepper shakers, paperweights, clothes hangers or book rests in class.

Example of a student project, in which pendants that can be filled up are to be produced

The training to become an “engraver, metalworker and costume jewelry designer” is the one that stretches back the furthest in the history of the school. The directors at the school are particularly concerned with combining tradition and new technologies; in view of the broad-based nature of the education that is created as consequence, students can look forward to an interesting professional future. For example, they have good opportunities in the costume jewelry business, as engravers, as stamp makers, as medal makers, in form engineering for the plastics industry, in design or in manufacturing prototypes for the consumer durables industry. 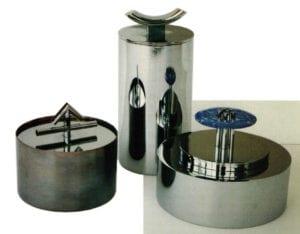 Metal receptacles, manufactured by apprentices in their 3rd year

The course in “art smiths and metal sculptor” that has been on offer since 1989 is intended to cater to the demand for the qualified education for the new generation of metalworking companies. In addition, it is intended to educate arts and crafts specialists, offering profound knowledge of traditional techniques and new technology, so that they can work in restoration and also as contemporary metal designers. In the field of artistic metalworking, graduates are qualified to work as metal sculptors and also in the more traditional field of decorative metal working. 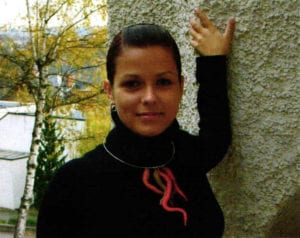 The college is structured to offer a four-year professional training course; the qualification at the end is equal to that in the profession the graduates intend to pursue. The graduates can immediately be integrated in the career world in the commercial or industrial sectors. It offers students that wish to start their own professional lives directly a qualified education. 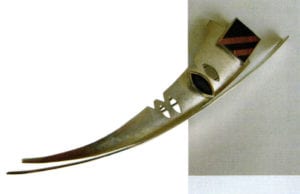 Student work on the topic of pin jewelry

From 2004/2005 onwards, the Steyr College will offer university entrants and graduates from relevant colleges with design ambitions a further education course, the first of its kind in Austria: in its new Lecture series in object design – metal, the arts and crafts college offer university entrants a basic training in design and crafts implementation. Graduates from art colleges will receive their university entrance qualifications here. The subjects of product design and marketing are offered alongside the lectures, as the graduates should close the divide between production and marketing in small to medium-sized commercial companies as employees with creative or design skills. 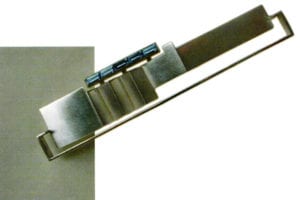 “A Lecture series in object design – metal, as foreseen here, could close a loophole in the Austrian education system, as at the moment there are neither further education courses in design for specialists in the metal sector nor are there artistic courses for university entrants that integrate basic technological skills in addition to creative skills,” says Ulrike Stoiber- Postelmair, Head of Department at the college. She is convinced that “a lecture series in object design would make a significant contribution to the “transparency” in the school education system and would be a further step towards avoiding young people getting caught in ‘dead ends’ in their personal education choices.”

The college attempts to instill in its students the knowledge that graduates should not simply attempt to establish themselves in their own small regions, but instead should make use of the opportunities of international mobility. In this context, particularly gifted students also receive language teaching in order to be prepared for the option of working abroad. Guest students from all over the world are also more than welcome in the Blumelhuber Villa. However, the college must itself be internationally present if it wishes to offer its students an international field of operation. This year, following on from 2003, the arts and crafts college has for the second time taken part in one of the world’s largest jewelry fairs, the “Inhorgenta Europe” in Munich, presenting its range of products, informing interested parties and making contacts to international manufacturers and education centers.

All articles by this author
Previous Antonio Bernardo: Jewelry, to Touch Hearts
Next Otto Künzli: Freedom of Opportunity
Social media