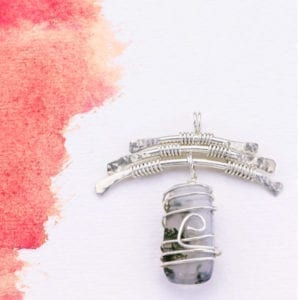 How to Choose Silver Jewelry Wire

Most jewelry making disciplines, from assembly to fabrication, require the use of bulk silver jewelry wire in some capacity. Choosing the right bulk wire materials and using them properly requires understanding many concepts. A few of the most important terms you’ll need to know are “gauge,” “temper,” “work hardening,” and “annealing.” These terms relate not only to wire but also other raw materials such as sheet, as well as jewelry findings like jump rings, ear wires, headpins, and blanks. So, whether you prefer beading, wire wrapping, or fabricating jewelry at the bench, you’ll come across them sooner or later.

Gauge indicates the thickness of the metal. The thing to remember about gauges is that the smaller the number, the thicker the metal. This takes a little getting used to, since it’s so counterintuitive at first.

In the chart below, you can see the gauge on the left — the actual thickness of the wire shown in the center line illustration — followed by the diameter in both millimeters and inches. If you print this chart at 100%, it will be at actual size and could help you considerably as you choose your wire and sheet components. 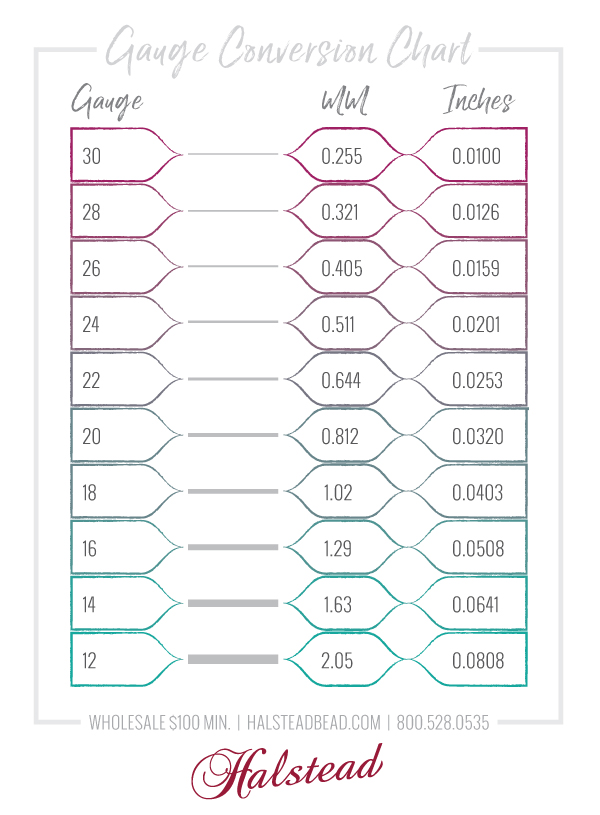 (click here to show actual size and print chart, if you wish)

Before we can discuss temper, let me first explain work hardening and annealing. Whenever you manipulate metal, you change its molecular structure. Whether you are pounding it with a hammer to form it, or wire wrapping a pendant, the molecules are shifting, which causes the metal to harden. With metal, this is a natural occurrence called work hardening.

If you continue to work the metal, it will eventually get brittle and break. However, you should understand that work hardening isn’t a bad thing. Sometimes, you want the metal somewhat work hardened, so that it’ll maintain the form you’ve created instead of being soft and pliable. But, you also want to make sure that you don’t push the metal too far to the point of fragility.

To prevent that from happening, metalsmiths will anneal the metal. Annealing is the process of heating the metal to soften it. When you work harden the metal, the molecular structure shifts, but when you apply enough heat to it, the metal returns to its original structure. This allows you to continue working with it. You can cycle through rounds of work hardening and annealing repeatedly as needed.

Unfortunately, you don’t have that annealing option when you’re wire wrapping or weaving. These two techniques put a great deal of stress on the wire. However, bending the wire closest to the wrap you’re creating will keep the remainder of the wire soft.

Temper refers to the hardness of the metal. During the manufacturing process, jewelry wire is drawn through draw plates. This not only stretches the wire into the gauge needed but also work hardens it. 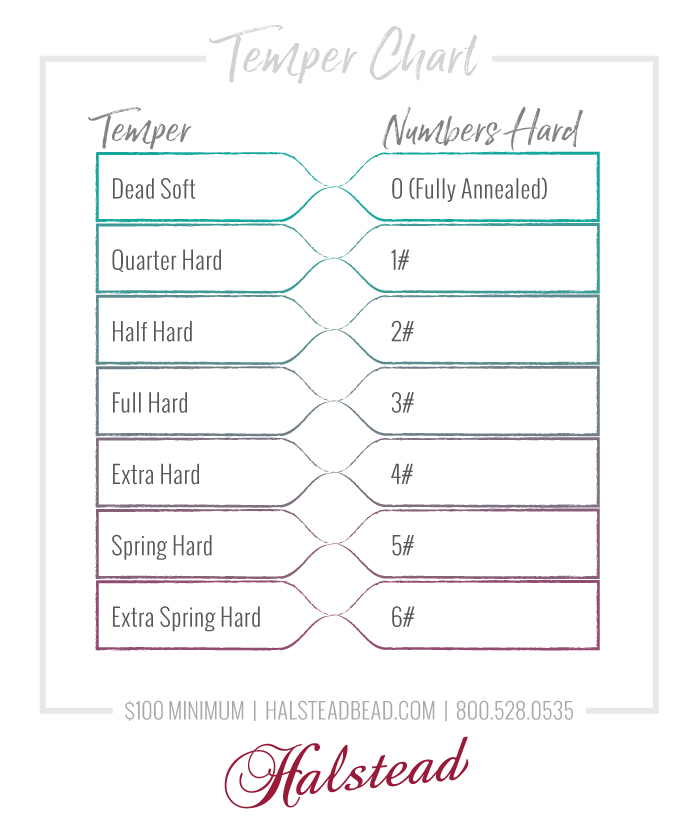 You’re probably wondering how to choose the correct temper for your line of jewelry. As you gain more experience working with metal, you’ll begin to judge for yourself the tempers you’ll need for your various projects. However, here are a few general choices that may help.

The temper you need depends on whether you desire malleability or solid structure in your raw material. For example, wire weavers usually prefer dead-soft wire that can be extensively manipulated before hardening. By contrast, you may want half-hard material for ear wires to ensure they’ll hold their shape once formed. Even then, you may wish to harden them further in a tumbler for long-term wear.

Choosing the right gauge is crucial, whether you’re choosing silver jewelry wire or sheet products. Most of these are personal choices and may change as your skill sets advance, but gauges for certain findings, such as ear wire and earring posts, are pretty standard. Here’s a chart of popular gauges used in certain jewelry applications. 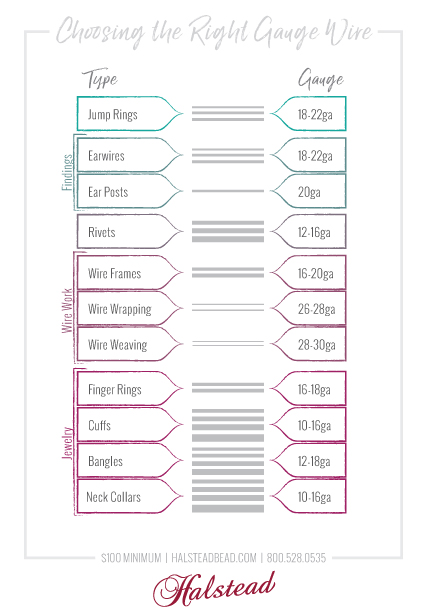 Halstead is one of North America’s leading distributors of silver jewelry wire. The firm is celebrating their 46th anniversary this year. Halstead specializes in findings, chain, tools and metals for jewelry artists.

All articles by this author
Previous 2006 February Book Reviews
Next Birthstones: Which one are you and what does it mean?
Social media