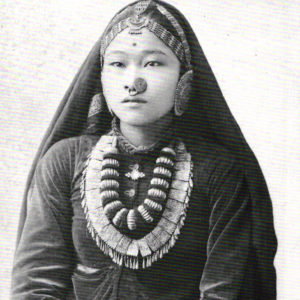 Proposing a Burden for Jewelry

“. . . he would end his days . . . at liberty except for an iron ring round his ankle to show he had been afflicted by God.”
—Graham Green,

Introduction to The Heart of the Matter, 1971

A vocal faction currently claims that the limits of jewelry are wearability, beauty and salability. This faction maintains that a piece of jewelry succeeds when it serves as an attractive and decorative accent on the body, and that no further ambition is required. To ask for more is to impose an unnecessary burden.

I find such a view shortsighted and narrow-minded. Jewelry, besides providing a pleasant focus on the human landscape, has historically served another function as well: it is a carrier of meaning. In every preliterate culture that I can recall, and in many manifestations of pop-culture jewelry today, personal adornment has been used to communicate a tremendous variety of information. The purpose of ornament is rarely limited to merely looking good, so advocates of beauty and wearability as the only arena in which jewelry can act are proposing a severely attenuated field. A close examination of jewelry from any epoch and any culture in human history will serve to illustrate my point.

Because a number of engaging books have recently been published on African jewelry, including Africa Adorned by Angela Fisher, I’ll focus on that continent. Surely, the objects are dramatic and bold, the materials seductive or ingenious, the design highly refined. The Africans can teach us a great deal about unabashed and unashamed decoration of the human body; compared to them, most of our efforts are timid. But their jewelry is like their sculpture; taken out of context and seen strictly as a visual entity, half of the work is invisible. An African mask in a museum may look purely decorative, but in its original context the mask was part of a religious ceremony. It was a visual coding for a set of beliefs central to one group’s existence, and to the original audience it was as charged with as much meaning as the American flag has for us today.

The range of information contained in such jewelry is astonishing. Because of local variations in style, an individual could be identified with a particular village, and thus known as an “insider” or an “outsider.” The wearer’s wealth could be determined as well. Even a crisis or a trauma (Greene’s afflication by God) might be represented. All this information is coded in the design, and would be intelligible to any local inhabitant. To casual observers—we Americans—the coding cannot be interpreted, because we don’t belong to the original culture. But we still respond to design and craftsmanship. Even stripped of its wealth of meanings, much African jewelry is rich and dramatic, and we tend to react to the work in our own terms. 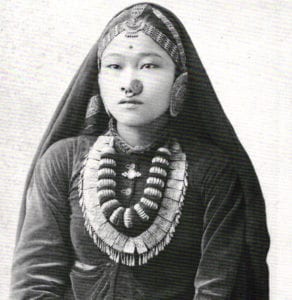 Perhaps it’s unfortunate that we choose to ignore the coded meanings in African jewelry. Such naiveté affords us the illusion that all jewelry is just a matter of good design. And while I applaud good design, I also advocate the addition of another agenda to American jewelry: the agenda of meaning.

It’s ironic that so many Africans, with no formal training at all, could create beautiful jewelry that also signifies so much. To them, using jewelry to clarify the nature of one’s relationship with neighbors, strangers and God is as natural as breathing. Nor is the jewelry weakened visually by having to perform two jobs at once. Here in America, on the other hand, some jewelers are offended by the notion that they might infuse their designs with something more than wearability and elegance. With all our training and access to vast amounts of information, why is the same project that the untrained African jeweler performs without a second thought so difficult to entertain? Why does the proposal of making jewelry have meaning sound so outrageous in some circles?

People from many walks of life use jewelry to announce particular messages. When the British punks wore razor blades and safety pins, they protested the class system (by conspicuously rejecting preciousness) and simultaneous showed the self-destructive streak flaunted by their subculture. A few years ago, American preteen girls would give each other plastic charms to wear on their shoes: the most popular kids would have wonderful piles of strange items on their feet. The gay culture in New York City invented ways to communicate their sexual tastes with handkerchiefs and key rings: one position would indicate passive/submissive, another dominant and so on. These are but three examples of how people invent meaning for adornment. It’s a universal activity on this planet, not an extremist idea at all.
At a recent SNAG conference, I called for more intelligence in this field’s production and our ideas. My presentation was not widely approved, and some people were openly hostile. Some felt that I was attacking the basic concepts of beauty and wearability in jewelry; I was not. I was merely suggesting that the field offers tremendous potential as a vehicle for new ideas—or even of old ideas newly stated. Jewelry is a unique vehicle, because, unlike every art form but clothing, it is portable and intimate. There are rich possibilities, but those who limit their thinking to beauty and comfort only are ignoring one of the greatest purposes of adornment. If many African’s know how to use jewelry to say important things about life, why can’t we?

All articles by this author
Previous Production Jewelers: Design, Marketing and Business
Next Rendering Design and Process
Social media

Little torch set up with LPG gas and compressed oxygen

LOVING our Steamshine steamer - anyone else?