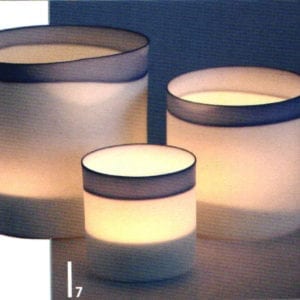 Porcelain: It’s in One Material

It is almost as if he had reinvented porcelain: work by the Belgian industrial designer, craftsman and artist Piet Stockman’s gives viewers a very new look at this traditional material.

“Human shell”: the human body as a work of art 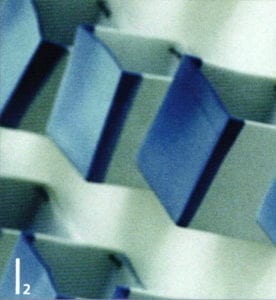 Wall installation in George A. Gardiner Museum of Ceramic Art in Toronto, Canada 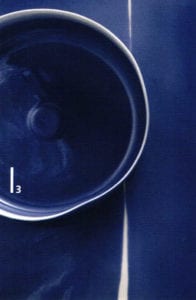 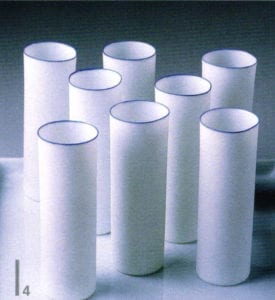 Far from the traditional crockery sets, the confectionery dishes or the lovable collector’s pieces, Piet Stockmans shows just what extraordinary potential there is in defining forms, which he teases out of the mixture of kaolin, feldspar and quartz. He quite consciously takes an entirely new approach. “So it felt urgent to break with this traditional imagery, to show… that exceptional things can be made. My first battle lay in overcoming and discarding the traditional concept of porcelain. It was very heavily laden with cliches. I sought to clarify the mysticism of the material,” is a quote attributable to Stockmans on the website of the American design company Arango, for which he created an exhibition 2002 in Miami. Stockmans’ products have a high recognition value: extremely thin, almost transparent, practically always in the cobalt blue that has now become his trademark, expansive or only as a delicate detail, as art objects, jewelry or even items for everyday use. Numerous awards and design prizes have ensured that the 66-year-old Belgian rose to become an artist and designer of global renown. Piet Stockmans designs collections in three different fields. These collections are defined by an almost poetic meaningfulness and clear language of forms.

In his Art Collection, the artist who was born in Leopoldsburg, Belgium, designs objects that appear to play with the onlookers. Repetitions, the frequent display of an originally functional object such as a dish, but which reveals an entirely different image when presented several hundred times and also assumes a non-functional significance. Wall installations lend the actually rigid material porcelain dynamism and its own life. He also investigates the connection between movement and rigidity in his “Human Shells” bodies, cast in plaster. His installation “Flying Saucers” on the outside of the UFSIA student restaurant in Antwerp also reveals a very subtle sense of humor. His work is now on show in internationally renowned museums and public buildings, for example in the Gardiner Museum in Toronto, the Metropolitan Museum of Modern Art in New York, Haag’s Gemeentemuseum in Den Haag or the Museo lnternazionale Delle Ceramiche in Faenza. 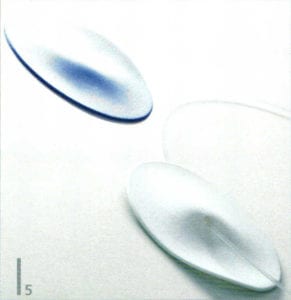 Piet Stockmans created the porcelain jewelry “Disc” for Niessing. The discs are strung on a nylon cord and worn as a pendant 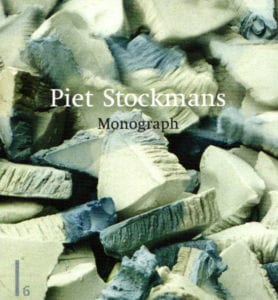 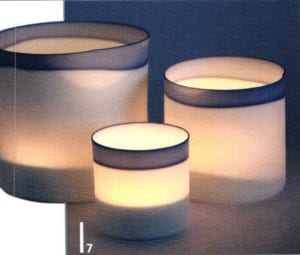 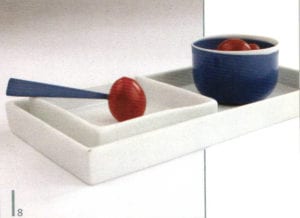 A large number of possible combinations: part of the tableware “Modus Vivendi”

In his Studio Collection, Stockmans creates products that unite industrial design with artistic style of the highest standards of design. The small series include interior products such as vases, bowls and candle holders, but also crockery, sold in Europe, the United States and Japan. He also creates crockery and jewelry work by special commission. This also marked the start of the cooperation with the German jewelry manufacturer Niessing around the mid nineties, for whom Piet Stockmans develops jewelry with clear forms. His “Stockmans blue” plays a very important role here too. Since 1997, his son Widukind Stockmans and the designer Frank Claesen have created pieces for the Studio Collection.

The Restaurant Collection is created in his studio and includes exclusive, hand-formed products that are only produced by special commission on behalf of some companies. This involves the creation of individually designed products that lend expression to customers style and standards.

Individual expression is always a topic for Stockmans: for example, users of the tableware “Modus Vivendi” have to be creative themselves, as it varies in form, color and size – so the host has to decide how to put it together. As there are scant common properties between the individual elements, hosts can base their decisions on criteria such as the guests personality or on their own creativeness in handling forms.

Simplicity, which can exude pleasant coolness and also inviting warmth, is in the focus of his work, which the artist describes as follows: “Creation is the result of activity and not of thinking. It is activity that generates ideas, which themselves give rise to other ones. It is a process in the course of which decisive choices are made in a mysterious way. It is the automatism with which the farmer ploughs the fields, a phenomenon that can be compared to the way prayers are used, mantras recited or everyday gestures repeated. It is a quest for simplicity, peace, physical well-being.” Stockmans satisfies this high standard with just one material: porcelain.