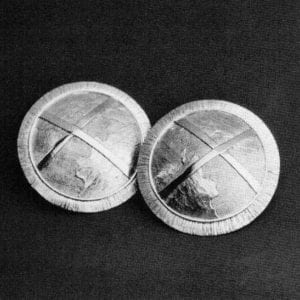 This year Johnson Matthey Inc., the world’s largest manufacturer of platinum group metals, in cooperation with the Society of North American Goldsmiths inaugurated the annual “SNAG Platinum Jewelry Design Competition.” Open to members of the society, the competition professed the objectives of: encouraging the use of platinum in new and different ways; expanding the jewelry possibilities of this precious metal; and providing an opportunity for metalsmiths to execute their creative ideas directly in platinum. Entrants to the competition were asked to submit one design in the form of a sketch or drawing. These were juried and designs by the 10 finalists were executed by the metalsmiths themselves with up to 10 dwt. of platinum provided by Johnson Matthey. The 10 finished pieces were then resubmitted for a final jurying to determine the prize winners. The Grand Prize of $1000 was awarded to Whitney Boin, New York City, for his flexible, layered, circular spoke earrings; two prizes of $500 each went to Lynda Wattson-Abbott, Santa Cruz, CA, for her platinum brooch, lightly sandblasted with colored oriental design and Philip Fike, Birmingham, MI, for his forged drop earrings, noted especially for their flexibility and lightness. The other finalists were: Helen Claire Cerwin, Rochester, NY; Michael Good, Camden, ME; Jane Groover, La Mesa, CA; Randall Gunther, Magdalena, NM; Terri Matheson, Tucson, AZ; Eric Russell, Philadelphia, PA; Susan Wood-Onstad, Mendocino, CA.

Following are statements by the judges of the competition: 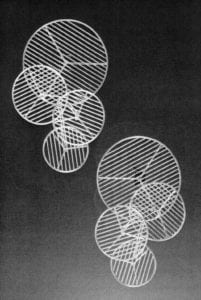 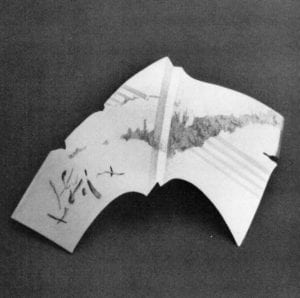 Grand Prize Whitney Boin Radar Earrings, circles are hinged and move freely from side to side. Photo: Jerry Valenti 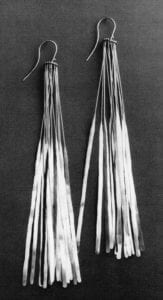 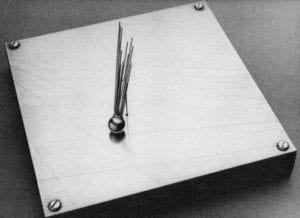 The diversity of ideas represented in the works of the 1983 “SNAG Platinum Jewelry Design Competition” was a most agreeable surprise. A wealth of technical expertise and visual exuberance was displayed in the designs and with particular grace in works that explored and exploited the special qualities of the metal. The machine-edged precision of Terri Matheson’s asymmetrical ear ornaments and Jane Groover’s evocative tool-like pendant earrings, and the seductive textures revealed in works by Randall Gunther and Eric Russell give some idea of the approaches and attitudes toward platinum that characterize this year’s competition.

Those design selected as the three award winners revealed the virtually unlimited potential of the material when masterfully handled by designers whose abilities achieved an admirable balance between esthetic goals and traditional craftsmanship. The icicle carousel earrings by Philip Fike reiterate both the strength and lightness of platinum, while Lynda Watson-Abbot’s sandblasted and subtly colored calligraphic landscape brooch examines the textual qualities of the metal. Whitney Boin’s articulated spoke earrings underscore the relationship between body ornament and body movement, capturing light in a series of interlocking planes while offering glimpses through the design; structure and visual qualities are reunited in this design with particular elegance and economy of materials. If the award winners in this year’s competition may be taken as a barometer of the contemporary jewelry designer’s awareness of platinum as a vehicle for new ideas, it may be hoped that inspired and challenged by the designs selected as the prize winners for 1983.

The “SNAG Platinum Competition” collection distinguishes itself, in my eyes, as a group of wearable jewels appropriate for a casual lifestyle. Formal or trendy jewelry which can find a comfortable place in trade competitions was not represented in the final selections, nor in the original submissions. In this exhibition the society has made an important statement, though in a small voice, to the consumer that platinum can be something other than a vehicle for precious stones and it can become a part of everyday attire. 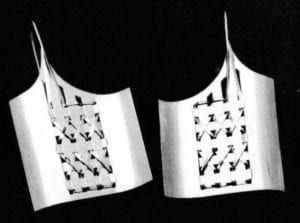 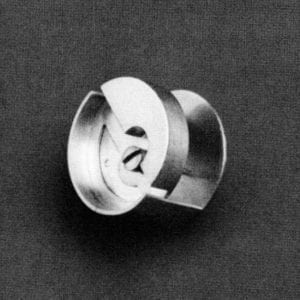 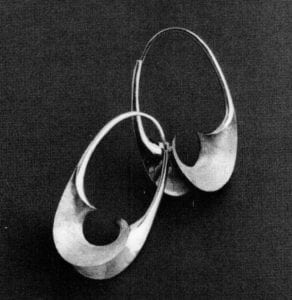 The exploration of the unique qualities of platinum was the principal eye-tickler for me. The selection of form, size, finish and other construction details appropriate to the theme was important. To a lesser extent wearability or the need to represent a variety of viewpoints overall was important. Salability was of no consequence. The drawings were reasonably skillful; although the mechanics of the piece remained a mystery.

Many of the submissions satisfied my criteria very well. The Grand Prize winner went beyond this. The earrings are large yet not heavy; bold forms yet delicate in detail; solid in some lights, transparent close-up; circles yet linear. Since each element is hinged, they move in multiple directions in response to the body. These contrasting and changing aspects make the earrings fascinate, provoking thoughts and feelings beyond the appreciation of platinum yet dependent upon the medium.

In assessing the entries for this competition, I placed value on both jewelry as ornamentation and invention regarding form and image.

Using the three prize winners as examples of jewelry as ornamentation, I found that in each case careful attention was paid to particular placement on the body. With Whitney Boin and Phillip Fike choosing an earring and Lynda Watson-Abbott choosing a pin format, each designer exploited the decorative potential of the medium while maintaining wearability. 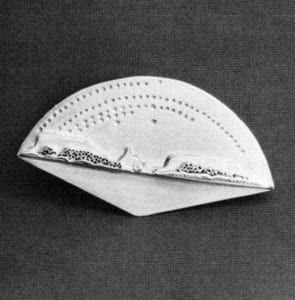 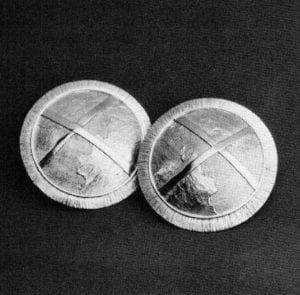 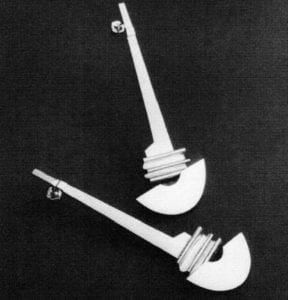 The prize winners are quite diverse in their particular views toward form and image. Whitney Boin clearly designates his platinum earrings to be computer-age ornaments. Their form and subtle articulated movement refer specifically to today. Phillip Fike’s work is not as specific, more timeless. His earrings contain references to ancient forms while reflecting contemporary concerns of decorative beauty. Lynda Watson-Abbot’s pin is perhaps the most personal of the three in that it combines unique graphic and three-dimensional concerns. Her painterly use of multicolored dyes, satin and matt surfaces indicates an Eastern sensibility while the form of the piece is clearly Western.

As an overall observation of the entries, I found that generally there was a concern for wearable, design-oriented jewelry. This may be a direct result of the 10-pennyweight limitation or the material itself. However, I think that the current socio-political climate of the country is a far more powerful influence. While I found most of the work to be visually pleasing, a few pieces were also expansive and challenging.