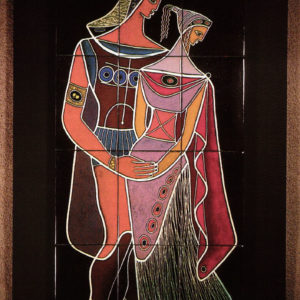 Ellamarie and Jackson Woolley. The names are always said together, blended as if they were one person. Yet this visionary West Coast couple, who raised the art of enameling to national recognition, were distinct individuals. It was the unique force of their two personalities and talents that made the team work. 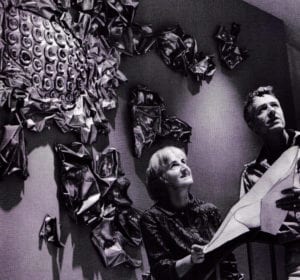 “We worked morning, afternoon, and sometimes into the evening,” Jackson said. “It was always a struggle. As far as carrying out a design, each of us did our own. I did most of the repoussé, and Ellamarie did the flat pieces.” 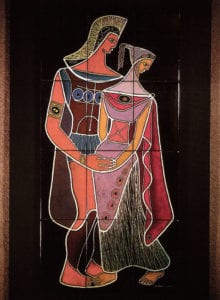 Work on a commission for the interior decoration of San Diego’s new Civic Theater was begun in 1963 and proved to be another breakthrough in materials and technique. At the time, the Woolleys were experimenting with crinkling and crushing lightweight copper. For a year, they folded and pleated 850 copper shapes, which would be placed flowing up the walls of the main auditorium and also used as reflectors around the lights. The reflectors were created to project a moment of magic light, just as the house lights dimmed and the stage lights went on. The only enamel incorporated in the designs was in two 10 foot x 16 foot relief sculptures in the Grand Salon. 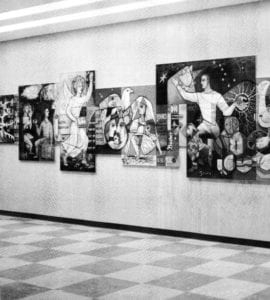 “The open, flowing, active forms of the design resulted from the natural characteristics of the copper when manipulated, so that the material was a full partner in every step of the creation,” Jackson stated.

For the largest repoussé pieces, Jackson had a mattress on the floor to use as a hammering base. “I really should have heated the metal,” he said, “but I found if I heated these bigger pieces, I would lose what I had done. So I worked with it when it was hard, and would just hammer away, wearing my little earplugs. We used the old copper/lead type from Ellamarie’s father’s print shop (Arts and Crafts Press), plus magazines and books to do the weighting for gluing. We had parts of it on the floor in the living room because we didn’t have enough room downstairs for all the sections!” 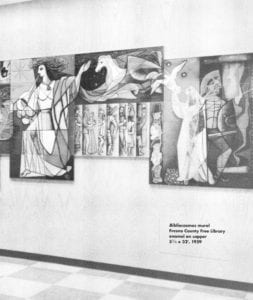 When the Civic Theater opened in 1965, with the Woolley’s copper forms in place, there was immediate controversy. Although there was some positive response, the most vocal critics, from theater patrons to local newspaper columnists, called the work “copper Reynolds Wrap” or “cookie cutters.’ Over time, sections were removed, and both the lights and copper elements arching over the proscenium were taken down. Neglect and a heavy layer of gray dust dulled what was left. In 1978, Jackson requested that the remaining work be removed from the theater. It has since been sold by the city piece by piece, to avid collectors of the Woolley’s art.

The couples last and largest mural was Variations on a Gold Theme, a 12 foot x 36 foot work over the main entrance to the First National Bank (now Union Bank), in downtown San Diego. The 375 pieces, which fit together to form the mural, incorporated both transparent and opaque enamels as well as patination over repoussé copper. The old alchemists’ symbol of gold, a circle with a dot in the center, was used freely throughout the design in conjunction with motifs of ancient and modern coins. 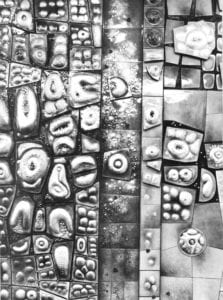 The completion of their largest mural also served as an abrupt turning point in their careers. Although through the years each had continued to work on individual pieces, there was always a collaboration on large projects. Now they determined that they would find their separate artistic paths.

Ellamarie began to incorporate hardedge geometric designs and photo silkscreen techniques in her enamels, using the shape as an integral part of the work. Many of the intense colors were used with a linear style to achieve the effects of optical illusions on flat plane surfaces. She also began to combine other materials – wood, fiber, wire – with the enamel. This new direction resulted in a grant from the NEA. “I realized that I had acquired some personal clichés of design and technique that I was using in a automatic way to do things I knew too well how to do,” she explained in an artist’s statement from that period. “An upheaval, a new start, a fresh eye were needed. While the enameling process used is really quite elemental, it has been the most demanding and difficult work I have yet done. There is no place to hide!” 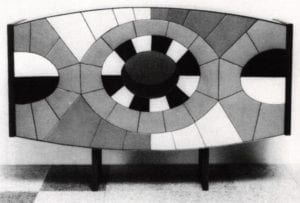 The Woolleys once again achieved acclaim. Their enamels had already been shown in numerous prestigious exhibitions, including five at the Museum of Contemporary Crafts in New York. In 1972, they were given a two-artist show at the same Museum: Ellamarie and Jackson Woolley/Enamel and Plastic.

After Ellamarie’s premature death from cancer in 1976, and an extensive six-week retrospective exhibition of her work at the San Diego Fine Arts Gallery, the next year, Jackson retreated from the larger arts community. Eventually, failing eyesight and a 40 percent hearing loss, which he attributed to hammering metal without the more sophisticated ear protection which is now available, sent him deeper into seclusion. He received few visitors without a carefully scheduled appointment. 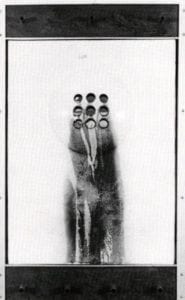 Yet even in 1990, at the age of 79, he remained a charismatic and handsome man. His dignified, assured carriage, long white hair, and white beard were a reminder that he had been a Shakespearean actor in his pre-metals days. He talked of Ellamarie and their lives as artists. Although Ellamarie had been gone for 14 years, her presence was strong in the house, both in her works on the walls, and obviously in Jackson’s thoughts. He mentioned her often. 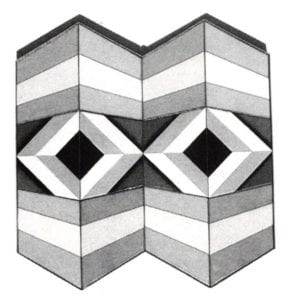 Over four decades after that first experiment with putting some enamel on copper, Jackson mused, “It’s almost like magic because you put this powder on and it melts and becomes something else. The colors are so good and so different from paint. You can be more rash about the kind of colors and the brightness you want, sometimes in ways that in paint will look cheap because it doesn’t have the enamel feeling and depth and hardness, the permanence.”

The house had a Zen-like sense of order and quiet, with sparse furniture – crafted wooden frames with bolsters – giving the vibrant artwork center stage. Enamels were everywhere, from the pulls on the dining room cupboards to the over to immediately recognizable “Woolley enamels” on the walls, to the repoussé pieces on the cantilevered fence outside. Their silk-screens waited in the studio, and in the “factory” room on the lower level, works in progress lined tables and walls. 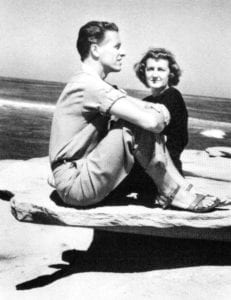 Jackson Woolley was diagnosed with a malignant brain tumor in September, 1991. He spent the next few months organizing his files and slides, and making personal arrangements. He was in bed only one week before he died in his sleep, without pain, last January. Per his wishes, he was cremated and the ashes were scattered in the Pacific Ocean that glimmered as far as the eye could see from his living room window.

The lives of Ellamarie and Jackson Woolley have ended, but their legacy remains in public spaces, and private and museum collections throughout the country. Their spirits live on, captured in glass on metal.

Janice Keaffaber is a writer living in San Diego.